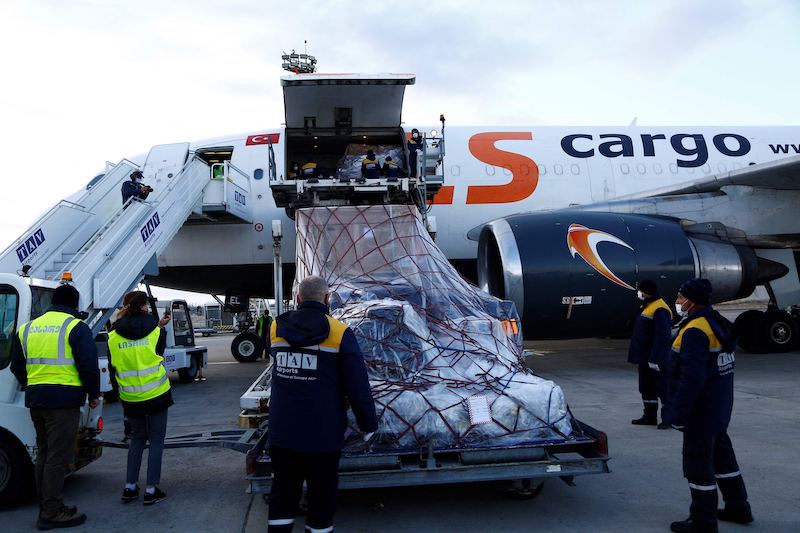 Michael Ryan, Executive Director of World Health Organisation (WHO) Health Emergencies Program, said on Monday that the "inequitable" COVID-19 vaccine distribution was a "catastrophic moral failure" and a "failed opportunity."

Speaking at a virtual press conference from Geneva on Monday about the recent rise of cases in Europe -- up by "12 percent" in the last week -- Ryan stressed that there was no "golden solution" to end the pandemic.

He said that many countries have the strategy to "get enough vaccine" and "push enough vaccine to people," assuming that the COVID-19 pandemic would be shaken off with vaccine

"I am sorry, it is not(the case)," he said. "There are not enough vaccines in the world, and they are distributed terribly iniquitously."

"In fact, we have missed a huge opportunity to bring vaccines on board as a comprehensive measure," said Ryan. "It is not only a catastrophic moral failure, but it is (also) an epidemiologic failure."

Global infections rose up in the last week. Among the most affected places was South Asia, which saw a surge of 49 percent in the number of cases, with India taking the bulk of the rise. Another hotspot was Western Pacific, with the Philippines and Papua New Guinea accounting for most of the 29 percent increase.

Meanwhile, the gap in vaccine procurement between richer and poorer countries "is growing every single day," warned Tedros Adhanom Ghebreyesus, Director-General of the WHO, at Monday's press conference.

As the world is struggling to contain the pandemic, vaccination is underway in an increasing number of countries with the already-authorised coronavirus vaccines.

Meanwhile, 264 candidate vaccines are still being developed worldwide -- 82 of them in clinical trials -- in countries including Germany, China, Russia, Britain, and the United States, according to the latest information released by the World Health Organization.