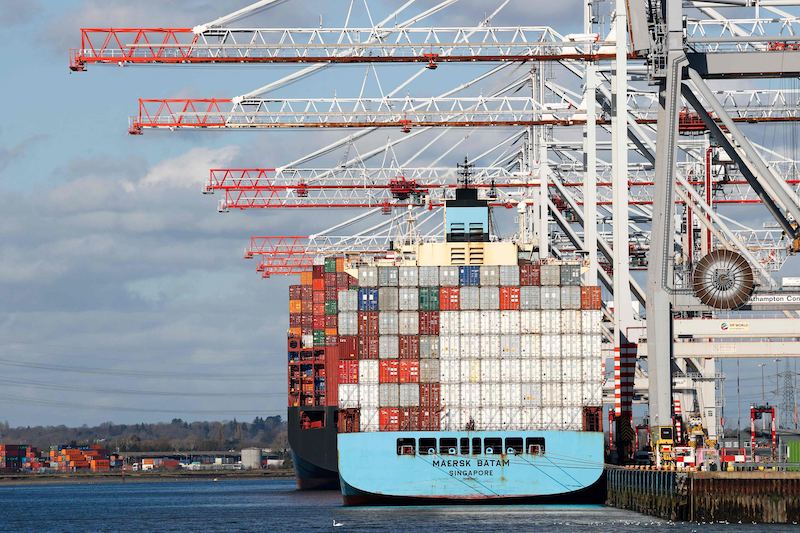 The United States and the European Union agreed to temporarily suspend tariffs levied on billions of dollars of each others' aircraft, wine, food and other products for a four-month period.

According to The New York Times, US President Joe Biden and Ursula von der Leyen, the president of the European Commission, agreed in a phone call on Friday to suspend all tariffs imposed in the dispute over subsidies given to Boeing and Airbus for "an initial period of four months," von der Leyen said in a statement.
The suspension allows both sides to focus on resolving this long-running dispute. It provides an important boost to EU exporters since the U.S. had been authorised to raise tariffs on $7.5 billion of EU exports to the U.S. Similarly, EU tariffs will be suspended on some $4 billion worth of U.S. exports into the EU, according to the European Commission.

"President Biden and I agreed to suspend all our tariffs imposed in the context of the Airbus-Boeing disputes, both on aircraft and non-aircraft products, for an initial period of 4 months," she said.

"We both committed to focusing on resolving our aircraft disputes, based on the work our respective trade representatives. This is excellent news for businesses and industries on both sides of the Atlantic, and a very positive signal for our economic cooperation in the years to come," Von der Leyen added.

According to a White House statement, Biden "underscored his support for the European Union and his commitment to repair and revitalize the U.S.-EU partnership."

"Noting our shared values and the world's largest trade and investment relationship, the leaders agreed to suspend the tariffs related to the World Trade Organization (WTO) Aircraft disputes for four months and to work toward resolving these long-running disputes at the WTO," The White House said.

NYT further reported that The World Trade Organization had authorized both the United States and Europe to impose tariffs on each other as part of two parallel disputes, which began almost two decades ago, over subsidies the governments have given to Airbus and Boeing.

Former President Donald Trump took a "more adversarial and aggressive stance" toward the bloc. He accused it of cheating the United States on trade and imposed tariffs on European metals, aircraft and other products. Trump also threatened further tariffs against European automakers.

The Biden administration has said it would restore ties with the E.U., formerly a close ally, as it seeks to form coalitions to take on bigger global problems, like China's unfair trade practices. The US has committed to pressing Europe for a settlement on the aircraft dispute, as well as other continuing trade spats over metals, digital service taxes and other issues, according to NYT.

"Finally, we are emerging from the trade war between the United States and Europe, which created only losers," Bruno Le Maire, the French finance minister, said on Twitter adding that a burden would be lifted for French winegrowers, whose sales have been pummeled by steep retaliatory tariffs that the Trump administration imposed on imports to the United States.

In a joint statement with the European Union, the Office of the United States Trade Representative said the suspension would take effect "as soon as the internal procedures on both sides are completed" and that the agreement signaled "the determination of both sides to embark on a fresh start in the relationship."