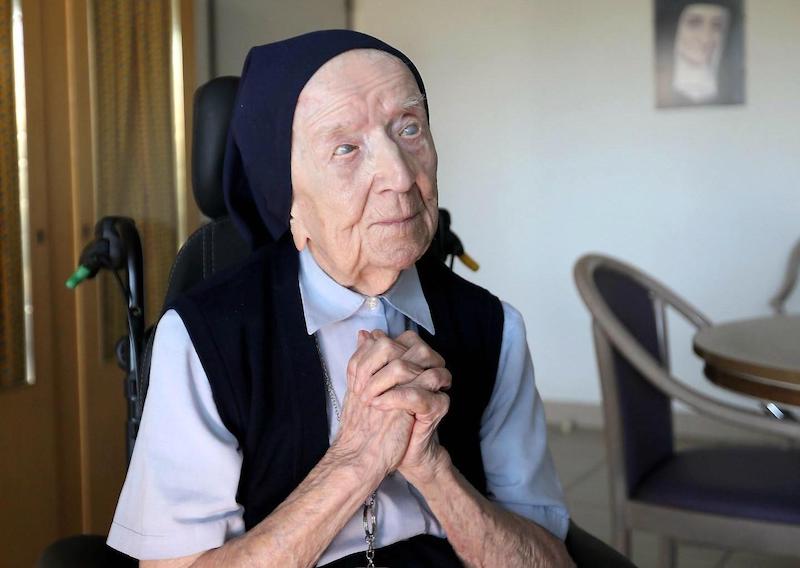 Europe's oldest person aged 117-year-old has survived the coronavirus after living through two world wars as well as the 1918 Spanish Flu pandemic.

Sister Andre, a nun who was born in 1904, tested positive for the virus on January 16, according to David Tavella, communications director at the Sainte Catherine Laboure nursing home in Toulon, southern France, where she lives, CNN reported.

Sister Andre, earlier known as Lucille Randon, became a nun in 1944 and shifted to the nursing home in Toulon in 2009.

She had shown no symptoms of coronavirus, CNN reported.

As 11. of February was her birthday, her meal had all her favourites -- foie gras, baked Alaska and a glass of red wine.

"She drinks a glass of wine every lunchtime," Tavella said.

He further said that though no visitors were allowed at the nursing home, she received video messages from her family and the local mayor, and also took part in a video Mass.

"Sister Andre's birthday is taking place at a good time -- it couldn't be a better time, because it will mark the beginning of big festivities that will be organized around this relaxing of our restrictions," Tavella told BFMTV.