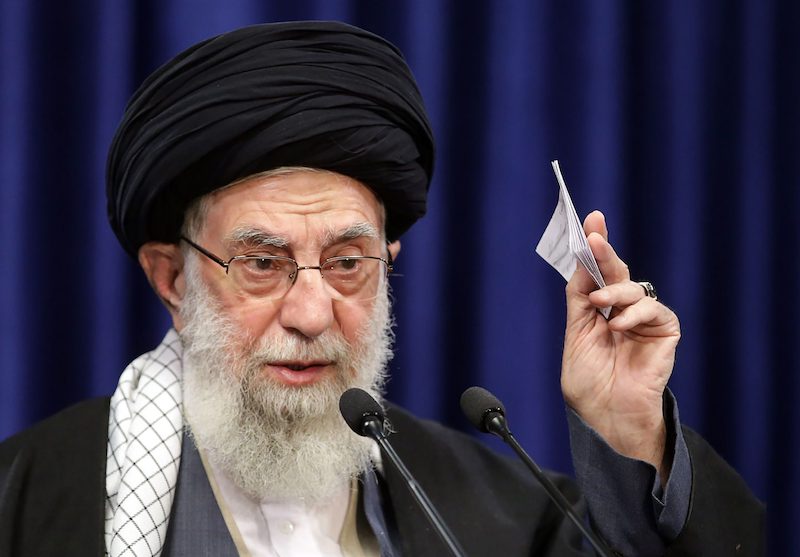 US President Joe Biden on Sunday (local time) said that he will not lift sanctions on Iran to re-engage Tehran in negotiations over the 2015 nuclear deal.

"No," said Biden, when asked whether the US will lift sanctions to convince Iran to participate in negotiations, Wall Street Journal reported citing his interview with CBS News.

The newly sworn-in President also indicated that he would only lift sanctions if Iran stops enriching uranium beyond the limits of the nuclear deal.

Earlier in the day, Iranian Supreme Leader Ali Khamenei during a speech reiterated that the US itself must lift sanctions and come back in compliance with the nuclear deal, The Wall Street Journal reported.

"If they want Iran to return to its Joint Comprehensive Plan of Action (JCPOA) commitments, the US should lift all sanctions in action... Once this is done, we will resume our JCPOA commitments," he said in remarks published on his website.

On Saturday, Iranian Foreign Minister Mohammad Javad Zarif said that Biden's new administration does not have much time for taking positive steps towards re-joining the JCPOA, reported Sputnik quoting the Hamshahri newspaper.

The JCPOA was signed in 2015 by Iran, China, France, Germany, Russia, the United Kingdom, the United States and the European Union, stipulating the removal of international sanctions from Tehran in exchange for it scaling down its nuclear program.

In 2018, the United States unilaterally withdrew from the deal and reimposed sanctions on Iran. Tehran responded by gradually abandoning its own commitments.

This past December, the Iranian government passed a law aimed at achieving a full removal of sanctions via a boost of nuclear activities, specifically by increasing the levels of uranium enrichment and limiting the access of the International Atomic Energy Agency to its facilities, reported Sputnik.

In January, US Secretary of State Antony Blinken said that the US would reciprocate Iran's resumed compliance with the nuclear deal, but would seek a broader agreement that also covers its missile program.