Gallery: Following military coup, all flights to and from Myanmar suspended 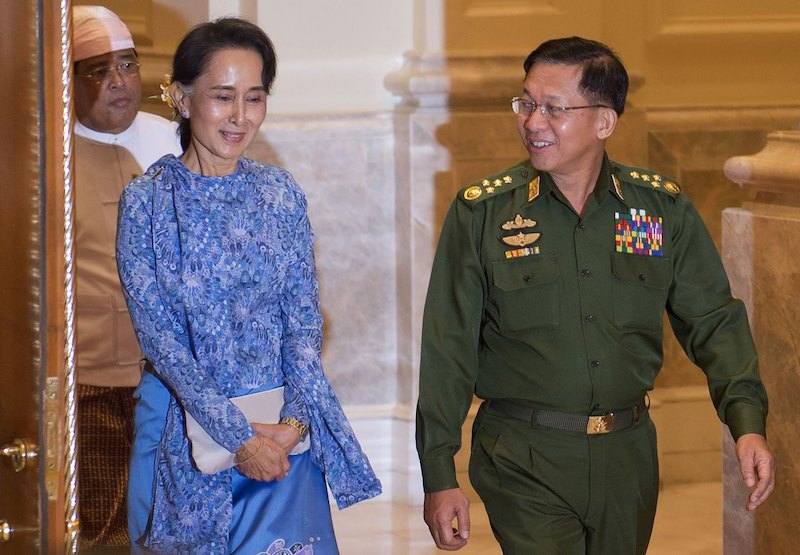 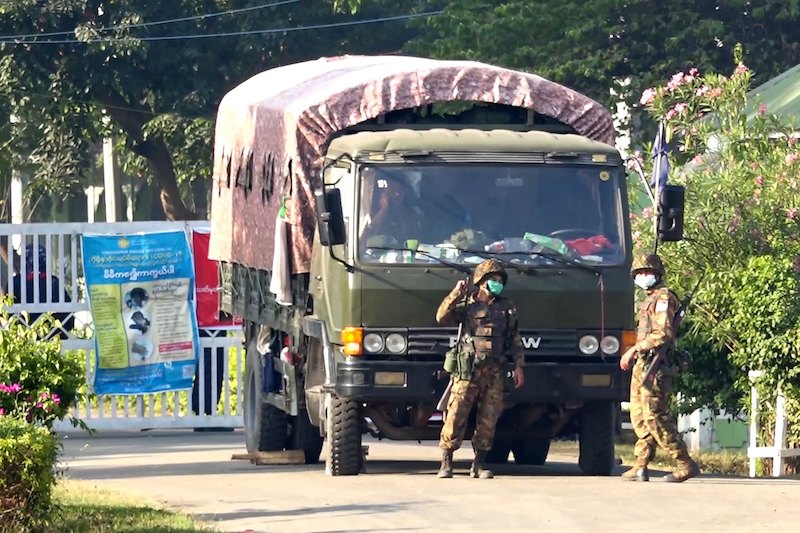 This screengrab taken from AFPTV video footage shows soldiers at the entrance to a guesthouse, where members of parliament reside at, in the country's capital Naypyidaw on February 2, 2021, as Myanmar's generals appeared in firm control a day after a surgical coup that saw democracy heroine Aung San Suu Kyi detained. (Photo by STR / AFPTV / AFP) - LEHTIKUVA / AFP 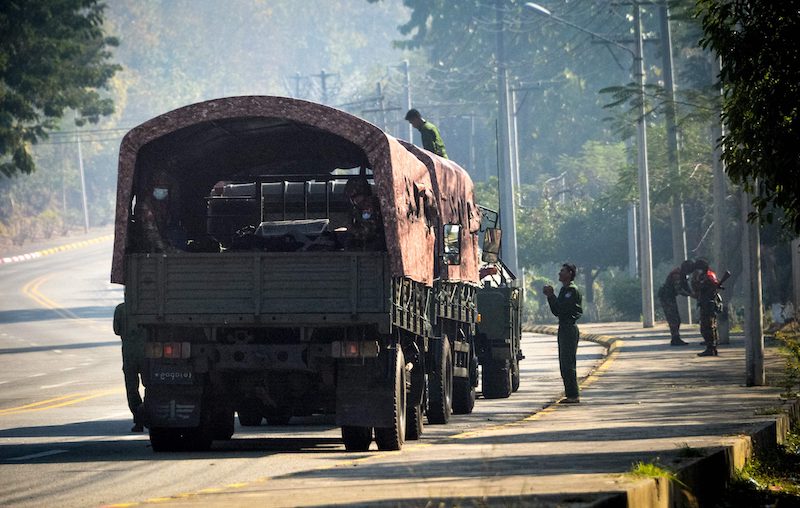 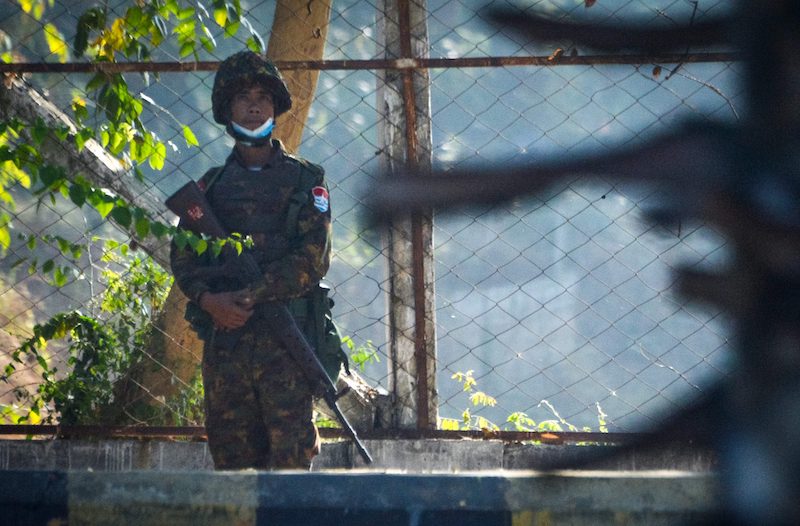 A soldier stands guard at a guesthouse, where members of parliament reside at, in Naypyidaw on February 2, 2021, as Myanmar's generals appeared in firm control a day after a surgical coup that saw democracy heroine Aung San Suu Kyi detained. (Photo by STR / AFP) - LEHTIKUVA / AFP

A soldier stands guard as troops arrive at a Hindu temple in Yangon on February 2, 2021, as Myanmar's generals appeared in firm control a day after a surgical coup that saw democracy heroine Suu Kyi detained. (Photo by STR / AFP) - LEHTIKUVA / AFP 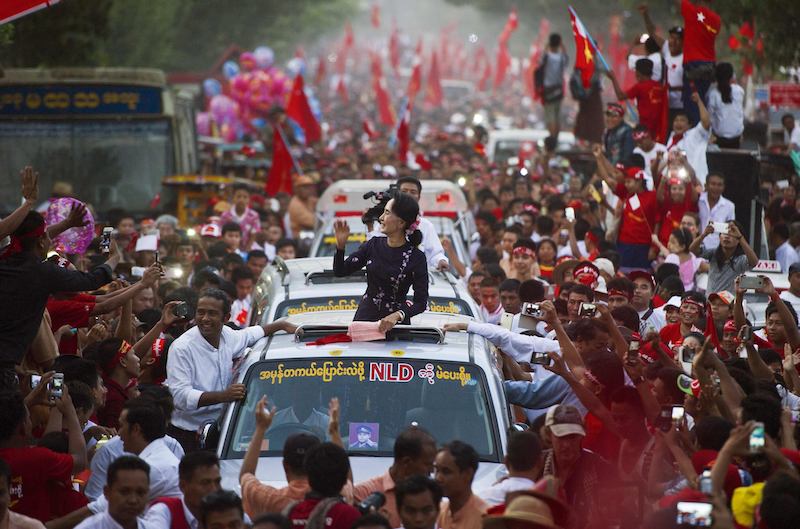 This file photo taken on November 1, 2015 shows Myanmar opposition leader Aung San Suu Kyi gestureing towards supporters as she travels in a motorcade ahead of a campaign rally for the National League for Democracy in Yangon as Myanmar heads to the polls on November 8. - Myanmar's ousted National League for Democracy party called for the release of Aung San Suu Kyi and other detained leaders on February 2, 2021, describing the coup a day earlier as a "stain" on the military's history. LEHTIKUVA / AFP 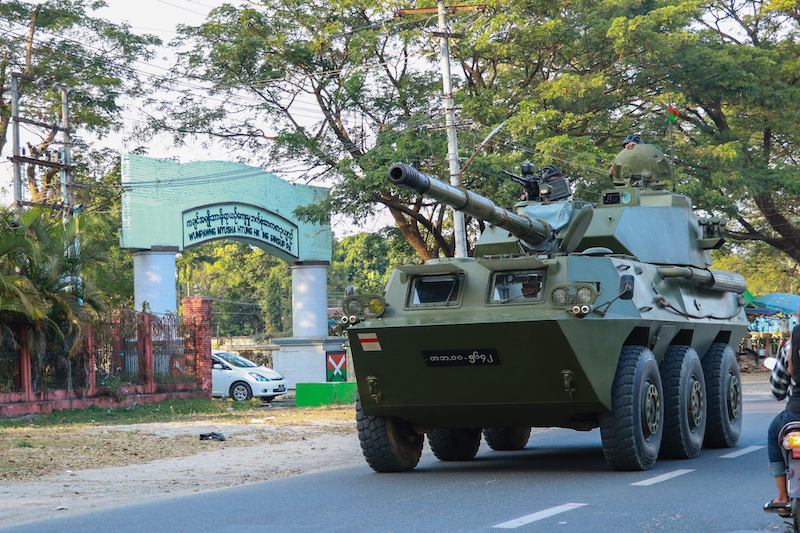 A military armoured vehicle is seen along a street in Myitkyina, Kachin State on February 2, 2021, as Myanmar's generals appeared in firm control a day after a surgical coup that saw democracy heroine Suu Kyi detained. (Photo by STR / AFP) - LEHTIKUVA / AFP
Previous Next

A day after the military coup in Myanmar, all pilots have been instructed not to fly to and from the country without permission, according to a notice to airmen (NOTAM) issued on February 1.

The Myanmar Times reported that all previous permission and take off from the country has been revoked, including domestic and international relief flights.

This comes as State Counselor Aung Suu Kyi along with other top politicians were detained in the early hours of Monday, with Myanmar's military declaring a one-year state of emergency after weeks of escalating tensions over allegations of vote-rigging in the November election. The detentions and the seizure of power took place hours before the opening session of Myanmar's new Parliament.

All flights have been suspended and airports closed until May 31, The Myanmar Times reported citing the NOTAM.

In a statement issued by his spokesperson on Sunday, Secretary-General Antonio Guterres also voiced "grave concern" regarding the declaration of the transfer of all legislative, executive and judicial powers to the military.

"These developments represent a serious blow to democratic reforms in Myanmar," the statement said.

This military coup happened after days of escalating tensions between the government and the military in the aftermath of last November's general elections.

San Suu Kyi-led National League for Democracy (NLD) claimed an overwhelming victory in the polls, securing over 80 per cent of the seats, according to media reports. However, the military and some political parties disputed the results, alleging that the polls were marred by irregularities.

November's polls were only the second democratic elections in Myanmar since the end of nearly five decades of military rule. The first elections, in 2015, were also won by NLD.

According to media reports, the detentions started in the early hours of Monday (local time), with political leaders held in Yangon and other cities across Myanmar, and soldiers said to be out on the streets and at prominent landmarks.

Mobile phones, telephones and internet are also reported to have been cut in capital Nay Pyi Taw and the commercial hub of Yangon.

The military also imposed a state of emergency for a year, it announced on a military-run television station. According to media reports, other national and international television channels, and radio are offline.