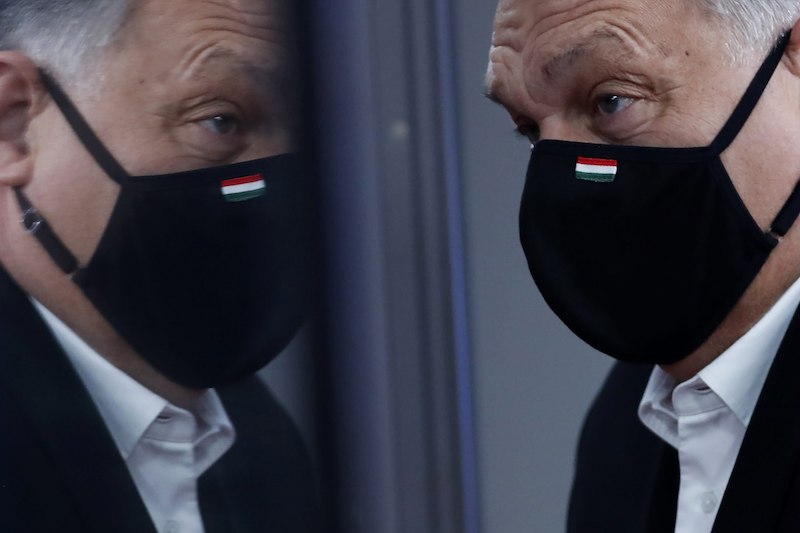 In an article published by the opinion site Project Syndicate, Mr. Soros argues that the compromise treats Hungary and Poland’s challenge to EU values as a “legitimate political stance deserving of recognition”  - which will “only add – massively to the risks that the EU now faces”.

Mr. Soros identifies three “fundamental flaws” in the deal.  Firstly, the declaration weakens the rule-of-law conditionality considerably, altering “in substance and intent” the text of the regulation that was agreed by EU institutions on November 5. Neither the European Commission nor the European Parliament, “let alone the national governments that made the integrity of the regulation their main concern in the European Council, should allow themselves to be elbowed aside in this way”.

He concedes that though the deal is “ugly and flouts the express wish of the European Parliament”, the European Parliament “may well approve it”-   because of the urgent need to use the COVID-19 recovery fund.  The impact of this compromise, however, will “severely dent the hard-won confidence that the Union’s institutions have gained through the creation of the recovery fund”.

Secondly, it defers the implementation of rule-of-law conditionality until 2022. That would, Mr. Soros claims, “be a true coup for Orbán, as it would delay any possible action until after the next scheduled Hungarian parliamentary elections”. Thirdly, the European Council is “acting beyond its authority” in constraining the European Commission’s ability to interpret and act on agreed EU legislation. This “dangerous precedent” reduces the Commission’s legal independence and may very well contravene the Treaty on European Union”

Mr. Soros recognises the “enormous pressures under which Chancellor Merkel has been labouring” and that “she does not want another country, Hungary, to announce its intention to the leave the EU on her watch”. However, the primary victims of the deal that Merkel has reportedly struck with Orbán will be the people of Hungary, Mr Soros argues.  The reprieve gives Fidesz “more than a year” to change Hungarian laws and the constitution, and to continue to redefine “public funds” in Hungary in ways that enable him to “channel ill-gotten loot from public bodies into private foundations controlled by his cronies”.

Orbán was reportedly considering leaving the EU, writes Mr. Soros, because he “cannot afford to have the sheer scale of his regime’s corruption exposed”, which the EU’s “rule of law” conditionality on the disbursement of Union funds “would invariably have done”.  According to Mr. Soros: “Orbán has stolen and misappropriated vast sums during his decade in power, including EU funds that should have gone to benefit the Hungarian people. He cannot afford to have a practical limit imposed on his personal and political corruption, because the illicit proceeds of are the grease that keeps the wheels of his regime running smoothly and his cronies in line”.

George Soros is Chairman of Soros Fund Management and the Open Society Foundations. A pioneer of the hedge-fund industry, he is the author of The Alchemy of Finance, The New Paradigm for Financial Markets: The Credit Crisis of 2008 and What it Means, and, most recently, In Defense of Open Society.