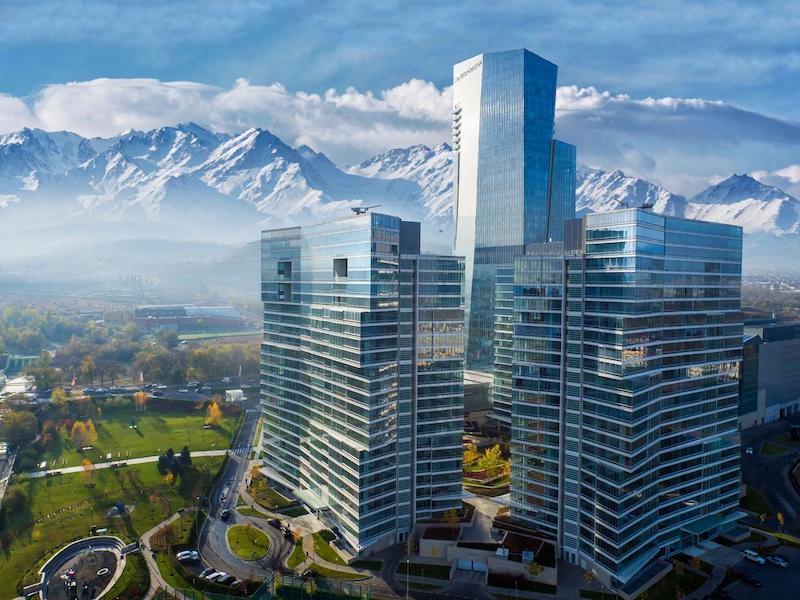 A view of Almaty

Kazakhstan is firm on its path of structural reforms that the country embarked on at the dawn of its independence. At the opening of the Parliament on September 1, 2020, President of Kazakhstan Kassym-Jomart Tokayev in his State of the Nation Address presented a comprehensive plan of action. It embraces a new form of governance and a new economic course.

Under the new form of governance, approaches to public administration, human resource policy and decision making will improve significantly. Moreover, the civil service system will be reset and the steering of state-owned companies will be revised.

The new economic course of Kazakhstan is based on equitable distribution of benefits and duties, the leading role of private entrepreneurship, fair competition, increased productivity, human capital development, investment in a new type of education, a "green" economy and environmental protection, reasonable decisions made by the state and state responsibility.

The development of the downstream sector in ferrous and non-ferrous metallurgy, petrochemicals, car and machine industry, production of construction materials and food products will ensure self-sufficiency of the economy. Grants in kind, concessional financing and partial guarantees will be provided to boost manufacturing. Also, a new instrument, a strategic investment agreement, will be introduced to enshrine arrangements made between the state and investors. A pool of strategic projects included in these agreements is to be ready by April 2021.

The main priorities in the agricultural industry are to ensure the stable income of rural residents, increase labour productivity and export of agricultural products. Large ecosystems to produce meat, fruits, vegetables, sugar, cereals, oilseeds and dairy products are going to be established. The fishing industry is going to grow as well.

Environmental protection and biodiversity conservation are at the forefront of Kazakhstan’s agenda. A new environmental code is being discussed in the Parliament. In the medium term, economic growth will become increasingly green. Over the next five years, more than two billion trees will be planted in rural areas and 15 million in cities. This initiative will lead to a large-scale greening of Kazakhstan.

It is essential to develop the transport and logistics sector. The goal is to reconstruct all roads in the country (or 24,000 kilometres more) by 2025.

A view of the central Nur-Sultan, capital of Kazakhstan

The principal goal of SME development is to increase its share in GDP to 35% and the number of people employed in this sector to 4 million people by 2025. Earlier, to overcome negative economic consequences of the coronavirus pandemic on small and medium-sized businesses, tax breaks were provided to more than 700,000 entrepreneurs.

A tax code will be revised to radically simplify the fulfilment of tax obligations and minimise the number of taxes and payments. A new social code will be drafted to streamline regulations and procedures in this area. Welfare payments will be digitalised.

500 scientists will go abroad for internships in top research centres. By 2023, wages of health care workers will be at twice the national average. New hospital and medical centres will be built. Approaches to the organisation of primary health care will be reconsidered.

Digitalisation is a key instrument for achieving national competitiveness. Interaction between IT and other sectors is a promising area. Digital technology platforms are a way to establish a digital ecosystem in every industry. To promote digital equality, each village with a population of over 250 people will have access to the Internet.

The fight against corruption is becoming more systemic. Amendments made to the criminal code will toughen penalties for corruption offences committed by law enforcement officials, judges, bribe givers and intermediaries in bribery.

The National Council of Public Trust initiated by the President institutionalised a genuine nationwide dialogue that resulted in a package of political, social and economic reforms.

Furthermore, a Supreme Council for Reforms and an Agency for Strategic Planning and Reforms were established to advance the far-reaching transformation process.

The Council for Reforms aims to increase the competitiveness of the national economy and improve the welfare of the people. The Council will offer solutions to efficient macroeconomic policy, reforms of the judiciary and law-enforcement agencies, economic diversification, business regulations, improving social sphere and public administration.

Legislative support of these institutional reforms will be in the focus of the new Parliament of Kazakhstan. The people of Kazakhstan will elect their new representatives to the Lower House of the Parliament and the local legislatures on January 10, 2021.

The Assembly of the People of Kazakhstan, which has constitutional status and is empowered to elect 9 members of the Lower House so that ethnic groups living in the country have a guaranteed say in the Parliament, will vote on January 11, 2020.

Measures on political modernisation and developing a multi-party system had been made before the upcoming elections. First, the parliamentary opposition has been institutionalised. A chairperson and two deputy chairpersons of parliamentary committees should be elected from the opposition. Second, 30% of women and youth quota in political party lists was introduced. Third, the election to local legislatures will be held on a proportional basis.