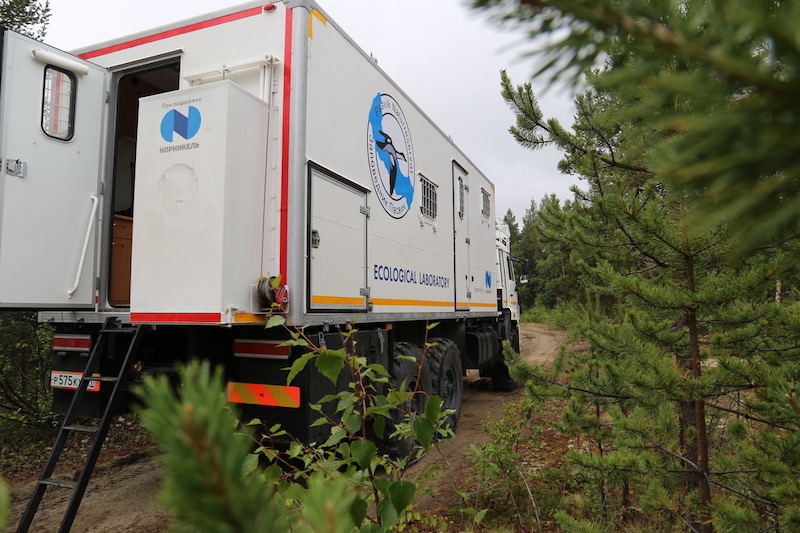 A unique expedition vehicle will participate in many ecological projects happening and planned for the future in northwestern Russia that are part of the big Kolarctic CBC 2014-2020 EU program, which supports cross-border cooperation between Finland, Sweden, Norway and Russia.

In particular, the eco-mobile will be used in the ReARK project, the aim of which is to monitor the Paz, Indem and Vyala rivers in the above-mentioned countries in order to form a plan of action for ecological improvement and sustaining biodiversity.

The other project, called Phenomena of Arctic Nature, is also a part of the Kolactic program, but it has educational objectives, such as launching exhibitions in the visitor centers of Finland, Norway and Russia. These events will be focused on the development of eco-tourism and building an environment-friendly mindset amongst the people of these nations.

The one and only mobile eco-lab in northwestern Russia has been put into operation in the Pasvik Nature Reserve, the other half of which belongs to Norway. It is used for seasonal work and research study of the Arctic’s biosphere.

The special vehicle was manufactured based on KamAZ and has everything aboard for comfortable living and scientific work, including a water supply pump, kitchen and beds. Owing to such a generous gift from Nornickel, even the most distant territories with rough climates have now become much closer. Previously all the work was conducted in summer, but since the mobile eco-lab can drive off-road, cross rivers and rocky tundra, it has now become possible to work practically all year round.

Furthermore, scientists can take biological samples, store them safely in freezers and use a variety of equipment, which also includes GPS-navigation and modern trail cameras. Pasvik’s employees are going to study birds and animals that are part of the Red Book in summer and monitor birds’ migration in September.

The population of brown bears living in the bordering territories of Norway, Russia and Finland can also be counted a lot more effectively. Usually scientists set up small traps that catch bears’ fur, which is later put through DNA tests. KamAZ lab have made this task a lot more easier, allowing more extensive travel in order to set up the traps and trail cameras. Animals are not getting injured anymore as the traps collect just a small amount of fur via the wire stretched around the perimeter. In fact, the bears don’t even notice the device as they pass by.

Apart from bears and birds, experts plan to study other species of mammals too.

‘We will also look for traces of vital activity of the lynx, the European roe deer and the common beaver. We need to collect more information to understand whether everything is well with these species in our region,’ explains Natalia Polikarpova, deputy director for research of the Pasvik Reserve.