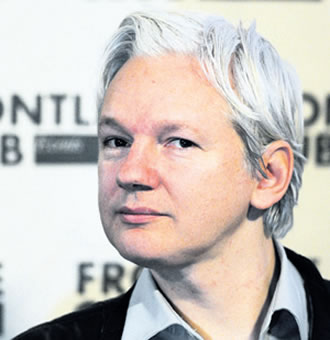 Anti-secrecy group Wikileaks last week started to release some five million emails from US-based global intelligence company Stratfor. The Global Intelligence Files emails, which date from between July 2004 and late December 2011, were given to Wikileaks by hacking collective Anonymous and reveal the murky inner workings of a company which claims to be an intelligence consultancy agency but is involved, amongst other things, in spying on private individuals for large multinational corporations.

IN WHAT has been seen as a huge embarrassment for Stratfor, not to mention the individuals, companies and governments which subscribe to its services, Anonymous hackivists cracked the computer system of the ‘security specialists’ – where passwords apparently often consisted of only the company name – and obtained sensitive information relating to informers, how they were discreetly paid and the psychological methods used to ‘handle’ spies.

Anonymous was coincidently in the news the day after the leaks, as 25 suspected members of the hacking collective were arrested by Argentinean, Chilean, Colombian and Spanish law enforcement officers, as part of Interpol’s Operation Unmasked – the name of which is seen by many as a reference to the public face of Anonymous being the iconic mask of the vigilante, freedom-fighter anti-hero of the dystopian thriller V for Vendetta. 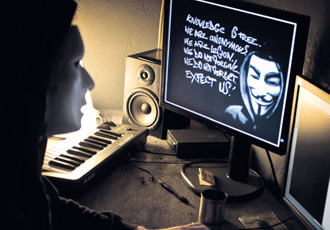 A statement from Interpol stated, “Operation Unmasked was launched in mid-February following a series of coordinated cyber-attacks… against the Colombian Ministry of Defence and presidential websites, as well as Chile’s Endesa electricity company and its National Library, among others… ” Anonymous had last month hacked the CIA website, making it inactive for a day, as well as in January hacking a conference call between the FBI and the UK’s Scotland Yard on the topic of hacking.

In a statement, Anonymous said it also accessed Stratfor company credit card information, during the hacking which took place in December 2011, which it used to make donations to charities such as the International Red Cross and Save the Children.

But the most embarrassing thing by far for Stratfor are the emails and internal memos on topics as far ranging as how to psychologically or sexually manipulate an Israeli intelligence informer, to referring to “the good old days” of assassinating a foreign head of state. The information, now released by Wikileaks, is free for all to see and includes alleged collusion between Stratfor’s CEO George Friedman and former Goldman Sachs managing director Shea Morenz on how to use intelligence gathering for insider-trading purposes.