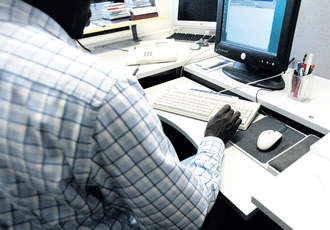 MOVING to Finland with a job to walk into is an opportunity not to be sniffed at, especially if the salary enables you to enjoy the trappings of a comfortable lifestyle. However, without longer-term employment opportunities, working life in Finland will become more unpredictable, as evidenced by statistics on foreigners and experiences of members from the smaller expat community.

According to the official statistics, in 2010 the proportion of foreigners living in Finland was 2.9 per cent, much lower than in other Nordic countries and the EU-27 average of 6.5 per cent. At present, these statistics remain largely unchanged. It is not uncommon for foreigners to find themselves struggling within the tumultuous world of unemployment and tearing their hair out over cumbersome Finnish bureaucracy. According to the Employment Service Statistics of the Ministry of Employment and the Economy, at the end of November 2011 the total number of foreign citizens among unemployed jobseekers in Finland was 17,500, up 500 from November a year ago. Of these foreign unemployed jobseekers, EU/EEA citizens accounted for 4,200 at the end of November, up 200 from the year before. These increases are disproportionate when compared with total unemployment in Finland: jobseekers registered at Employment and Economic Development Offices totalled 230,000, down 13,000 from the previous year.

Expats are a smaller group (there are currently no official statistics) who see themselves as distinct from Finland’s larger foreign population that includes immigrants, precarious workers and asylum seekers. Expats are more likely to have been recruited to Finland, many on fixed-term contracts, to work for established corporations like Nokia and Kone, smaller IT companies, and the academic sector.

This marks another key difference: it is common for the organisations that employ expats to help with bureaucracy and other matters, such as relocation, health care and social networks, whereas for immigrants it is largely up to families to fend for themselves.

Expats also tend to be more globally mobile and thus more likely to up sticks and move to new employment wherever opportunities arise. However, those expats who choose to remain in Finland after their initial fixed-term contracts have expired, face similar challenges to the foreign population, the main one being securing another job, let alone getting help finding one.