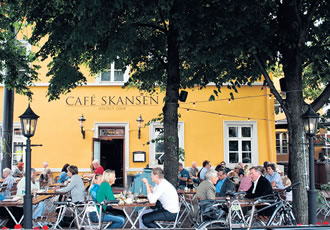 From trendy bars by the waterfront to great outdoors activities, Oslo visitors can have it all.

OSLO is the city of a million fjords, home to the ten-euro coca-cola, Vikings, fire and ice and a thousand cruise ships, plus more unironic troll dolls than you would ever care to purchase. Why would anyone want to travel here? Is there anything to see besides the usual Scandi-fare of salmon and woolly jumpers?

Oslo is undeniably an expensive place to visit, but the scenery and easy access to such a variety of different activities makes it hard to beat. You could visit a world-class ski jump, go swimming in a lake or the sea, visit a king’s summer residence in the middle of a forest, or the main palace in the middle of the city, perhaps have cocktails at a bar or cruise to a fjord, go hiking in a hilly forest or see world class Impressionist Art. The only problem would be choosing what to do first.

Weather permitting; one of the best sights is Frogner Park, which houses Gustav Vigeland’s sculpture park. Located in the trendy Frogner area, the park charges no entry fee and features 212 bronze and granite sculptures surrounded by a beautiful garden and parklands. Children frolic amongst the statues and people picnic and play badminton on the grassy verges surrounding the statues. There are also water features, a monolith in the middle of the park, and beautiful gardens to enjoy. The park is testament not only to Vigeland’s vision, but also to his decision to donate all the works to the City of Oslo so as to secure his residence, which was under threat of demolition to make way for a library. Vigeland, the designer of the Nobel Peace Prize medal, created all the statues on show and was in his time a great rival to Norway’s other famous artist, Edvard Munch. 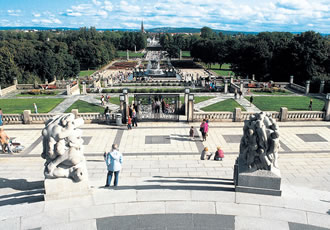 A close second on the to-see list would be the Munch Museum. Home to over 1,100 paintings, 4,500 drawings and 18,000 prints, it was refurbished in 2005 to improve security. The collection includes some of Munch’s most famous work, including The Scream and Madonna. Besides the permanent collection of works by Munch, there is also a library that is open to the public.

If art isn’t your thing, Oslo has lots more to offer in terms of sightseeing. The city is well connected by a network of trams and buses. It is also relatively small, so hopping on a City Bike is a great way to see the city. Access to the bike is via Smart Card that can be bought from various Tourism Offices. The bikes can be picked up and returned to various city bike locations.

The main shopping street is Karl Johan’s street, which houses all the usual highstreet suspects as well as some well-known Scandinavian names. The high street area begins from Oslo Central Station and stretches all the way down to the Parliament house of Norway and goes all the way to the Royal Palace, where many state functions are held. Prices here are high, but there are pretty views along the fountains in front of Parliament, and a stroll to people watch is a good way to pass some time. Byporten shopping centre, in front of the station, is a more wallet friendly option. 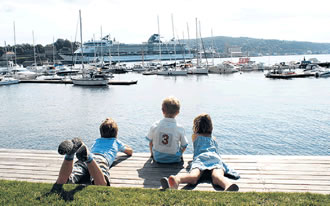 Another interesting destination is the trendy Aker Brygge area. Up to 12 million visitors a year come to the former shipyard zone, which was revamped in 1982 to make it the hub it is today. It has trendy bars and restaurants on the waterfront, but can get crowded during high summer with cruise ship passengers adding to the tumult. Aker Brygge has a bewildering array of eateries to choose from, ranging in prices and styles, but one standout has to be Paradis, a gelato bar with the most incredible flavours. Its crème brulee, pistachio and raspberry were all excellent. The beautiful waterfront area has benches to sit on while you enjoy your ice cream, and also a museum, a man made pebble beach and lots of grassy areas perfect for picnicking.

On the far end of the former port area is Akerhus fortress. Built as a defence against marauders, it also served as a prison for a time. The castle houses two museums, both related to Norwegian military history. In the evenings, lights shine over the grey walls and concerts are occasionally held on the grassy knoll surrounding the fortress walls. 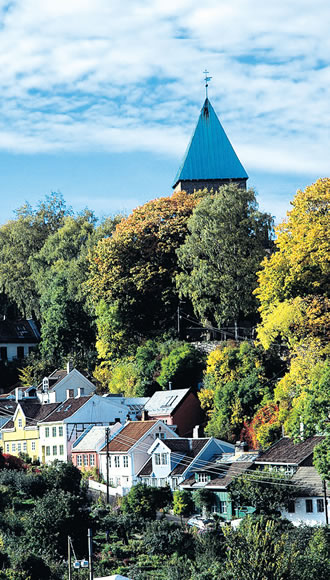 If the city life doesn’t sound tempting, Oslo also has a beautiful nature reserve a ten-minute bike ride away from Aker Brygge. Bygdo forest is accessible by bus from the Central Station, but during the summer months, take the ferry from Aker Brygge to truly enjoy the beauty of the area. Bygdo is also home to the summer residence of the Norwegian Royal family, which includes a working farm and gardens. The residence is not open to the public, but there are many popular beaches (including a nudist beach) and the Kon Tiki museum in the vicinity.

Another beautiful forest worth a visit is Sognsvann, located amidst the forests of Nordmarka. Steep hills make this area a favourite training ground for elite athletes from the nearby Norwegian School of Sports Sciences, so you may just find yourself getting overtaken by a future gold medallist while huffing your way up a hill. After a tough run, cool off with a dip in the beautiful lake in the midst of the trees while watching the professionals zip along the trails. Oslo seems to be a city that has it all – isn’t it time to see it for yourself?