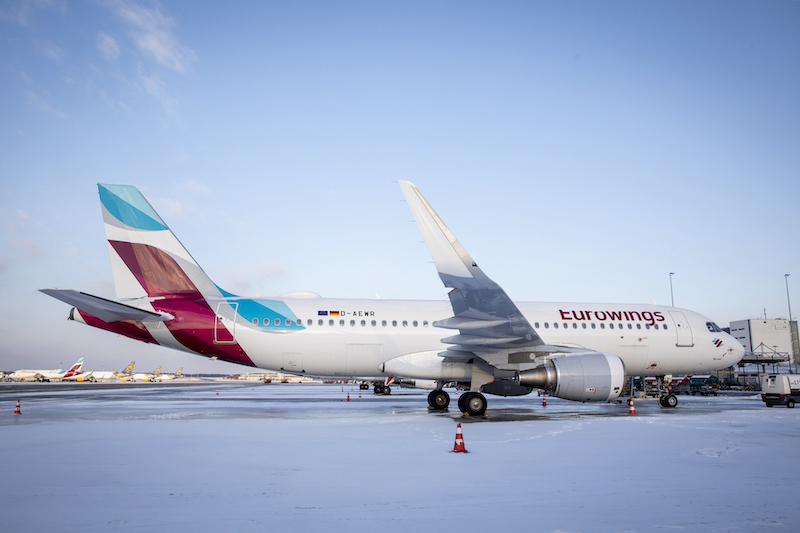 German airline Eurowings and French airline Air France are launching direct flights from Düsseldorf and Paris to Kittilä. Eurowings will start operating on 24 December and the route will be operated once a week on Saturdays until 25 March. Air France will start direct flights from Paris Charles de Gaulle International Airport to Kittilä Airport on 10 December and will operate until 12 March.

- We are happy that both Air France and Eurowings are expanding their flight supply to Kittilä! Last year's lively winter season and the higher number of charter flights than in 2019, showed that tourism in Lapland continues to grow, says Jani Jolkkonen, Finavia's Airport Networks director.

Airlines have noticed an increase in demand from Central Europe to Finnish Lapland. Of the international visitors last winter, the most frequent from Central Europe to Levi were from the United Kingdom, France and the Netherlands, according to the register of overnight stays. In addition to visitors from the United Kingdom and Germany, who have long been travelling to Levi, there was also growing interest among Dutch, Belgian and Spanish visitors. Düsseldorf’s regional sphere of influence includes not only the German-speaking population, but also Belgians and the Dutch.

- We welcome these new international connections as they will help us to smooth out the seasonal demand variations during winter and support the journey towards year-round tourism. Finns always have holidays at the same time, so we want to attract international guests during these intermediate periods. The international guests we host during the intermediate periods are also a new and different target group, for whom we have a great deal to offer here in the north. It’s great to see the appeal of Lapland in practice with the increased scheduled flights. Kittilä Airport not only serves the area’s ski resorts, such as Levi and Ylläs, but also visitors travelling to Muonio and Enontekiö, says Satu Pesonen, CEO of Visit Levi.

Kittilä is in a great location in terms of its accessibility, as, during the upcoming winter season, direct flights from Central Europe will be operated not only by Eurowings and Air France, but also by Lufthansa and AirBaltic, which have been flying to Kittilä in the past. The airlines’ routes will continue to operate due to good demand and both airlines will fly once a week on Saturdays from 17 December onwards. AirBaltic flies from Riga to Kittilä until 11 March and Lufthansa from Munich to Kittilä until 25 March.

Continuity will also be sought for all existing international routes, for example, for the next summer and autumn seasons, to better serve the year-round target for the north.