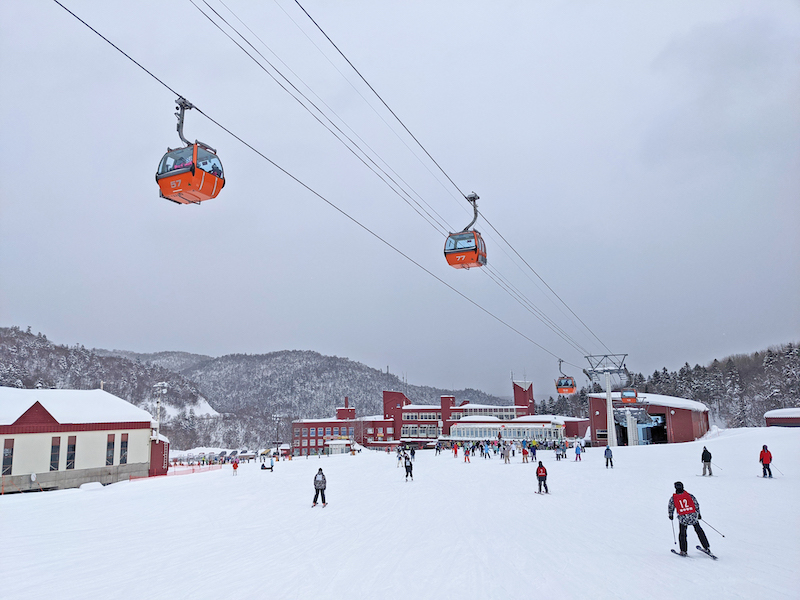 Japan is high on many travel-lover’s bucket lists, and where better to visit next than its northernmost prefecture! Hokkaido is world-famous for its amazingly deep powder snow, unique cultural nuances, and the freshest culinary delights. As societies are slowly beginning to open up again and traveling abroad resumes worldwide, you may be thinking about tuning up the downhill equipment and planning your next snowy peak adventure.

Originally, Finnair was scheduled to restart direct flights from Helsinki to New Chitose Airport starting in July this year, making Hokkaido a much more accessible destination for those coming from Europe and Finland again. However, because of the ongoing challenges with the global pandemic, the plan has been regrettably postponed until further notice. New updates will be shared as they become available. We look forward to your future visit and for you to experience the wonderful winterland that is Hokkaido.

New Chitose Airport located 50 km south of Sapporo is the largest airport in Hokkaido, serving the Sapporo metropolitan area. From there, the mountain Mecca of Niseko is just 2 hours away.

Tundra chilled jet streams driven down from Siberia, collide over the island prefecture of Hokkaido, gaining moisture as they swoop across the Sea of Japan - setting the scene for one of the most amazing snow sceneries on the planet.

Collectively known as Niseko United, four separate resorts wrap around Mt Annupuri - a 1,308-meter-high peak. The four ski areas: Niseko Annupuri International, Niseko Village, Niseko Grand Hirafu, and Niseko Hanazono are ranked high and loved by skiers and snowboarders from all over the world for their excellent snow conditions.  They remain popular ski resorts for tourists and Japanese alike.

While each resort is separate, they are all connected near the summit by a network of chairlifts and gondolas, and the Niseko United All Mountain Pass - an all-encompassing cable car pass - is valid for all resorts. Pass holders can also take the shuttle bus running between ski resorts and the town of Kutchan for free. 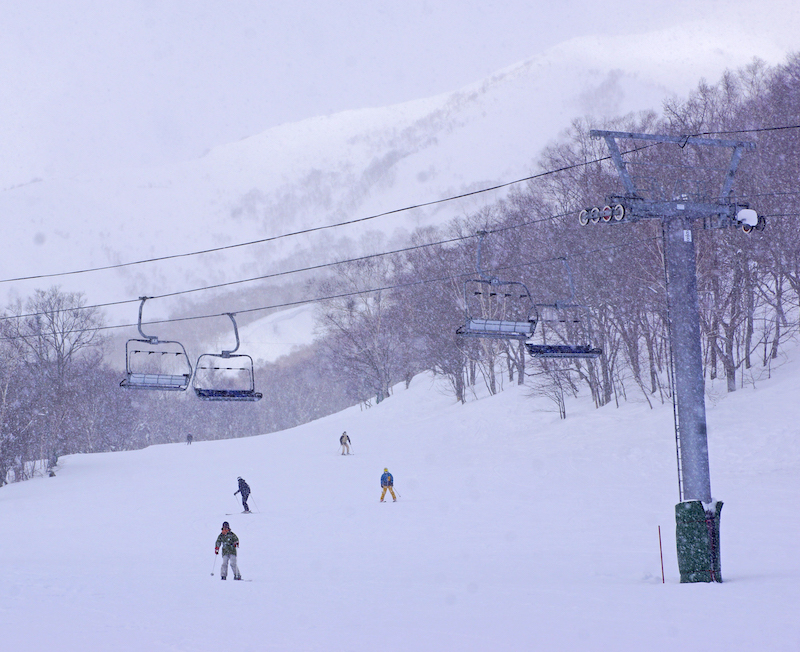 Located on the western edge of the Niseko United Ski Resort, Annupuri is popular in winter due to its rich terrain, long runs and four gates to the backcountry, offering skiers and snowboarders a unique deep-powder experience and a great off-piste skiing experience.

In summer, the entire Annupuri region is rich in wildlife, hiking trails, outdoor activities and scenic attractions. The area is also home to a number of hot springs - most using all-natural water infused with earth's minerals.

“This is the people’s mountain”, Yasuhiro Maruyama, resort representative of Niseko Annupuri explains, highlighting the fact that because the resort is locally owned and operated, the price point has been kept within the reach of most travelers.

The slopes at the base are conducive to beginner and family learning, while the backcountry access from the top is some of the best in the region. At over 1.3 kilometers, Mt Annupuri sprawls in all directions, offering daily descents down different lines and aspects. Real time avalanche bulletins, topography and route maps as well as resort managed access gates make Niseko - quite possibly - Japan’s most easily enjoyed backcountry destination. 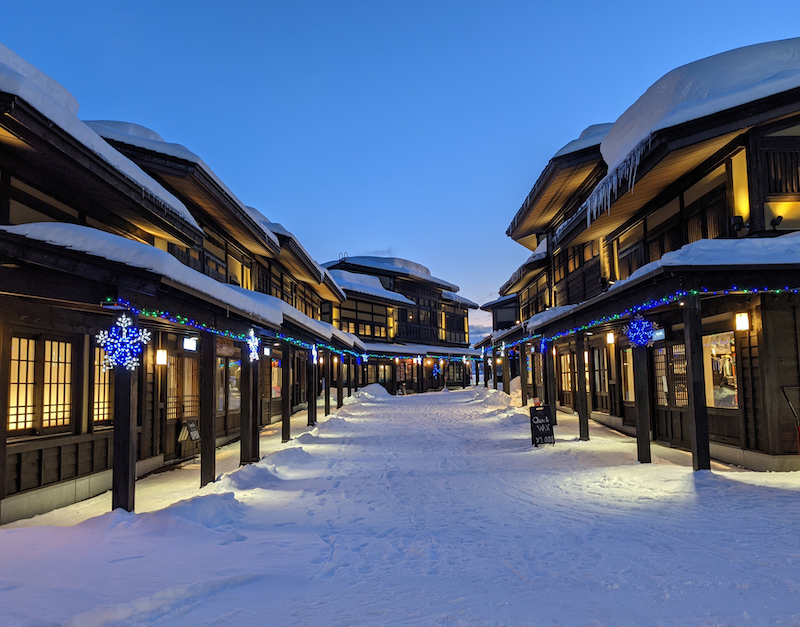 Niseko Village, a hybrid resort that seamlessly draws together luxury and family travel, is another of the four resorts making up United. The Green Leaf, and the Ritz-Carlton offer direct access to the slopes from the ski valet where a lift ticket vending machine is also available. Additionally, Hilton Hotel and Hinode Hills Hotel eliminate the need for shuttles and gear laden schlepping, by giving access to the slopes. The wide-open beginner and night ski areas make the resort suitable for all ages and levels of experience. The backcountry gate opens a variation of slope angle and tree spacing which would equally appeal to entry level off-pisters and seasoned shredders alike. The slopes are also avalanche controlled. 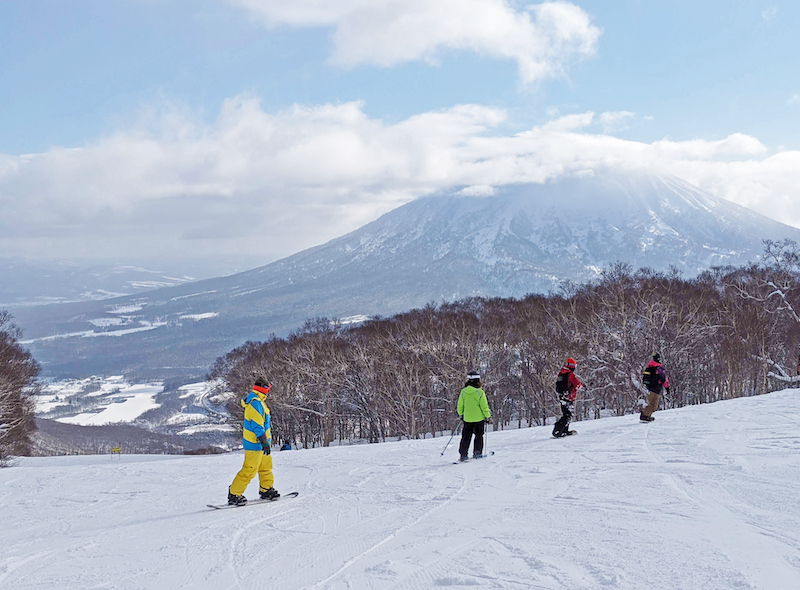 The neighboring Grand Hirafu is the largest and oldest of the Niseko United resorts. Balancing slope-side convenience while reflecting its historical origins, Hirafu has the steepest terrain and the most diverse trail options. The base village is bustling with shops, restaurants and bars lining its streets. Niseko Sanroku Jingisukan serves "jingisukan" - a Hokkaido delicacy - where you can smell each piece of drool-worthy lamb smells as it is served on a hot plate. Around the corner, Toshiro's Bar offers a range of Niseko-distilled gins and whiskies that don't skimp on production value when crafting sophisticated cocktails and concoctions. Tour and tasting at Niseko Winery, best combined with a visit to Takahashi Farm. The charming farm full of character in the middle of Niseko showcases the region's agricultural prowess and business acumen.

Learning about the region's agricultural ties and the opportunity to sample their produce provides a great insight into other aspects of the Niseko tourism industry other than snow sports. 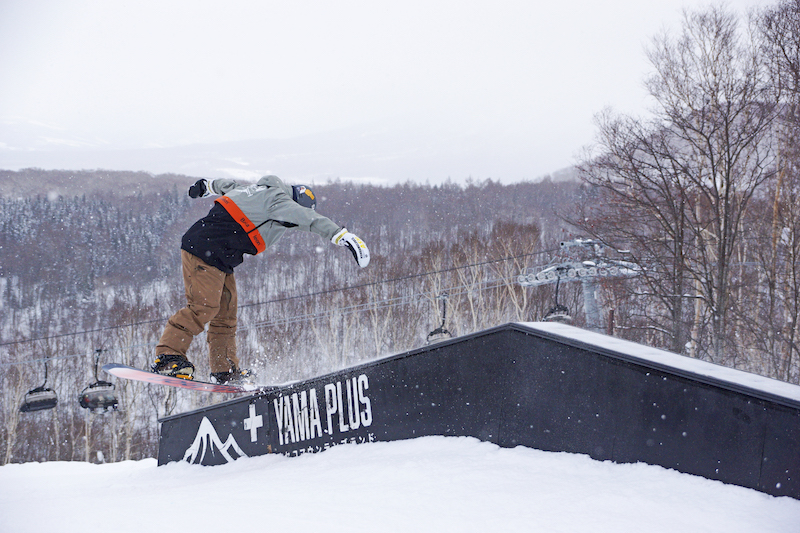 With a Park Hyatt Niseko Hanazono hotel at the base station, a 10-passenger gondola and a new six-passenger heated leather chair lift, Niseko Hanazono Resort is the epitome of a luxury snow destination. Consistent in quality and service, HANAZONO Tube Park and Snow Playground are just steps from the hotel entrance, while the in-house ski school and guided operations ensure that all guests' expectations are exceeded. While the lower slopes are suitable for lower levels, the mid-mountain offers a great opportunity to learn and use your off-track skiing skills with sparse trees and interesting features. Uphill offers opportunities in remote areas, and its northern part favors the lightest and driest snow conditions in the Niseko United. For those looking for a partially mechanized backcountry adventure, Hanazono-owned Mt. Weisshorn is a dedicated cat ski mountain just north of the resort.

With a full English speaking staff, the Park Hyatt Hotel is immaculate, offering a plethora of dining options and designer retail outlets. The boxes are checked for all ages and interests, making Hanazono unparalleled for a luxury ski experience in Japan. 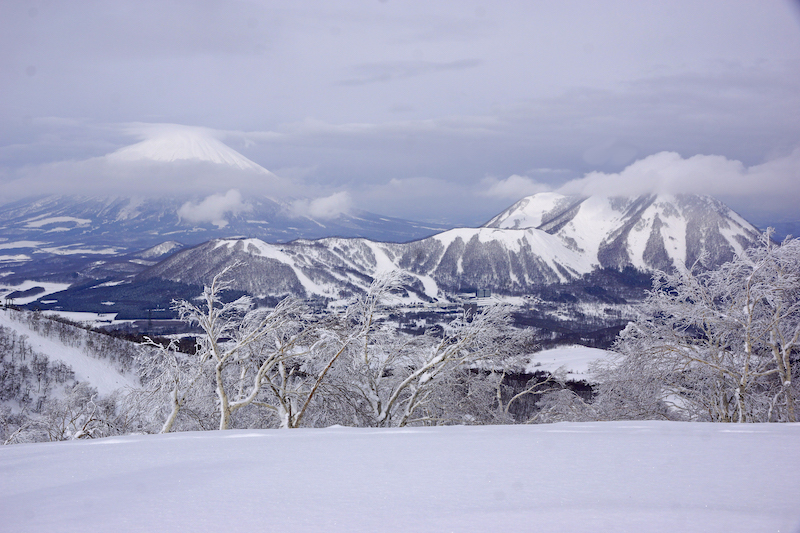 With three different accommodation styles such as The Westin and stretched over three mountains, Rusutsu Resort is in a realm of its own about half an hour away from the Niseko United resorts. Quirky, charming and full of character, the slope variety is vast, while the neighboring peak of Shiribetsu holds the region’s steepest (and possibly deepest) backcountry lines. A helicopter ride to the top is available with the Hokkaido Backcountry Club. Lunch in an igloo is a great way to switch gears, and the fairground themed hotel will capture the attention of anyone passing through. 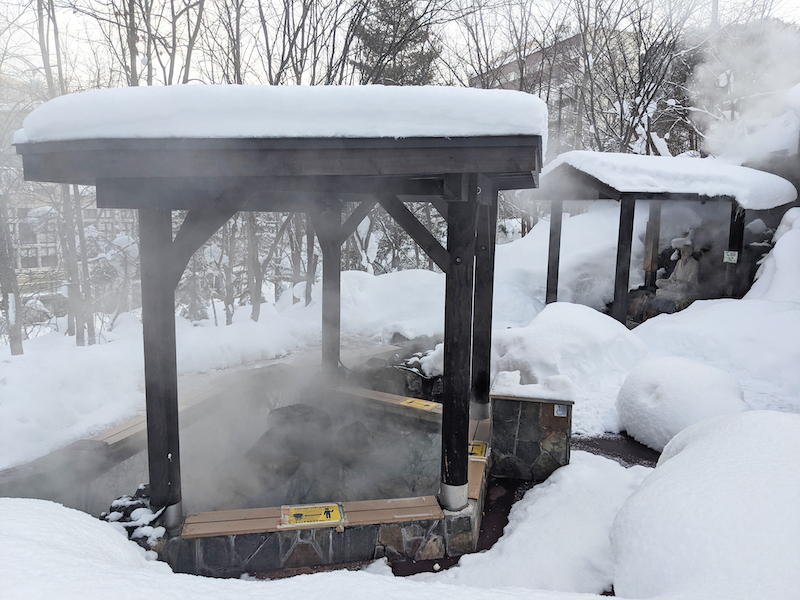 No visit to Japan is complete without sliding into a hot spring (such as Goshiki Onsen in Niseko) and the quaint, legacy village of Jozankei is so high in geothermal activity that the eco-minded Grand Blissen Hotel is mostly powered from it. Contrasting the simmering, atmosphere heavy public footpaths in the town center, the hotel is modern and well appointed, with an excellent onsite restaurant. 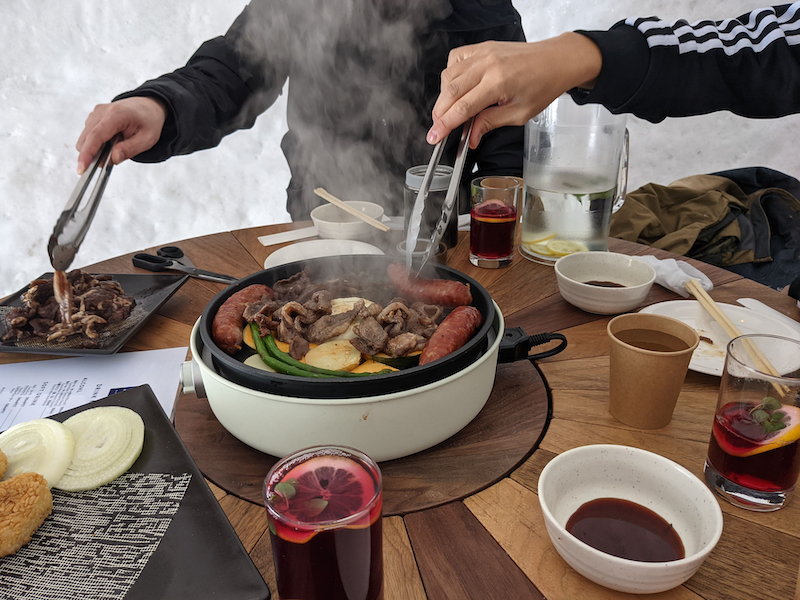 With so many hot spots and ski resorts sprinkling the region - including the family friendly Sapporo Kokusai Ski Resort - you need not settle for one destination, especially given the ease of access between the various places of interest. Perhaps then, it should just be “Hokkaido United”.

Niseko United has won the title of Japan’s Best Ski Resort several times. The award is granted by the World Ski Awards every year.

How to get there

From New Chitose Airport, you can get to the Niseko United resorts by train, bus or car.

You can also drive there; it takes about 2 hours to drive from Sapporo city centre to Niseko.