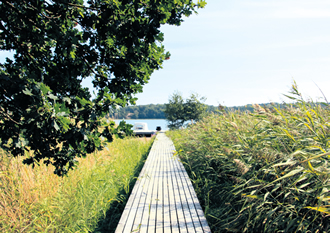 The serene setting of the Pargas – or Parainen in Finnish – archipelago is made up of 10,000 islands. The recent union of five municipalities has created a municipality with one of the highest amount of islands in the Åboland (Turunmaa in Finnish) area. It is located in the Finland Proper region in southwestern Finland, and is a bilingual municipality with a majority of Swedish speakers.

The current borders of the Pargas municipality have been relatively recently constructed, having been established in 2009. It was formed by uniting Houtskär, Iniö, Korpo and Nagu with the city of Pargas. The new municipality was given the name Väståboland, or Länsiturunmaa in Finnish. What followed was a lively debate regarding the name of the municipality, leading to a vote that would change its name. It adopted its current name of Pargas on 1 January 2012.

What is in a name? It became clear that to the islanders, a strong sense of identity was linked to it. In an article by YLE following the change of name, professor of public law at Åbo Akademi Markku Suksi said that the question of the name will still be a topic of discussion in upcoming years. He said the question will rise again because the divisions within the municipality may still change, and due to the strong grounds of identity in a name.

For more than a thousand years people have been living in the archipelago, fishing, hunting and trading. The location of the Pargas archipelago has in the past made it effortless to trade with the Finnish inland, St. Petersburg and Tallinn.

During the middle ages, agriculture was the dominant form of industry in the Åboland region. Grains and livestock were core to agricultural production in Pargas. In the 1600s, the city was also home to a number of craftsmen such as tailors and carpenters.

Currently there is also a large industrial sector, and the shipping industry has been, and remains, a relevant industry for residents. 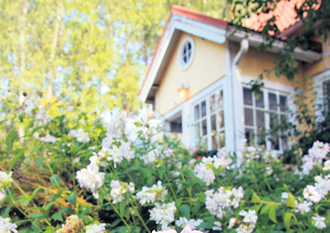 In the 800s, Vikings travelled through the archipelago during their eastbound journey. As such, there have been many ancient finds in archaeological excavations throughout the archipelago region of Åboland.

The people have traditionally lived from agriculture, fishing, hunting, shipping and crafts. The museums scattered around the Pargas archipelago help to tell the story of the region's history and traditions. Museums include the Houtskär Archipelago Museum, the local history museum of Korppoo, a maritime house in Nagu, and an industrial museum in Parainen city, to name just a few.

Pargas also has an interesting modern culture. Since 1992 Pargas city has organised the Rowlit festival, which has hosted many international bands including Smokie and Boney M. Rowlit is onomatopoeic of the archipelago dialect of the Swedish word 'roligt', which means 'fun'.

Pargas contains a large part of the southwestern archipelago with over 10,000 islands, islets and reefs. It stretches across an area which is over 5,500 square kilometres in size, 80 per cent of it being water.

It is an excellent location to spend the summer months on the sea. Pargas has ten marinas and twenty minor ports to houseguests. There are also 12 major bridges and multiple smaller bridges, making it easier to get around the islands. Otherwise travel by ferry between islands is also possible. There are busy guest harbours, but also scattered around the archipelago at smaller guest harbours are idyllic cafes and restaurants that capture the essence of the archipelago life, often serving traditional dishes from the region.

Another way to explore the scenery is by bike. There are many nature trails that allow travel around the different islands and through the forests.