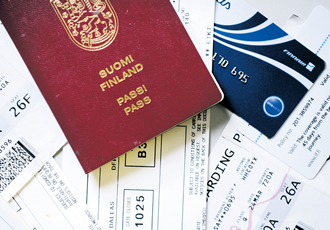 How airlines price their tickets is a source of many myths and urban legends. These include tips about the best day of the week to buy a ticket, last-minute discounts offered by the airlines, and the conspiracy theories suggesting that the carriers use cookies to increase prices for their passengers. None of these is entirely true.

Studies have suggested that prices can be higher or lower on a given day of the week – yet, there is no clear consensus on which day that is. Offered prices can in fact drop at any time before the flight, yet they are much more likely to increase than decrease over the last several weeks before departure. Further, the airlines prefer to wait for the last-minute business traveler who’s likely to pay full fare rather than sell the seat prematurely to a price-conscious traveler. And no, the airlines do not use cookies to manipulate fare quotes – adjusting their inventory for specific customers appears to be beyond their technical capabilities.

What is true about pricing in the airline industry is that carriers use complex, sophisticated pricing systems. The airline’s per passenger cost is the lowest when the flight is full, so carriers have incentive to sell as many seats as possible. This is a race against time for an airline, and, of course, no company wants to discount its product more than it has to. Hence, the airlines face two somewhat contradictory goals: to maximise revenue by flying full planes and to sell as many full-fare seats as possible. This is known in the industry as yield or revenue management.

Airlines and their bucket lists

Here is how yield management works. For each flight or route (if we are talking about multi-segment itineraries), the airline has a set of available price levels – from the most expensive fully refundable fare to the cheapest, deeply discounted nonrefundable price. The industry jargon for these prices is “buckets.” Seats can be interpreted as balls that are allocated among these buckets.

Initial allocation of seats among the price buckets is determined by historical data indicating how well a certain flight sells. For example, fewer deeply discounted seats will be offered on a flight on Thanksgiving week than on the same flight during the third week of February. As the seats on a flight sell, yield managers monitor and adjust the seat allocation. If, for instance, the sales are slower than expected, some of the seats might be moved to lower-priced buckets — this shows up as a price drop. As noted above, such price drops can occur at any time before the flight. However, the general trend of price quotes is upward, starting from about two to three weeks before the flight departure date.

Of course, an average traveller wants to know when he or she should buy the tickets for the next trip. Another important question is where to buy this ticket. Airlines distribute their inventory on their own Web sites and on several computer distribution systems, meaning that prices can sometimes differ depending on where one looks for them. We are not entirely sure what precipitates this phenomenon – likely explanations include differences in contracts between the airlines and the distribution systems/travel agents, implying that different travel agents may not have access to the airline’s entire inventory of available prices.

The airlines’ yield managers start looking at flight bookings about two months before the departure date. This implies that it generally does not pay to book more than two months in advance: Studies show that initially the airlines leave the cheapest price buckets empty, and yield managers may move some seats into those buckets if a couple of months before the departure date the flight is emptier than expected. From two months to about two to three weeks before the flight date, the fare quotes remain mostly flat, with a slight upward trend. However, and perhaps paradoxically, there is a good chance of a price drop during this period. We tend to monitor prices for several days – sometimes up to a week – hoping for a lower quote. It does not always pay off, but sometimes we do manage to save a considerable amount of money.

Two to three weeks before the flight date, the price quotes start increasing. This is the time when business travellers start booking. While price drops are still possible, a chance of a price increase is much higher if you wait to book within this time period. This is also the time when one can find significant differences between price quotes, depending on where one looks and what contract they have with the airlines.

Thus, if we book a trip earlier than three weeks before the flight date, we tend not to delay the purchase. At the same time, we check quotes from multiple travel agents, or go directly to a site that allows for a quick comparison of prices (such as kayak.com or skyscanner.net). Or check the airline itself.

As for answering the original question we posed, here are some simple tips. First, if you have to travel during a peak period, such as Thanksgiving week, it is generally best not to delay buying that ticket. Otherwise, it might pay to monitor the offered prices for some time before committing. The best strategy for booking within the last couple of weeks before the flight, however, is not to delay the purchase, but to try getting quotes from several agents, which is easy to do in the Internet age.

Yuriy Gorodnichenko is an associate professor of economics at University of California, Berkeley.

Volodymyr Bilotkach is a senior lecturer in Economics at Newcastle University.

This article was originally published on The Conversation: www.theconversation.com.