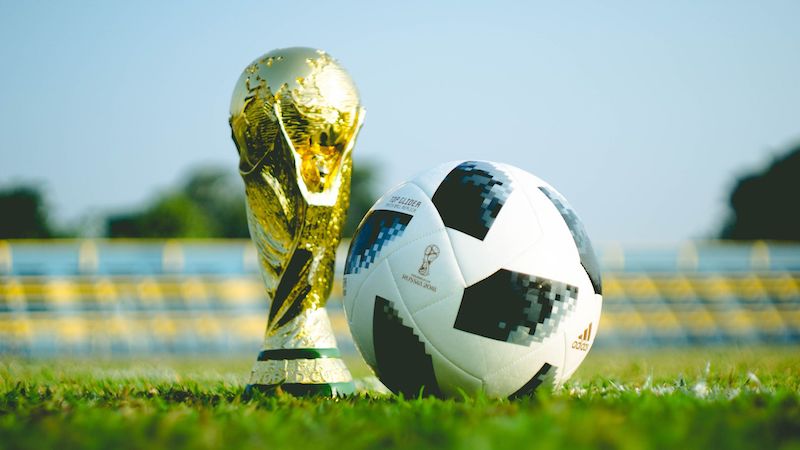 The World Cup is coming up in 2022 and will bring a major, unprecedented change. The tournament will take place in November/December, as Qatar has been chosen as the venue and the region's summer temperatures make sporting activity rather unhealthy. The entire season of the major European leagues will have to be interrupted at this time to allow the World Cup to go through in full. This poses a variety of organizational problems for the organizing FIFA.

As always in world soccer, the favorites for the World Cup are familiar names. In addition to Brazil, which as the leader in the world rankings is naturally at the top of the list of favorites, Argentina, France and Spain are also expected to play good roles. With England and Belgium, promising co-contenders for the title are present. The bookmakers have already prepared for the World Cup and have a sports betting online tip that seems to predict the tournament winner. Apparently, the pros are convinced that the title can only go through the Brazilians.

1. Continental winners Argentina and Italy not in the first row

Italy are the reigning European champions and there would have been much to suggest that the Azzurri could be one of the hot contenders for the title at the World Cup as well. But the team suddenly struggled in its qualifying group and then lost ignominiously in the World Cup playoff to North Macedonia. So the Italians will have to watch when the world title is played out. This should also mean that the glory of the European Championship title will fade quickly, as Italy faces a fresh start and now has to build up a whole new generation of footballers again.

The 2021 Copa America was won by Argentina in a very close final, 1-0 over Brazil. Nevertheless, the Brazilians have more tailwind and are favored by the bookmakers. This is primarily because Lionel Messi is still trying to win his World Cup title and confidence in that endeavor is waning. Nevertheless, Argentina will send a team into the competition that is equipped with a lot of quality and always likes to make life difficult for the Brazilians in particular.

Our Finnish national team, like the European champions, unfortunately failed to qualify for this major tournament. We placed 3rd (with 11 points after 8 games) in the qualifying round behind France and Ukraine. For Finland, too, the next European Championship is now the declared goal again.

The Brazilians are the favorites to win the title. With Neymar in the squad, there is a superstar and the wealth of talent that Brazil always brings knows no bounds this year. The fiercest competitors for the Brazilians should be England and France. England has gone from strength to strength in recent years and has an outstanding player in Harry Kane in a strong squad. After the European Championship final, the English may now be ready for a title. The French, on the other hand, may have the best team in the world, but recently played a disastrous European Championship including an early exit, which has shaken confidence in the team a bit. The strike duo of Karim Benzema and Kylian Mbappé is the best international soccer has to offer in this form and doesn't begin to describe what else the French can muster.

In addition to these three teams, Argentina and Spain must also be traded, but they are not quite as high on the bookmakers. Argentina will be able to achieve a lot with discipline, Spain has started a rebuild and has a young team at the start, which already reached the European Championship semifinals from a standing start. But the Spaniards have not yet returned to their old level of untouchability. They still need to gain a little more experience and perhaps play another major tournament.

3. In the wider circle of favorites

Germany is a big name at World Cups, but the team may not currently have the class to really win the tournament. The world-class center forward is currently missing and coach Hansi Flick has his hands full trying to make up for that deficit. In the games under Flick so far, no really great opponent has been beaten. The Netherlands has Louis van Gaal, the general, back on board and it should be his last attempt to win the World Cup. The Dutch would certainly be ecstatic, having waited since 1988 for their next international title. The team has a lot of class and is particularly convincing on the offensive. But the Dutch also lack a goal striker.

Portugal will be competing with Cristiano Ronaldo, who also wants to have another go. But the Portuguese already showed various weaknesses at the European Championship and can no longer be regarded as real favorites. A lot would have to happen if CR7 were to hold the trophy in his hands in the end. Belgium has a top team, but the Belgians have never won a title. The team first has to prove that it can win the decisive games. It failed to do so at the European Championship, and so it remains doubtful for the World Cup as well.

The exciting question is always which teams suddenly find themselves in top form at a tournament and are suddenly, completely unexpectedly, among the frontrunners. After the strong European Championship tournament, many experts are counting on Denmark, who have set themselves the goal of at least reaching the quarterfinals. Croatia and Uruguay are familiar names, but they haven't done much for their own reputations lately. Nevertheless, both countries have top players in their ranks who can make life difficult for their opponents at any time in a match. No one is really counting on hosts Qatar. The home side would already be very satisfied if they could get through the group stage.

5. Conclusion on the favorites for the 2022 World Cup in Qatar

Of course, it will be another tournament where hardly anything can be predicted, as the form of the day and the injury situation will still have a decisive influence on the real distribution of chances. Brazil and France will be tipped as the final pairing in most cases, and England also still seems to be a hot candidate. From the quarter-finals onwards, more and more favorites will clash and it can then become a really hot affair even in winter. Who will cope best with the special conditions in Qatar? In the end, this question will possibly decide who wins the title.