Oh the Nation's League, to some, is a mere friendly tournament that holds little relevance let-alone importance. However, to others, a competition designed for smaller nations to flourish, and climb up the leagues. While some may add Finland to that bracket, Suomi has recently risen up the ranks, all the way up to 57th in the FIFA World Ranking. However, despite their relatively poor performances in the Nation's League group 3 League B so far, the full story was not told solely by the scoreline in each game.

The Euro 2020 participants engaged in an enthralling battle in their group with Romania, Bosnia and Herzegovina, and Montenegro.

The first game was against Balkan side Bosnia and Herzegovina, where Finland picked up a point from a 1-1 result ultimately, however, how deserved was this? Teemu Pukki opened the scoring for Huuhkajat from the spot, to get his 35th goal for the national team after clumsy handling of the ball by Sanjin Prcic, right on the edge of halftime, the importance was prevalent. VAR was certainly not far from scrutiny once again, as the technology was utilized again much to Suomi's disdain. Watched through UEFA.tv, it can be seen how Finland maintained a level of uncertainty and instability throughout the second half.

Initially, Finland was struggling to cope with the Bosnian high pressure and lost possession under such on a plethora of occasions. This may have been due to the presumption that the Balkan side would implement a 3-back formation, whereas a 4-back was used. However, as the half progressed, Finland managed to keep the visitors at bay. As a result, Bosnian talisman Edin Dzeko was left isolated, which proved crucial to the home side. Finland continued their promising first half with quick passing moves, one that happened to lead to
Robin Lod finishing for Finland, which was later dismissed due to an offside by Pukki in the build-up. 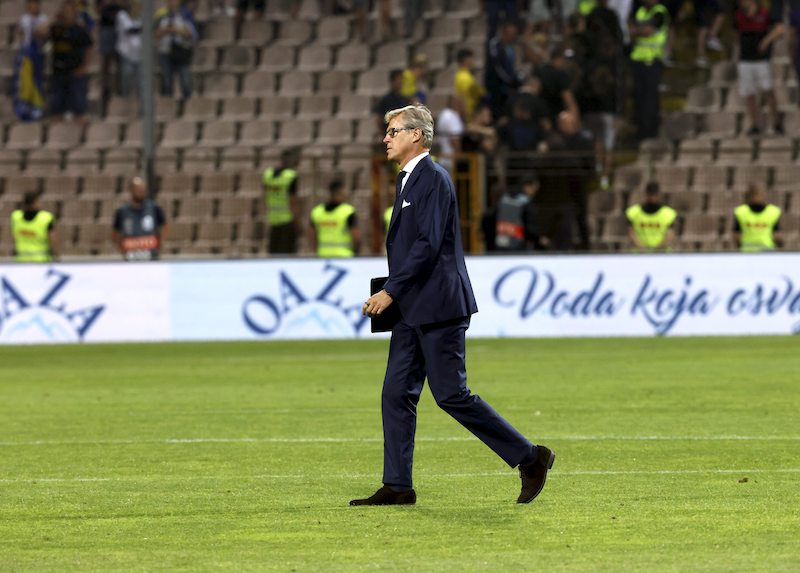 As the second half began, Finland picked up exactly where they left off, with Pukki having a chance to double the lead, but delivering with a riser. Despite this positive start, Bosnia upped their press once again, with Miralem Pjanic having a little problem in taking control over the game. The pressure finally paid off, as Bosnia began peppering Lukas Hradecky in the second half, eventually leading to a goal for Smail Prevljak after some tidy hold-up play from Edin Dzeko. In the end, according to BeSoccer, Finland had an expected goal tally of 0.39 while Bosnia was more accomplished with 0.90. Despite a performance to be proud of in the first half, disruptive substitutions lead to a loss of rhythm and control, after all, said perfectly by Finland manager Markku Kanerva through YLE, "That's what football is like sometimes".

Following this disappointing result, the owls were keen to bounce back in the form of a fixture against Montenegro. Finland came through with a comfortable 2-0 win over the away side, after the game appeared as a cagey affair in the formative 10 minutes, Finland grappled onto the game relentlessly. The game featured some tidy passing movements and hold-up play, until such came to ultimate fruition, with Bayer Leverkusen forward Joel Pohjanpalo finishing off a slick passing movement. The next goal came soon after, and it was that man once again, this time from a free-kick whipped in dangerously by Lucas Lingman and instinctively finished off by Pohjanpalo with a clinical volley. Fueled by confidence and instinct, the Bundesliga striker instilled a bubble of thought into his manager's mind. In the second half, Montenegro gained an increased amount of rhythm, however, Finland did not find themselves slipping up, with them seeing out a solid win and a clean sheet to keep an unbeaten status in the group.

This time off the back of a win, Finland was facing Romania in Bucharest; their first fixture on away soil in this group set so far. The latter had faced a devastating set of results in the competition before this game. However, in the end, the Romania side bullied Finland to victory, in what was, quite frankly a surprising result with the Tricolors winning 1-0 on their home soil. To the surprise and perhaps alarm of most, Jesse Joronen had come in for Lukas Hradecky, which was quite an unprecedented change. Inevitably, Pohjanpalo kept his spot after his impressive showing earlier in the week.

Romania began the game with confidence, despite losing the previous two, a clumsy challenge by Uronen proved to be enough for a penalty. However, to much surprise, backup goalkeeper Joronen stepped up and saved the penalty taken by Puscas, and to much delight, saw it nod off the woodwork moments after on the rebound. Despite this early stroke of fortune, Puscas skipped past a challenge and crossed it into a dangerous area, to be headed in by Bancu. After this goal, Huuhkajat followed in a predictable manner, attempting to manoeuvre utilizing slow build-up play, but being let down by poor final product. Juxtaposing appropriately, Romania battled and aggressively duelled through the game, struggling to finish off Finland. Contrary to the game against Bosnia, where Finland responded to pressure with panic, Huuhkajat remained organized this time around, collecting a higher expected goal tally according to BeSoccer than their opponent for the first time in the group, having an xG of 1.55 to Romania's 0.71. Despite the composure and patience, Finland was outbattled physically in the end, despite a flurry of saves by Joronen to keep Suomi alive in the midst of such a war. 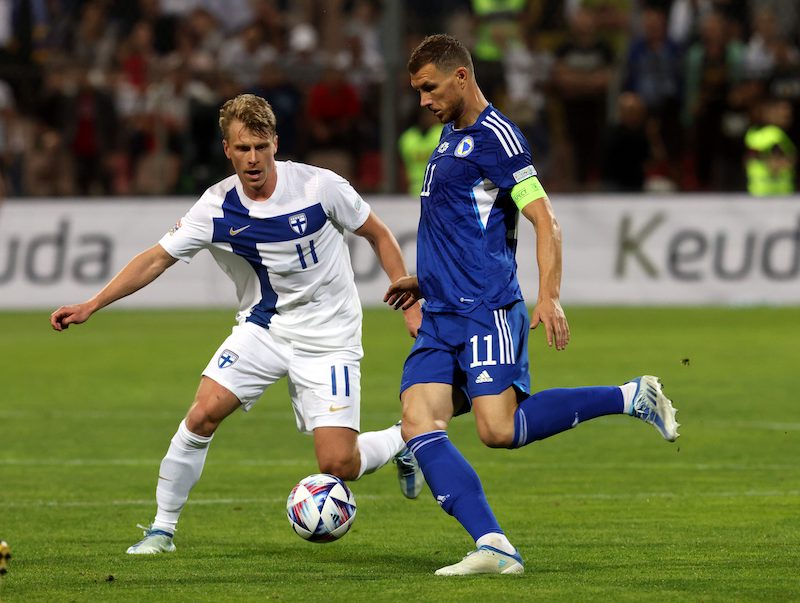 Finland was entering the fourth game of the group, and despite a positive performance, wasteful finishing was to rue. The Owls could not have dreamed of a worse start to the fixture, with Edin Dzeko winning a leniently given penalty a mere four minutes in. Serie A veteran Miralem Pjanic confidently tucked away as expected, and Finland had been left in a ditch. Despite this, to much surprise, Finland responded emphatically, with two quick goals resulting from counterattacks scored by Pukki and Kallman proving to be pivotal. This euphoria soon came to an end, however, as VAR was once again in the limelight, with the technology giving a goal by Edin Dzeko initially adjudged to be offside. After the break, it was clear that Bosnia was keen to slow down the game, and not force any offensive moves or breaks. For Huuhkajat the tight scheduling was coherent, as fatigue and lethargy played a significant part. Transitioning from composure to action rapidly, Edin Dzeko dribbled past three defenders to place a strike from the edge of the box into the bottom corner.

Despite the brilliance from the former Manchester City man, Finland created chances, with Niskanen and generally talismanic striker Teemu Pukki shooting wide. Towards the business end of the fixture, however, Finland frankly was lost, haphazardly flinging men up the pitch in hopes of a late equalizer, the plan was placed, but the urgency due to tight scheduling proved to be a detriment, with the game ending 3-2 to Bosnia and Herzegovina.

Now, despite a relatively positive start, Finland sits third in the group, with two games left, it is pivotal that Huuhkajat ensures a place away from relegation with another win. Simply a position most Suomi fans were most definitely not expecting two weeks ago. In the end, Finland’s results contrasted from a promising start, to a disappointing two losses on the bounce. However, the hopes are not over for Finland just yet, as they just need one win out of their two remaining games against Romania and Montenegro. These games, taking place on September 23rd and 26th respectively, will be pivotal, as Huuhkajat are keen on exploring continental success. Despite this, it may be a case of seeking safety, rather than the much more sought after success.