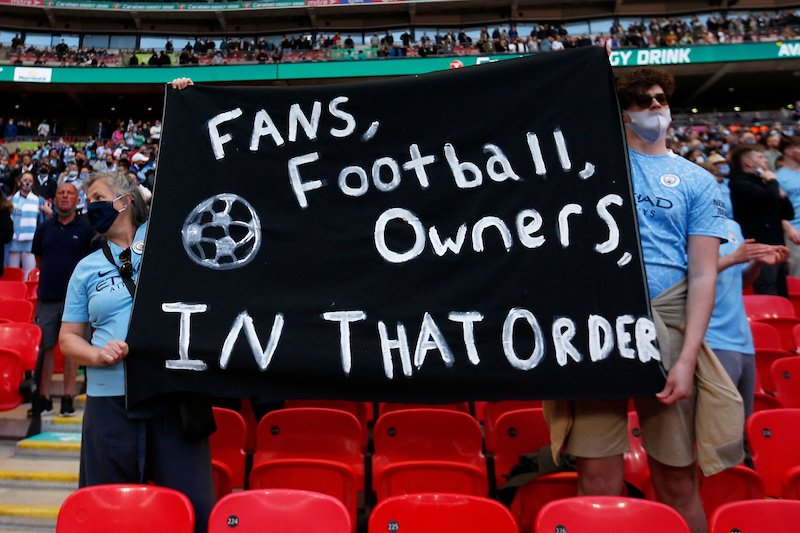 Hours after plans for European Super League was announced, Manchester United and Arsenal have now resigned from the European Club Association (ECA).

As per a report in Goal.com, Ed Woodward, who is the chief of Manchester United has also stepped down from his role with UEFA. The announcement of the European Super League has meant that both Arsenal and Manchester United have resigned from the ECA.

Arsenal CEO Vinai Venkatesham has also resigned from his position on the ECA board, as per the report.

Woodward was appointed to UEFA's Professional Football Strategy Council as an ECA representative in September 2017. On the other hand, Venkatesham was elected to the ECA board two months ago.  Manchester’s both teams, together with Liverpool, Chelsea have been ranking high by sports betting sites as favourites to win the championship this season, and this forecast has not changed as summer approaches. Manchester United is one of the most popular foreign football clubs in Finland and even has its own organised fan club, MUSCOF ry. (Manchester United Supporters Club of Finland).

All these developments now further signal that both the clubs are keen to push forward with this controversial European Super League. A group of 12 European clubs on Monday confirmed their plans to launch a new European Super League. Among these 12, six belong to Premier League and they are -- Manchester United, Manchester City, Liverpool, Arsenal, Tottenham Hotspur, and Chelsea.

This European Super League has been met with severe backlash ever since reports started doing rounds in the media of the formation of the league. Despite this fact, the 12 clubs have now confirmed the formation and format for the new competition.

In a joint statement released by the 12 clubs, it was said: "Twelve of Europe's leading football clubs have today come together to announce they have agreed to establish a new mid-week competition, the Super League, governed by its founding clubs. AC Milan, Arsenal, Atletico Madrid, Chelsea, Barcelona, Inter Milan, Juventus, Liverpool, Man City, Man Utd, Real Madrid, and Tottenham Hotspur have all joined as founding clubs. It is anticipated that a further three clubs will join ahead of the inaugural season, which is intended to commence as soon as practicable."

"Going forward, the founding clubs look forward to holding discussions with UEFA and FIFA to work together in partnership to deliver the best outcomes for the new League and for football as a whole. The formation of the Super League comes at a time when the global pandemic has accelerated the instability in the existing European football economic model. Further, for a number of years, the founding clubs have had the objective of improving the quality and intensity of existing European competitions throughout each season, and of creating a format for top clubs and players to compete on a regular basis."

The announcement has raised a blazing debate across the European press and among footbal fans all over the continent. In Finland too, sport magazine and betting sites like this have reacted vehemently on such a revolutionary scenario. Is this move going to kill meritocracy in football? Will the Superleague bring to the fans a topclass competition or it is just a way for the veteran teams to become richer and more powerful?

Earlier, UEFA had said that any player and club who participates in the proposed Super League will be banned from UEFA and FIFA football tournaments.

"We will consider all measures available to us, at all levels, both judicial and sporting in order to prevent this happening. Football is based on open competitions and sporting merit; it cannot be any other way. As previously announced by FIFA and the six confederations, the clubs concerned will be banned from playing in any other competition at domestic, European or world level, and their players could be denied the opportunity to represent their national teams," it added.