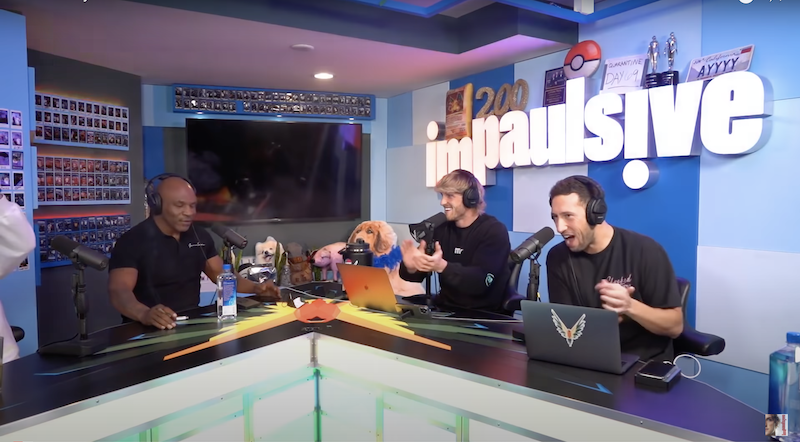 Boxing fans may be surprised at the upcoming exhibition bout between American YouTuber Logan Paul and boxing legend Floyd Mayweather. After all, the records of the two could not be more different. Mayweather has a perfect record from 50 fights whereas Paul has yet to achieve a victory in his less than illustrious fledgling career.

The truth is that the result of the contest is highly likely to be an easy Mayweather win. However, both participants are set to benefit financially. Especially when you consider that the contest will be screened on pay per view service Fanmio. Of course, the broadcasters will also make a lot of money from the contest on February 20. Other companies, including sports betting operatives like Unibet, are joining in with the excitement of the day by offering opportunities for customers to place a wager. Although, winning money based on such a seemingly obvious result is unlikely. Even Paul’s own brother Jake thinks there is no chance of an upset.

Jake Paul is Logan’s younger brother. He is a sometimes controversial YouTuber who has also taken a step into the boxing world.  However, he cannot understand why his brother has chosen to face Mayweather. He recently said, “I wish him the best of luck. I just like… don’t get in there with a guy who’s never even been knocked out. He’s been knocked down once and it was by accident.”

Others in the boxing world think that Logan Paul will be a tougher opponent for Mayweather than Conor McGregor was. Former Mayweather opponent Victor Ortiz is one of those who think that this bout will be tougher than Mayweather’s outing against the Irish MMA star.

Ortiz said that he believes Paul has the boxing ability, power, and reach to bother Mayweather. Even if Paul does have some useful attributes, most boxing experts and fans expect the former champion to have an easy job to do against the YouTuber. Despite Jake Paul being one of those who do not rate his brother’s chances, it seems there is a chance that he may be next in line to fight Mayweather.

Given Jake Paul’s doubts about his brother’s upcoming bout, it seems surprising that he would consider taking on Mayweather himself. His short boxing record may be a little more positive than his brother’s but he certainly does not seem to be potentially world-beating right now.

Despite this, Jake Paul’s assistant trainer has said that a meeting between him and Mayweather is a “major possibility”.  He went on to say that there is every chance that Jake will hope to entice the former champion to stay out of retirement and fight him directly after the bout against his brother Logan.

To back his opinion, J’Leon Love pointed to the fact that both Jake Paul and Mayweather are businessmen and can see the earning potential of a meeting. Paul himself is yet to comment on the potential of him taking on the former champion after his brother does. Only time will tell what happens.