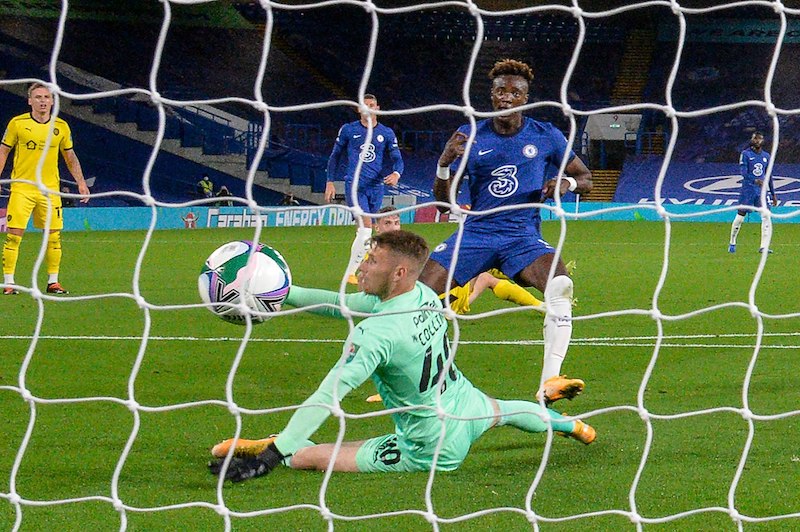 Liverpool produced a dominant performance in a comfortable 2-0 victory over Chelsea at Stamford Bridge, Frank Lampard may have gone on a £200 million summer spending spree, but his team looked far behind the reigning champions.

Chelsea were not helped when Andreas Christensen was deservedly sent off on the stroke of half time, after he wrestled down Sadio Mane in a rugby style challenge.

Yet even up to that point Liverpool had pressed Chelsea back for the majority of the first half, with the Merseysiders’ passing far sharper in the opening exchanges.

Mane scored two goals in four minutes early in the second half to confirm the  superiority of Jurgen Klopp’s team.

The first was a header from a Firmino’s cross, and then he took advantage of a dreadful error by Chelsea’s out of form goalkeeper Kepa, who passed a weak clearance straight into the path of Mane, who easily converted his second of the game.

Chelsea were given a lifeline in the 75th minute when Liverpool’s new signing Thiago, who was brought on at half time for the injured Jordan Henderson, fouled Timo Werner with a challenge that brushed the German’s ankle.

Jorginho, normally reliable from the spot, meekly placed his penalty to Alisson’s left, which the Brazilian pushed away.

Overall it was a wake up call for Chelsea, who have been much fancied to even make a title challenge this season due to their heavy summer spending.

Yet not all of the new signings have featured for Chelsea, Thiago Silva and Ben Chilwell are not ready yet, while Hakim Ziyech has also yet to make his Chelsea debut due to injury. 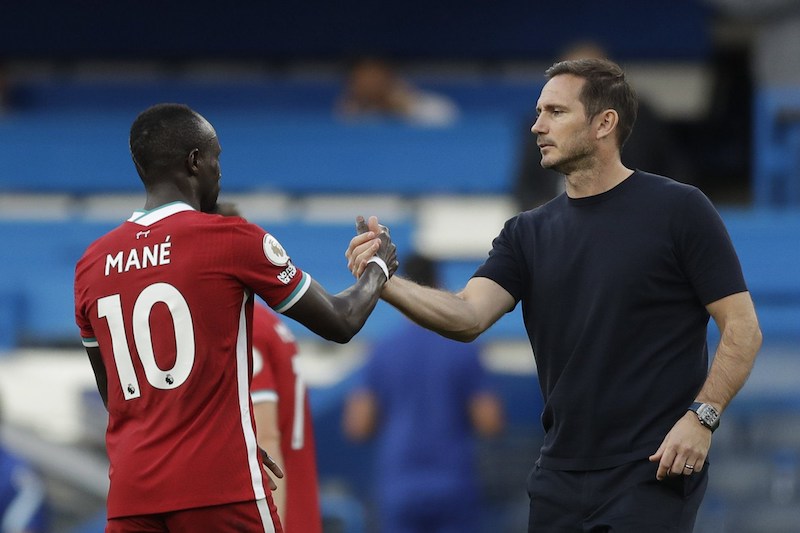 Many eyes will be on Frank Lampard’s team when all of his new acquisitions are available.

More positively Timo Werner did look lively and was energetic throughout the game, even though he was fighting an often losing battle.

Liverpool on the other hand sent an ominous message to the rest of the Premier League, with a performance that more than suggests that they are capable of retaining their title.

Thiago made a promising debut despite giving away a penalty, with Wolves forward Diogo Jota set to join the Anfield club in a £45 million move.

Manager Jurgen Klopp will be ecstatic that he has been able to bring in new faces to freshen up an already impressive squad, for most of the current transfer window it was looking doubtful whether he had any funds available. 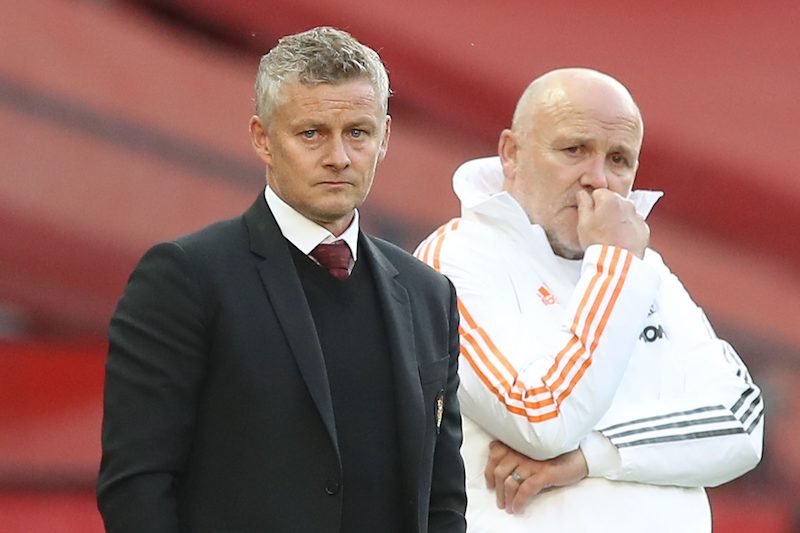 Manchester United made an appalling start to the season, with a 3-1 home defeat to Crystal Palace.

United showed little urgency throughout the game, with the attacking quartet of Bruno Fernandes, Marcus Rashford, Daniel James and Anthony Martial all disappointing.

Defensively United were even worse, with Victor Lindelof in particular looking vulnerable, as Palace took advantage of United’s lack of pace at the back with captain Harry Maguire also looking exposed.

Palace opened the scoring after just seven minutes through Andros Townsend, then took the game beyond United through a controversial penalty that was awarded against Lindelof.

Lindelof was judged to have handled in his own box, the decision appeared harsh, but even with the intervention of VAR, the penalty was still given.

Debutant Donny Van De Beek opened his United account with ten minutes remaining, but Wilifried Zaha scored his second of the game to wrap up the three points.

United fans were left wondering whether any more additions to the squad along side Van De Beek will be made.

A centre back and a right sided attacker look as though they are the priority areas for manager Ole Gunnar Solskjaer. 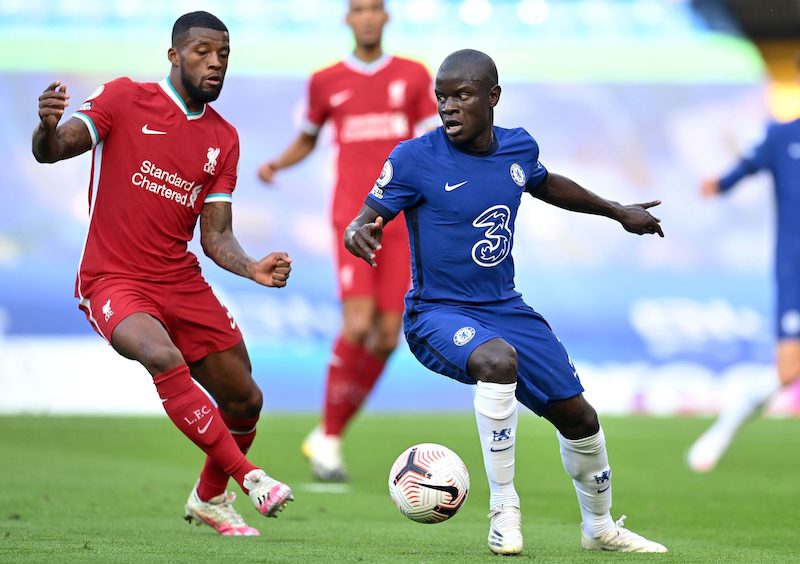 Tottenham celebrated the return of Gareth Bale with a 5-2 victory as Southampton.

Son Heung-min sent a message that Bale faces a fight to take the left wing position off him by scoring four goals.

The South Korean combined with Harry Kane on all four occasions that he hit the net.

It has been suggested that Bale will not make his debut on his return to White Hart Lane until next month due to a knee injury.

A late goal five minutes from time through Eddie Nketiah sealed the victory, and a 100% record in the opening two matches for the Gunners.

Everton have also begun the season with two victories with a 5-2 win against ten man West Brom.

Carlo Ancelotti’s management continues to have a positive effect, it’s the first time in eight years that Everton have won their opening two fixtures.

Leicester City have also started the season brightly with two consecutive wins, after a 4-2 win over Burnley.

So far the Foxes have shrugged off any disappointments from losing out on a Champions League qualifying position last season.