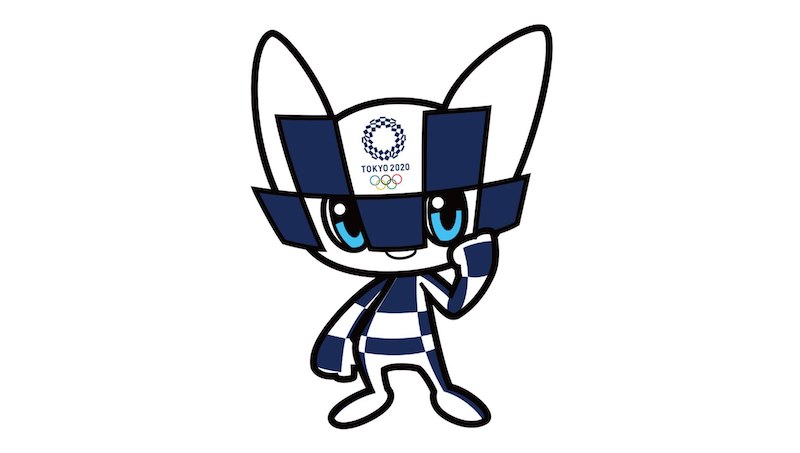 The Tokyo Summer Olympic 2020 mascot is called Miraitowa, which is derived from the Japanese words mirai (future) and towa (eternity)

The winter is here, and soon it's time to say 'Goodbye' to 2019 and 'Hi' to 2020 – the spring of a new decade. In this article, we will look into the best sports events the upcoming year has to offer.

After a remarkable murky November – Sweden has had its darkest November in over 100 years –, December is knocking on the door. A month that usually brings snow to the southern parts of Finland, and with snow there comes light. Yes, we are reaching the end of the year,

which means that it will soon be time to welcome a new year. Let's see what first half of 2020 has to offer in terms of extraordinary sports events. Here are just a few major events.

On Jan 20 there's time for some serious tennis, as the first of four Grand Slam tournaments, Australia Open, smashes off in Melbourne (one of the most sustainable cities in the world). As it is considered to be one of the finest Tennis tournaments in the world, the interest is enormous. Last year, there were 796,435 attending spectators, and in 2020, when the 108ht edition is held, we expect a new record to be set.

The Super Bowl is possibly the most American sports event of them all. Not only because it's the American Football Championship, but it's also an enormous feast with over 100 million Americans watching from their homes. And it's not just the love for football that attracts such a massive audience; there's also the world-class entertainment shows and the million-dollar commercials starring some of the biggest Hollywood stars of the day.

If you also want to join the party, but can't travel to Raymond James Stadium in Florida, you can do it like the Americans – invite your buddies over, load up with snacks and beer, and watch the game online on the TV.

If you also want to join the party, but can't travel to Raymond James Stadium in Florida, you can do it like the Americans – invite your buddies over, load up with snacks and beer, and watch the game online on the TV.

One of the greatest events in football is the final of the prestigious Champions League, where the best teams in the world fight for the title. During the last nine years, the Spanish giants Real Madrid has won most trophies (4), then followed by Barcelona, who has won four. Last season Liverpool won the Champions League, and perhaps they can do it once again in May. Today, the reds are arguably the best team in the world.

The European Football Championship is held every fourth year, in which 24 countries have to qualify to participate. This year will be an exceptional edition of the tournament; for the first time in the history of "Euros", the games will take place in twelve different countries and arenas. From Copenhagen to Russia. In other words, you'll have the opportunity of your life to see Euro-match in real life.

The next summer Olympics will be held in Tokyo starting July 24th. This will be the second time that Tokyo is the host city for the summer Olympics. Last time it was in 1964 when the games were held in Tokyo. Right now, it is announced that Russian athletes will not participate in the games even under an independent flag because of the violations in doping rules.

The Olympic mascot is called Miraitowa, which is derived from the Japanese words mirai (future) and towa (eternity). This name was chosen to promote a future full of eternal hope in the hearts of people all over the world.

Additionally, a few Japanese artists have made an unofficial site where they have reimagined flags of the participant countries. Go see if you recognise yours there.

You can purchase tickets for the Tokyo Summer games here.