With the phenomenal goal scoring record so far of Norwich City FC and Finland International striker, Teemu Pukki, since the start of the football season in the English Premier League, we wanted to look back at Finalnd’s top 3 former footballers who are recognised worldwide.

Perhaps the most famous Finnish footballer of all time, Litmanen had a successful career playing for the likes of Ajax Amsterdam, FC Barcelona and Liverpool FC. In his career, he scored 23 goals in the UEFA Champions League but was most prolific in front of goal when playing for Ajax where he scored 96 goals. He finished his career in 2012 playing for HJK Helsinki. While at Ajax he won the Eredivisie League 5 times as well as the UEFA Champions League in the 1994-95 season.

Speaking earlier this year Litmanen said that Pukki’s “move to Celtic taught him a lot,” he continues: “Pukki is not a traditional ‘wrestling’ centre forward. In Scotland, Celtic were superior and faced very low defensive lines every week, which forced their strikers to wrestle. There were no counterattacks or chances to make runs behind the line. But Pukki learned a lot and understood what kind of physics it takes to play in Britain. When Pukki moved to the tough and wearing Championship, many people were first doubtful. Pukki proved everyone wrong.” 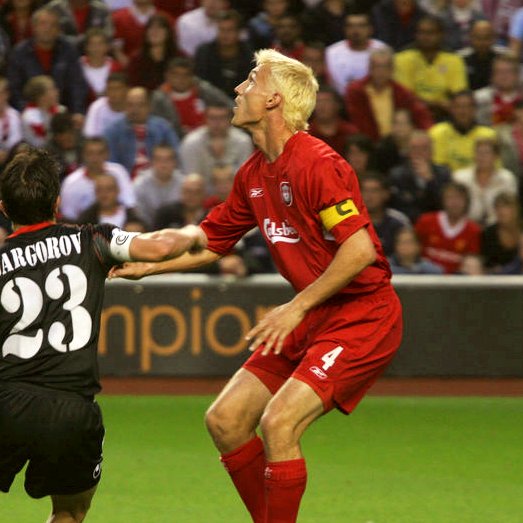 The 1,93m defender is most remembered for his decade-long playing career for Liverpool FC, a team he moved to in 1999. It was only two years later in 2001 that Hyypiä won a historic club treble with Liverpool after winning the League Cup, FA Cup and UEFA Cup. By 2014-15 he won the most prestigious club competition of all, the UEFA Champions League, in a memorable night in Istanbul, Turkey. He finished his playing career playing for German side Bayer Leverkusen in 2011.

Speaking to Liverpool FC back in April 2019, the former centre-back Hyypiä said of his former team that he “thinks pressure is a good thing. When I played, I felt the pressure and I was nervous before games but that brought more out of me. He adds “I think when you are too nervous about something it can lock you up a little bit, you can’t perform at the level that you are able to. I think pressure is good, but with good training and good preparation then you ease the pressure and you can cope with it.

“I think that’s the key: that when you play a game, you enjoy it. You enjoy playing well and when your team is playing well together, then you enjoy it. From what I’ve seen in many of the games, it looks like the players are really enjoying it.

“The race has been unbelievable. I was there playing when Arsenal had the unbeaten record in the league and I thought that would never, ever happen again and now these two teams are quite close to that.

“Liverpool have only lost once and when two teams are capable of doing that then it’s a great thing.”

The Mikkeli-born goalkeeper who is without a doubt the best Finnish goalkeeper of all time spent a decade between 1997 -2007 playing for English teams. The most significant playing time he had was for Bolton Wanderers, where he played 474 times before moving to West Ham United and then Wigan Athletic. He ended his playing career last year playing for Indian Super League side ATK in Kolkata.

Speaking to The Guardian ten years ago about his life at Bolton, Jääskeläinen said: “I've been happy with my family life; that's the main thing. My three boys were all born in Bolton and have grown up here. The other thing is the football side: at first we were up and down but then we established ourselves in the Premier League and even got into Europe. There have always been new challenges. The season before last we struggled against relegation but last year we finished 13th, so now we want to build on it.”

Judging by the former three Finnish football legends’ career one can already see how Teemu Pukki is beginning to establish himself as one of the great Finnish footballers of all time.