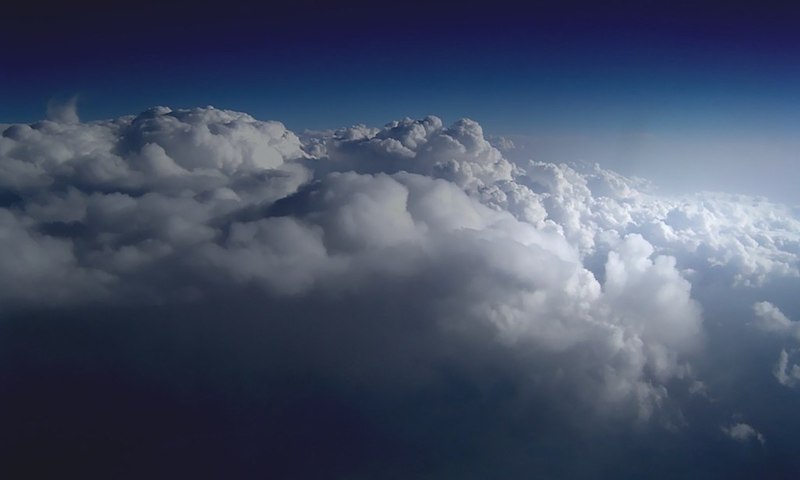 In many parts of the world, the difference between the daily high and low temperatures is decreasing due to climate change.

The difference between the two also referred to as the diurnal temperature range (DTR), has a big impact on growing seasons, crop yields, household energy use, and heat stress-related health problems in people. However, it remains unclear why and how the DTR shrinks with climate change.

Researchers who took part in a recent international study that looked at the DTR at the close of the twenty-first century think they have discovered the solution: an increase in clouds that during the daytime block the sun's incoming shortwave radiation.

The study, which is the first to examine the issue of the Earth's shrinking DTR, particularly how it is related to cloud cover, is published in the journal AGU Geophysical Research Letters.

"Clouds are one of the big uncertainties in terms of climate projections," said co-author Dev Niyogi, a professor at The University of Texas at Austin Jackson School of Geosciences. "When we do this with a very high spatial resolution modeling framework, it allows us to explicitly simulate clouds."

This is crucial to comprehending the future of the DTR, according to the lead author Doan Quang Van, an assistant professor at the University of Tsukuba Center for Computational Sciences in Japan.

"Clouds play a vital role in the diurnal temperature variation by modulating solar radiative processes, which consequently affect the heat exchange at the land surface," he said.

The team was able to simulate the complex interactions between land-surface processes and climate change using supercomputers. These include modifications to the use of the land (such as deforestation), soil moisture, precipitation, cloud cover, and other elements that can have an impact on local temperature. The researchers were able to more thoroughly examine the effects of climate change by developing a model with a finer resolution grid--2 square kilometre grids as opposed to the 100-kilometer grids used in most climate models.

The team concentrated on the Malaysian peninsula and the Kanto region of Japan. They projected what would happen to the DTR in the two regions at the end of the century using different climate scenarios and the 10-year period from 2005 to 2014 as a baseline. They discovered that in the temperate Kanto region and the more tropical Malaysian peninsula, the temperature gap narrows by about.5 Celsius and.25 Celsius, respectively. Researchers attribute a significant portion of these changes to the increased daytime cloud cover that would be anticipated to form under these climatic circumstances.

The study, according to the researchers, can assist in enhancing current global climate models and aid in understanding how the shrinking DTR will impact society and the environment as global temperatures rise.

"It is very important to know how DTR will change in the future because it modulates human, animal and plant metabolisms," said Quang Van. "It also modulates the local atmospheric circulation such as the land-sea breeze."