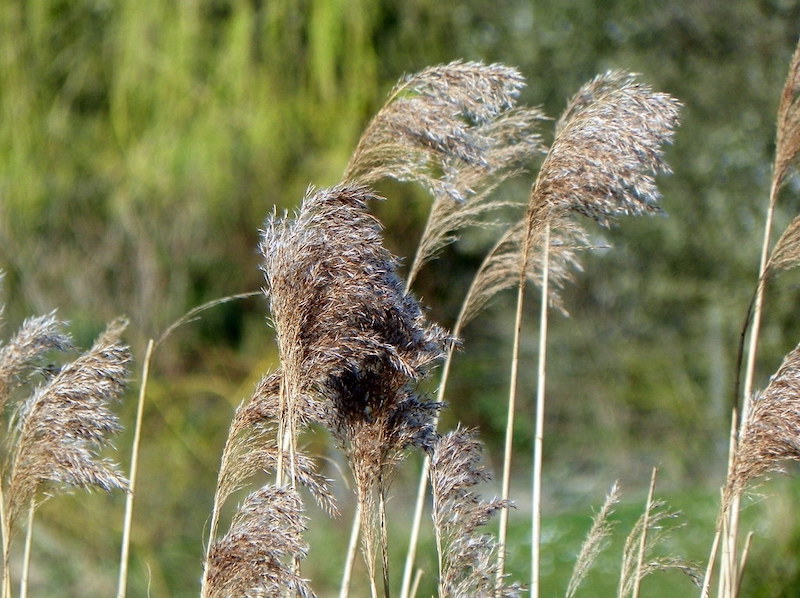 The current technology of biorefineries would enable the utilization of the common reed for product manufacture. The efficient harvesting of the reed would also help control the nutrient content of water bodies and promote the green transition.

The common reed holds great potential as a raw material for many processes aiming for highly refined end-products for international markets.

Despite the expanding growth area and volumes, industrial-scale utilization has not advanced due to reasons such as underdeveloped harvesting technologies.

”The lignocellulose-based common reed should be taken into account on a global scale as a part of the green transition,” maintains Timo Suutarla, business development manager at Green Industry Park.

Suutarla was a mentor in a student working group that examined the functionality of the current harvesting methods of the common reed in industrial-scale harvesting. The study was part of LUT University’s Master’s course Current Issues in Enabling Technologies for Circular Economy. The study collected data on the suitability of different methods and interviewed operators in the field.

Global population growth and a rising standard of living will lead to a shortage of virgin raw materials. New circular economy technologies will enable the raw material use of new, currently underutilized material flows, such as the common reed. For example, textiles, plastics, adhesives, cosmetics and fuels could be manufactured from the common reed with current biorefinery technologies.

“How can we recover this nutrient-absorbing annual straw from our waterways and deliver it to the mill at a competitive price? That is the key question to developing this new industry in which Finland has what it takes to be a world leader," says Suutarla.

How to sell the common reed

“Another important aspect is the presently missing logistics and storage of harvested common reed,” says another member of the group, Aysu Cansu, who interviewed representatives of a local harvesting company in Kouvola, Finland.

“Currently, they do not know how to transport and sell their harvested common reed, which is a huge problem. The feasibility of the process could be greatly improved by solving this problem,” she continues.

The common reed would be an interesting addition to the raw material range in bioethanol production. Harvesting the reed efficiently would also help control the nutrient content of water bodies and promote the green transition.

Another mentor of the student research group, Janne Harjunpää of the company Myllykosken bioetanoli Oy, emphasizes that harvesting the common reed from water areas would help to eliminate nutrient runoffs, and the use of the reed as a raw material for second generation biofuels would reduce the need to import fossil fuels and thus also reduce CO2 emissions. However, high harvesting costs are the main obstacle to exploiting the common reed on an industrial scale.

The large-scale utilization of the common reed for different purposes would also create significant regional and international business opportunities.

“The study highlights the opportunities in our region to turn the challenges of this era into opportunities. The innovative exploitation of the common reed can give us a clear advantage in creating new business. We definitely need to seize the opportunity,” says the group’s third mentor, Mika Penttilä from Kouvola Innovation Oy.

The study sheds light on the existing harvesting technologies and creates a solid basis for further development. It will be utilized in, for instance, the development of harvesting methods and planning the financing of further studies and projects.