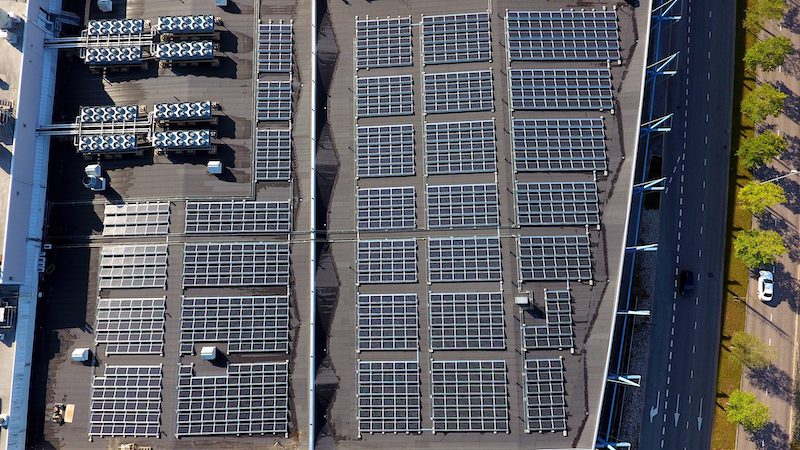 LUT University has debunked myths involving the orientation and dimensioning of solar photovoltaic systems and selling surplus electricity from them.

”A south orientation is economically viable regardless of the consumption profile. There is no single correct orientation. The choice depends on whether you want to maximize self-sufficiency in electricity generation or profitability,” explains Altti Meriläinen, electrical engineering research assistant at LUT University.

LUT’s study suggests that the solar PV system should face south if the aim is to sell surplus electricity to the main grid at spot prices. The spot price is the hourly market price of the Nord Pool power market in the Finnish trading zone. However, if the goal is to maximize self-sufficiency, the system should face two directions, such as south-east and south-west.

An east–west orientation may lead the owner of the solar PV system to lose up to 15% of revenue compared to a south-facing system.

The study was the first to apply the Finnish Energy Authority’s updated customer class load profiles as research data. The load profiles consisted of measurement data from Finnish electricity companies. In addition, the study utilized simulations of solar electricity generation in Southern Finland as well as Nord Pool’s average hourly day-ahead prices in Finland. The results have been calculated from hourly data.

Sales of solar electricity to the grid currently profitable

In earlier studies, LUT has also examined the economically efficient dimensioning of solar PV systems and the profitability of electricity storage.

”In single-family houses, the best or most profitable solution is the over-dimensioning of the solar PV system. In larger buildings, 100% self-consumption is the most economical alternative. On the other hand, profitability would not plummet due to excess yield,” says Associate Professor Antti Kosonen of LUT University.

Kosonen’s study indicates that the self-consumption of solar electricity has been cost-effective already with 2016–2020 electricity prices. With current prices, also selling it has become profitable.

Solar electricity is booming in Finland. At the beginning of 2022, there were over 40 000 solar photovoltaic installations in Finland, and the number keeps growing. In 2021, the share of solar electricity in Finnish electricity generation was roughly 0.4%. In other words, there is potential for growth.

The European Commission has proposed that solar modules be made compulsory in public, commercial and private buildings by the end of this decade. LUT University’s research takes a stand on how roofs of buildings should be oriented in Finland to gain the greatest advantage from solar photovoltaic systems.

“Photovoltaics should be taken into account in building architecture because it is the simplest and least costly way to produce electricity locally,” Kosonen points out.

Meriläinen adds that houses with a gable roof should be built with one sloping side facing south or nearly south. Chimneys and other elements that cast a shade should be placed on the north side of the roof.

LUT is a leading university in energy research