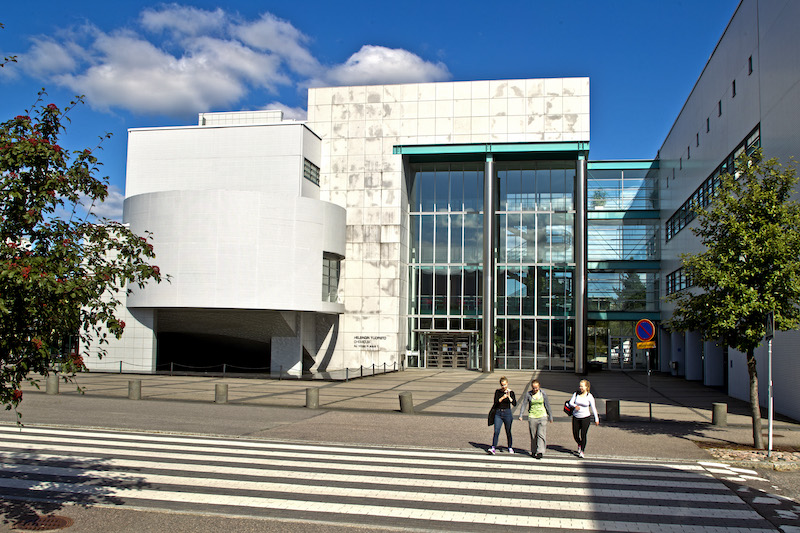 Helsinki University Department of Chemistry at the Kumpula Kampus - Photo by: Ari Aalto

Department of Chemistry at the University of Helsinki and ASM International N.V.("ASM") have signed an agreement for forming and funding of the ALD Center of Excellence (ALD CoE). Dutch-based ASM is a leading supplier of semiconductor manufacturing equipment.

The new five-year agreement entails a significant expansion of the collaboration that already began in 2004 and now gets extended to the impressive length of 23 years. ASM will more than double the current funding provided to the University as part of this agreement. The accelerator laboratory of Department of Physics receives part of the funding. ASM also plans to expand the team at its subsidiary ASM Microchemistry Oy at the Kumpula campus.

ASM Microchemistry has been pioneering ALD (Atomic Layer Deposition) technology since its founding in 1987 and has been co-located since 2004 in the Chemicum building at the Kumpula campus. University of Helsinki, working on ALD since 1990, hosts HelsinkiALD that is one of the world's best known academic research groups in the field of ALD chemistry. The ALD CoE will focus on ALDand other atomic layer processes and thin film materials that are necessary for future microelectronics. ALD is an advanced technology for depositing thin film materials in highly controlled manner for integrated circuits and other applications. Semiconductors in all today's mobile phones and computers contain materials made by ALD. One recognition of the importance of the ALD technology was the Millennium Technology Prize that was awarded in 2018 to Dr. Tuomo Suntola, the Finnish inventor of ALD.

– The ALD Center of Excellence agreement significantly expands our nearly two-decade long and successful collaboration with University of Helsinki. We are very excited about this partnership aimed for breakthroughs around ALD that will enable future semiconductor technologies.

– Collaboration with ASM, which is exceptional in terms of both length and volume, is highly valuable for the University of Helsinki, stated vice-rector Paula Eerola. Professor Mikko Ritala and associate professor Matti Putkonen who head the HelsinkiALD research group at the University added: "We greatly appreciate ASM for the long-term commitment and collaboration. Our research area is clearly exceptionally fruitful and rewarding for academia-industry collaboration. The research questions we are addressing are fundamental by their nature, yet our results may find immediate use in future semiconductor devices. Therefore division between basic and applied research is meaningless.

A critical element behind the successful collaboration is the mutual understanding and respect of each party's interests, in particular intellectual property protection for ASM and open science for the university.

– When new innovations are made, these are first patented, after which we are free to publish all the results without any undue delay, said Ritala.

In 2020 ALD center Finland research infrastructure, formed by HelsinkiALD in the chemistry department and accelerator and x-ray physics laboratories in the physics department, was selected by Academy of Finland to the national research infrastructure roadmap. ALD center Finland serves as a national platform for research and education in atomic layer level processing techniques. The center also supports other fields of research requiring state-of-the-art techniques for thin film deposition, characterisation and surface chemistry, catalysis in particular.

– It is a pleasure seeing how wanted chemists graduating from us are in the industry and elsewhere. To make the training even more attractive, a unique Master´s programme in ALD has been launched. The students will be majoring from Inorganic materials chemistry study track of Master's Programme in Materials Research, and their courses are directed so that they cover all important aspects of ALD, including precursors, thin film deposition and characterization as well as potential applications," explains Matti Putkonen, who was appointed in 2019 as an associate professor in atomic layer deposition and etching, seemingly the first one of its kind in the world.

– Our education and hands on training create an exceptionally good starting point for our graduates to become part of the rapidly increasing global ALD community.