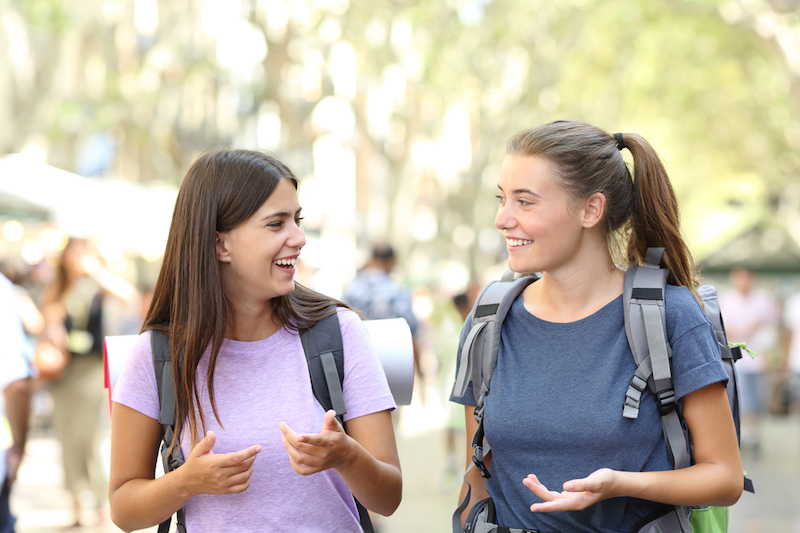 In her doctoral dissertation, Heini Kallio looks for connections between the acoustic features of speech and the language proficiency assessments carried out by humans. The results can be applied to the development of teaching in oral language skills and their automated assessment.

In 2017, a working committee established by the Ministry of Education and Culture submitted a proposal on adding an oral section to the language examinations of the Finnish matriculation examination.

“While speech is the most common form of human communication, both language teaching and testing is focused on writing, also in Finland,” Heini Kallio notes. “Moreover, the phonetic perspective has remained marginal in Finnish research on language skills assessment.”

In addition to the preconditions of the matriculation examination, the practical challenges associated with assessing speech include the resources required for testing. The DigiTala project funded by the Academy of Finland investigates the possibilities of automated speech assessment and develops tools that the matriculation examination of the future, among others, can utilise.

“The doctoral dissertation demonstrated that, for instance, articulation rate is a feature independent of the language, which can be used to measure the oral proficiency level of the speaker,” Kallio says.

However, converting the acoustic stress realisations into a numerical parameter has been more difficult for researchers than, for example, measuring the rate of articulation. Kallio measured acoustic stress realisations with a signal processing technique based on wavelet transforms that had not previously been applied to the speech of language learners. The results of read speech analysis were promising: it was possible to differentiate between beginner and intermediate speakers with the help of an acoustic stress parameter.

The wavelet transform technique also exposed differences between groups, depending on the native language of the speaker. In fact, the effect of the native language on stress production in foreign languages should be investigated more comprehensively. A broader understanding of stress patterns – and, consequently, speech rhythm – will help develop not only language teaching but also assessment methods and tools.

Information about the doctoral thesis

Heini Kallio, MA, will defend her doctoral thesis in phonetics entitled ‘The prosody underlying spoken language proficiency: Cross-lingual investigation of non-native fluency and syllable prominence’ on 9 February 2022 at 14.00 at the Faculty of Arts, University of Helsinki.

Professor Emeritus Dafydd Gibbon from Bielefeld University will serve as the opponent and Professor Martti Vainio as the custos.