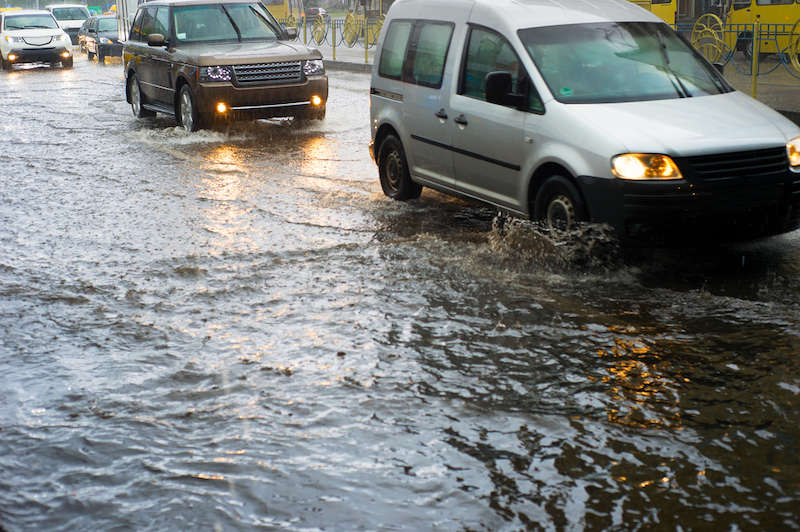 A study by a team of Potsdam scientists found that economic growth goes down when the number of wet days and days with extreme rainfall go up.

Rich countries are most severely affected and herein the manufacturing and service sectors, according to their study now published as cover story in the renowned science journal Nature, as per the press release by Potsdam Institute for Climate Impact Research (PIK).

The data analysis of more than 1.500 regions over the past 40 years shows a clear connection and suggests that intensified daily rainfall driven by climate change from burning oil and coal will harm the global economy.

"This is about prosperity, and ultimately about people's jobs. Economies across the world are slowed down by more wet days and extreme daily rainfall - an important insight that adds to our growing understanding of the true costs of climate change," said Leonie Wenz from the Potsdam Institute for Climate Impact Research (PIK) and the Mercator Research Institute on Global Commons and Climate Change (MCC) who led the study.

"Macro-economic assessments of climate impacts have so far focused mostly on temperature and considered - if at all - changes in rainfall only across longer time scales such as years or months, thus missing the complete picture," explains Wenz.

"While more annual rainfall is generally good for economies, especially agriculturally dependent ones, the question is also how the rain is distributed across the days of the year. Intensified daily rainfall turns out to be bad, especially for wealthy, industrialized countries like the US, Japan, or Germany."

Maximilian Kotz, first author of the study and also at the Potsdam Institute said they identify a number of distinct effects on economic production, yet the most important one really is from extreme daily rainfall.

"This is because rainfall extremes are where we can already see the influence of climate change most clearly and because they are intensifying almost everywhere across the world."

According to the release, the analysis statistically evaluates data of sub-national economic output for 1554 regions worldwide in the period 1979-2019, collected and made publicly available by MCC and PIK.

"The scientists combine these with high-resolution rainfall data. The combination of ever increasing detail in climatic and economic data is of particular importance in the context of rain, a highly local phenomenon, and revealed the new insights," it said.

The study reveals that it's precisely the fingerprint of global warming in daily rainfall which have hefty economic effects that have not yet been accounted for but are highly relevant, says co-author Anders Levermann, Head of the Potsdam Institute's Complexity Science domain, professor at Potsdam University and researcher at Columbia University's Lamont Doherty Earth Observatory, New York.

"Taking a closer look at short time scales instead of annual averages helps to understand what is going on: it's the daily rainfall which poses the threat. It's rather the climate shocks from weather extremes that threaten our way of life than the gradual changes. By destabilizing our climate we harm our economies. We have to make sure that our burning of fossil fuels does not destabilize our societies, too."