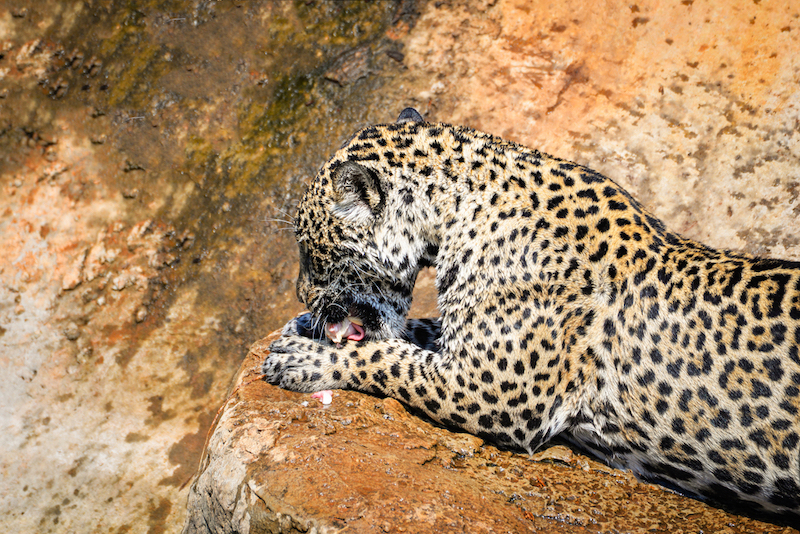 According to new research by the University of Southern Denmark, carnivores are more likely to have cancer than herbivores.

The research has been published in the 'Nature Journal'.

Nonetheless, to what extent are animals exposed to cancers and how often is their health affected by this disease has been little known so far. This is not a surprise, as in wild animals any serious illness will likely result in the untraceable death of the animal due to starvation or predation. Moreover, cancer is an age-associated disease, where old individuals are more prone to develop the disease.

Consequently, the risk of cancer in wild animals, where age is rarely known is difficult to estimate. Therefore, in order to explore how often do animals face cancer, this research focused on zoo animals, where individuals are followed throughout their lives.

Using data on 191 species and 110,148 individual mammals, this research demonstrated that cancer is a ubiquitous disease of mammals and it can emerge anywhere along the mammalian phylogeny.

The research also highlighted that cancer risk is not uniformly distributed along the phylogeny of mammals. For instance, Carnivores are particularly prone to be affected by cancer (e.g. over 25 per cent of Clouded leopards, Bat-eared foxes and Red wolves die of cancer), while ungulates appeared consistently highly resistant to this disease.

The study also addressed a fascinating evolutionary question. Tumours are diseases of mutational origin, and mutations usually arise during cell division. Consequently, animals with larger bodies and longer lifespans that have undergone more cell division are likely to have a higher risk of developing tumours.

This theory has been supported by several studies in humans, for example, where greater body size (height) is associated with a higher risk of cancer. However, these correlations do not seem to hold across species, as an elephant and a mouse have a similar likelihood of developing cancer, even though their lifespans and body sizes differ by orders of magnitude. The discrepancy in the effect of body size and life expectancy on cancer risk is known as Peto's paradox.

This research provided proof that cancer risk is largely independent of body mass and life expectancy across mammals, providing thus unequivocal evidence for the validity of Peto's paradox. This result provided support for the claim that evolution has fashioned more and more efficient tumour suppressor mechanisms along with the evolution of extended longevities and/or larger body sizes.

"Overall our work highlights that cancer might represent a serious and significant threat to animal welfare, that need considerable scientific attention, especially in the context of recent environmental changes caused by humans," said co-author Fernando Colchero, University of Southern Denmark.

Moreover, a better understanding of cancer risk and resistance in various animal species can provide major advancements in the quest for natural anticancer defences and could revolutionize cancer medicine. For instance, studying species that are highly resistant to cancer, can provide basic information for the development of bio-mimetic natural cancer treatments, which, contrary to most cancer treatments are non-toxic to the host.