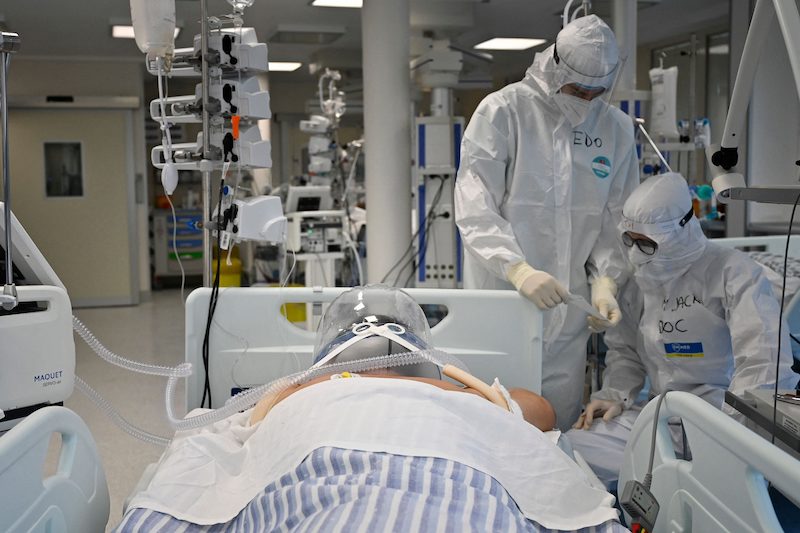 The study has been published in the 'Nature Cell Biology Journal'.

This study offered a roadmap to understand how severely injured lungs can remodel and scar and provided a potential pathway to reverse the remodelling by targeting the abnormal stem cells differentiation.

It has been previously accepted that the regenerative capacity of resident stem cells of the alveolus (AEC2s), operated similarly in mice and humans. The researchers unexpectedly found that human AEC2s (hAEC2s), unlike mouse AEC2s, robustly transdifferentiate into functional basal cells with cues from pathological fibroblasts.

Furthermore, the discovery that hAEC2s can generate pathologic transitional cell types and basal cells provided experimental confirmation of a stem cell trajectory that is seen in diseased human lungs.

"The first time we saw hAEC2s differentiating into basal cells, it was so striking that we thought it was an error," said Peng.

"But rigorous validation of this novel trajectory has provided enormous insight on how the lung remodels in response to severe injury, and a potential path to reverse the damage," Peng added.

The common finding of transitional cells in hAEC2-derived organoids as well as hAEC2 xenografts and in histologic analyses of fibrotic lungs, suggested hAEC2s are a major source of metaplastic basal cells in diseases with severe alveolar injury.

The study provided the groundwork for future research to identify therapeutic targets that might prevent or reverse metaplastic differentiation in severe lung injury, and whether other components of the fibrotic niche such as endothelial cells and immune cells are able to drive the metaplastic phenotype.