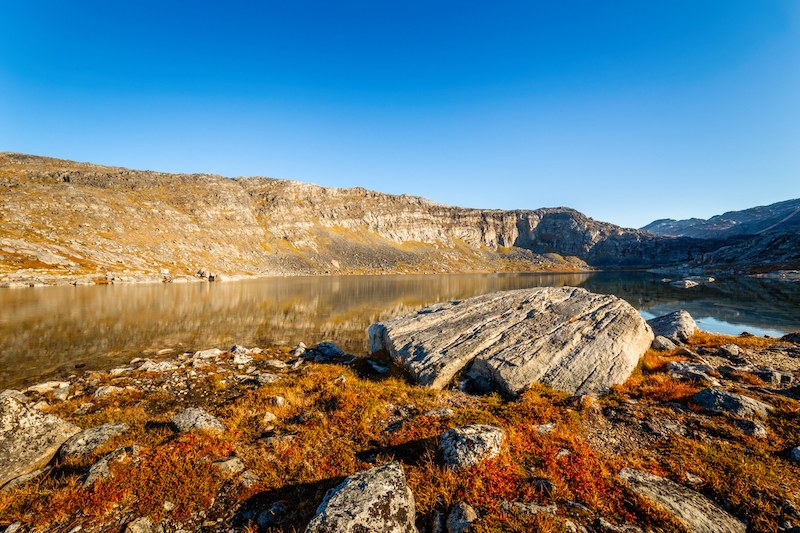 Scientists at Bigelow Laboratory for Ocean Sciences have discovered the availability of carbon in Greenland's waters is shifting poleward and appearing earlier than in previous decades.

The research was published in the journal Progress in Oceanography by lead author Maria Vernet from the Scripps Institution of Oceanography at the University of California, San Diego.

This finding will enhance understanding of carbon cycling and nutrient availability in this rapidly warming and changing environment.

Phytoplankton are arguably the most important organisms in the ocean. Directly or indirectly, almost all life in our global waters depends on their activity. In a new study, a team of researchers have mapped how the activity of these microscopic plants affects critical waters around Greenland, which impact important regional fisheries and even nutrient availability around the globe.

The researchers found that the seasonal availability of carbon produced by phytoplankton is shifting poleward and appears for longer than in previous decades. The discovery will enhance scientists' understanding of carbon cycling and nutrient availability in this rapidly warming and changing environment.

During photosynthesis, all plants convert carbon dioxide into food by harnessing energy from the sun. The food they create, in the form of organic carbon, is critical to life. This process is called primary production and plays a major role in the global carbon cycle. In the ocean, almost all primary production is performed by phytoplankton.

"Everything depends on the carbon produced by phytoplankton, no matter where you are in ocean waters," said Bigelow Laboratory Senior Research Scientist Paty Matrai, one of the paper's co-authors. "If there is no primary production, then there is no new carbon being created, and the many animals that depend on it have nothing to feed on."

Arctic phytoplankton growth patterns have already been significantly altered due to climate change. The fish that feed on them have had to adapt, along with the industries that rely on them. A better understanding of these changes is needed to plan ahead.

The researchers looked at a 10-year time period from 2008 to 2017 in seven regions around Greenland to understand where and when primary production was happening. They found the rates to be higher in southern regions where water is more influenced by the North Atlantic. They also discovered that phytoplankton blooms began in the south around April and in the north around June.

"There is extreme seasonality and great diversity in what's happening with respect to primary production in these waters," Matrai said. "Greenland sits at an influential location, and understanding the waters around it may give us unique insights into global ocean processes."

Greenland is at the intersection of complex interactions between Arctic Ocean and Atlantic Ocean currents, and the waters off its shores are part of both systems. As the planet warms, more temperate conditions, along with the nutrients and organisms that prefer them, are moving up from the south.

Its waters are also a mixing spot for saltwater and melting freshwater. Over 80 percent of its landmass is covered by the Greenland ice sheet. As it melts due to global warming, it sends an influx of cold freshwater into the ocean from the north. This could have significant impacts on the physical and biological processes in the North Atlantic including ocean convection, nutrient availability, and primary production.

The waters around Greenland are notoriously difficult to study. Rough weather, complex ocean conditions, and shifting sea ice make sampling dangerous. Although the fjords on its western side have been better studied, less is known about the fjords and continental shelf to the east.

The researchers used two independent mathematical models to calculate primary production around the island. One was based on ocean color, which can be used as a proxy for phytoplankton and other life, and the other on ocean biology and physical characteristics.

The team also found that most of the carbon from primary production around Greenland sinks, which impacts ocean ecosystems below surface waters. In contrast, scientists have long thought unused carbon that remains at the surface becomes carbon dioxide and returns to the atmosphere.

The study showed that up to 75 percent of the annual production is exported deep into the ocean, with the highest amounts sinking in the regions closer to the Arctic. This means the carbon could play an additional, unexpected role in global cycles because it would be swept into deep ocean currents moving around the planet.

Most organisms live in surface waters of the ocean, where sunlight fuels photosynthesis. Scientists have used this region as the model for how food webs and nutrient cycles operate. However, when carbon produced near the surface sinks, it becomes accessible to a different set of organisms. This opens up new possibilities for ecosystem dynamics and discovery.

The researchers aim to build on these results to understand longer-term patterns of primary production, how they will be affected by climate change, and how that will affect marine life.

"As melting sea ice allows sunlight to reach more ocean waters, it creates additional habitats for photosynthetic organisms and more potential for primary production," Matrai said. "Better understanding the role of primary production can help us anticipate changes in this critical environment and provide an opportunity to adapt to them."