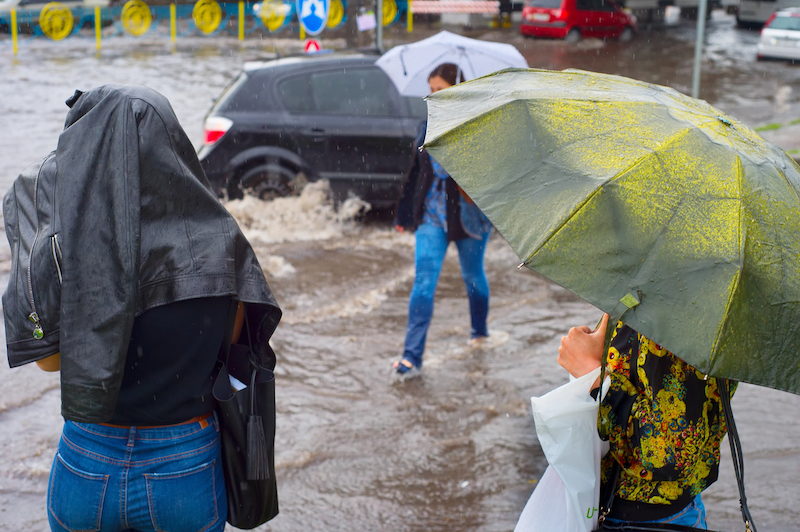 These events include heatwaves, droughts, and intense rainy periods. Especially in Europe, but also in Russia, persistent weather patterns have increased in number and intensity over the last decades with weather extremes occurring simultaneously at different locations.

"In our study, we show that persistent weather conditions have an increasing similarity in summer over the North Atlantic, Europe and Siberia, favouring more pronounced extreme weather events. In Europe alone, about 70 percent of the land area is already affected by more persistent weather situations," said Peter Hoffmann from the Potsdam Institute for Climate Impact Research (PIK), lead author of the study published in Nature scientific reports.

He continued, "This means that people, especially in densely populated Europe, will likely experience more and also stronger and more dangerous weather events."

To prove this, the scientists analysed the persistence of specific weather conditions. They applied established image comparison methods on atmospheric data, comparing millions of successive weather circulation patterns worldwide over the last 40 years. They especially looked at two individual extreme events, the 2010 heatwave over Russia and the extraordinarily dry summer over Europe in 2018.

"We found that weather patterns, in general, are more persistent now than some decades ago," said Hoffmann, adding, "Especially in summer, heat waves often last longer now, and also rainfall events tend to linger longer and to be more intense. The longer these weather conditions last, the more intense the extremes can become, both on the warm and dry side as well as on the steady rain side."

The rise in persistent weather conditions is to a large extent due to dynamic changes in the atmosphere as the westerly winds tend to stop pushing forward weather systems which therefore become more persistent, turning some sunny days into heatwaves of several weeks as well as intensive rainfall into floods.

Climate models might underestimate the rise in persistent weather patterns

Like the eye of a knowledgeable observer, the new image comparison method systematically scans atmospheric fields and helps to assess to which extent successive weather circulation patterns change over time or remain stable.

Fred Hattermann, the co-author of the study and also a scientist at PIK, explained the potential of the new approach: "Our method crucially improves the interpretation of long-term climate impacts. When applying the same methodology to climate model output, we do not see a comparable increase in weather persistence, especially not over Europe. Climate models may have been a bit too conservative, underestimating the rise in weather persistence - thus underestimating weather extremes over Europe." This becomes even more important with ongoing climate change.

"Recent events and ongoing research have shown that the number and intensity of extreme events have increased due to the global rise in temperature," concluded Hattermann. "To counteract this worrying trend, the goal has to be to reduce global greenhouse gas emissions and by doing so limit climate change."