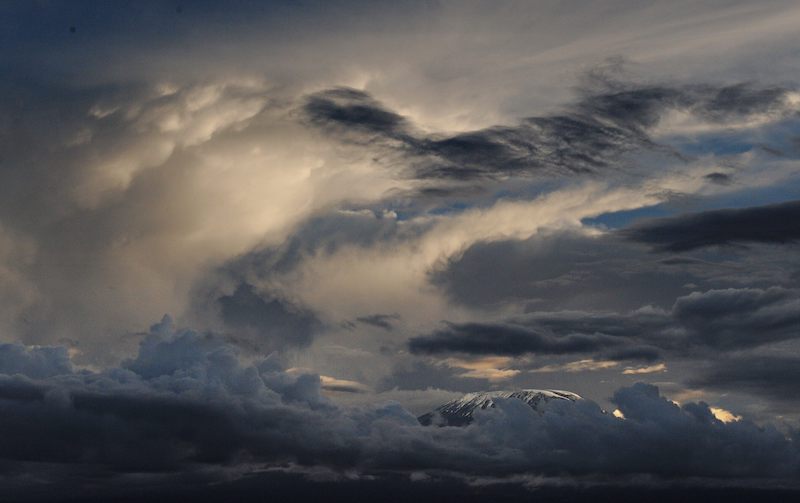 Climate change is having an increasing impact on the structure of Earth's atmosphere, a new international study shows.

The research, published in Science Advances, draws on decades of weather balloon observations and specialized satellite measurements to quantify the extent to which the top of the lowest level of the atmosphere is rising. That region, the tropopause, is pushing up the boundary with the stratosphere by about 50-60 meters (about 165-195 feet) per decade.

The rising is caused by warming temperatures near Earth's surface that are causing the lower atmosphere to expand.

"This is an unambiguous sign of changing atmospheric structure," said Bill Randel, a scientist at the National Center for Atmospheric Research (NCAR) and co-author of the new study. "These results provide independent confirmation, in addition to all the other evidence of climate change, that greenhouse gases are altering our atmosphere."

The international research team was led by scientists at Nanjing University in China. The study was supported in part by the National Science Foundation, which is NCAR's sponsor.

The height of the tropopause, an atmospheric region that divides the dense and turbulent troposphere from the overlying and more stable stratosphere, ranges from about 5 miles above Earth's surface at the poles to 10 miles at the equator, depending on the season.

The location of the tropopause is of interest to commercial pilots who often fly in the lower stratosphere to avoid turbulence, and it plays a role in severe thunderstorms, whose overshooting tops sometimes drive the tropopause higher and drawdown air from the stratosphere.

The steadily increasing height of the tropopause in recent decades does not significantly affect society or ecosystems, but it illustrates the wide-ranging impacts of greenhouse gas emissions.

Previous scientific studies have shown that tropopause is rising. This was not only because of climate change but also because of cooling in the stratosphere associated with ozone depletion. The 1987 Montreal Protocol and subsequent international agreements to restrict emissions of ozone-destroying chemicals, however, have successfully reversed the loss of ozone and stabilized temperatures in the lower stratosphere.

Randel and his co-authors pulled together newly available data to analyze how much tropopause is continuing to rise now that stratospheric temperatures are no longer have a significant impact.

They turned primarily to two sources of information. One was a recently updated archive of observations from radiosondes, which have been lofted high into the atmosphere for decades on weather balloons to measure atmospheric properties.

Because the radiosonde data is most detailed over land areas of the Northern Hemisphere between 20 and 80 degrees in latitude, the new study focused on the rising height of the tropopause in that region.

The scientists also analyzed observations from specialized satellite instruments dating back to 2002 that probe the atmosphere by measuring the degree to which Global Positioning System (GPS) radio signals bend and slow as they pass through the atmosphere.

This innovative technique, known as GPS radio occultation, was pioneered in part by an array of satellites known as COSMIC (now COSMIC-2), whose data is processed and disseminated by the University Corporation for Atmospheric Research, which manages NCAR.

The research team then applied statistical techniques to account for the impact of natural events that temporarily change atmospheric temperatures and affect the tropopause, such as volcanic eruptions and the periodic warming of surface waters in the eastern tropical Pacific Ocean known as El Nino. This enabled them to isolate the role of human-induced warming.

Their analysis of radiosonde observations showed that the tropopause has increased in height at a steady pace since 1980: about 58-59 meters per decade, of which 50-53 meters per decade is attributable to human-induced warming of the lower atmosphere.

This trend has continued even as the influence from stratospheric temperatures has waned, demonstrating that warming in the troposphere is having an increasingly large impact.

The satellite observations taken since 2000 verified that the height of the tropopause has increased over the past two decades.

"The study captures two important ways that humans are changing the atmosphere. The height of the tropopause is being increasingly affected by emissions of greenhouse gases even as society has successfully stabilized conditions in the stratosphere by restricting ozone-destroying chemicals," Randel said.