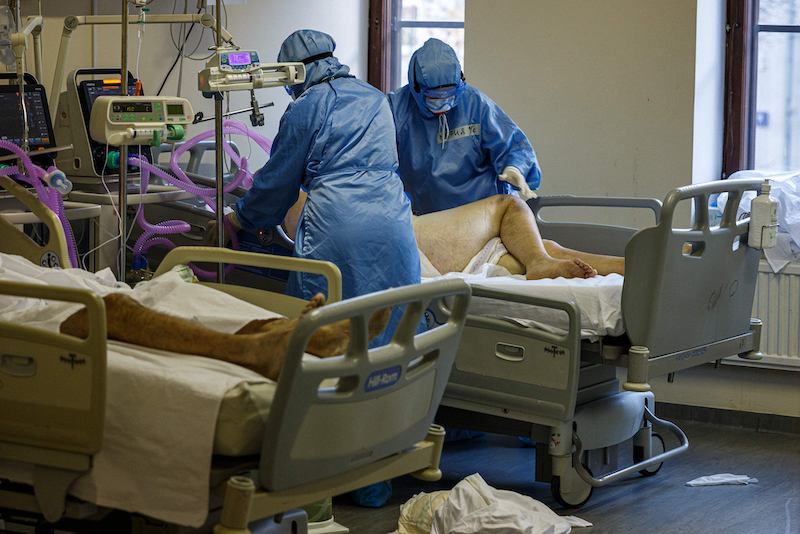 Ludwig Maximilian University of Munich researchers say that COVID-19 reduces the numbers and functional competence of certain types of immune cells in the blood.

This could affect responses to secondary infections. The findings were published in the journal PLOS Pathogens.

The SARS-CoV-2 coronavirus causes moderate to severe disease in 3-10 percent of those infected. In such cases, the immune system overreacts to the virus, triggering an aberrant innate immune response that is characterized by systemic inflammation, intravascular blood clotting and damage to the cardiovascular system.

A team led by immunology professor Anne Krug at LMU's Biomedical Center (BMC), which included many researchers based at the BMC and the LMU Medical Center, has carried out a comprehensive study of this phenomenon and uncovered hitherto unknown effects of the virus on the immune system.

In the journal PLOS Pathogens, they report that, following infection with SARS-CoV-2, the numbers of immune cells called dendritic cells in the circulation decline, while the functionality of the remaining fraction is impaired.

The authors believe that this could make patients more susceptible to secondary infections during, and immediately after recovery from a bout of COVID-19.

Dendritic cells (DCs) are responsible for initiating immune responses against invasive pathogens. They do so by activating helper T cells, which in turn stimulate B cells to secrete antibodies directed against the invader. Krug and her colleagues set out to determine the effects of moderate to severe coronavirus infection on this process. They analyzed blood samples obtained from 65 COVID-19 patients who had been treated at the LMU Medical Center.

They found that there were fewer DCs in these samples than in the blood of healthy controls. Furthermore, DCs isolated from the blood of patients showed a reduced ability to activate T cells.

"We had actually expected that DCs isolated from patients infected with SARS-CoV-2 would activate T cells more potently than DCs obtained from healthy donors," says Krug.

"However, we discovered that, in the course of the disease, the proteins present on the surface of the DCs in patients' blood were altered in a way that made them more likely to inhibit T cell responses." In spite of this, by 15 days after diagnosis 90 percent of these patients had generated antibodies directed against the SARS-CoV-2 spike protein, and many of them had also activated a T cell response. - these responses are the hallmarks of a robust immune reaction against the virus. "So, the drop in the numbers and reduced functionality of DCs does not seem to have a negative impact on the immune response to the coronavirus itself," Krug says.

However, she is convinced that the reduced number and altered function of DCs is significant. It is conceivable that this might cause the immune system to react less strongly than expected to bacterial or other viral infections following recovery from COVID-19, but this possibility will require further clinical investigation.

What might account for the depletion of DCs in the blood and the decrease in their capacity to stimulate T cells? - Krug has several hypotheses to offer. It could in fact represent an appropriate regulatory process, she suggests. COVID-19 is often associated with vigorous inflammation reactions - so the phenomenon might be part of an attempt to downregulate inflammatory processes.

Dendritic cells might migrate from the blood into inflamed tissues, such as the lung, which could explain the fall in the numbers of DCs in the circulation. "However, we also found that the regeneration of dendritic cells is delayed," Krug points out.

The authors of the study believe that this phenomenon could weaken the ability of patients to mount effective immune responses to other pathogens during, and in the immediate aftermath of asymptomatic COVID-19 infection. The team will now explore this issue further in an effort to determine whether the effects of SARS-CoV-2 on DCs play a role in long-term COVID.