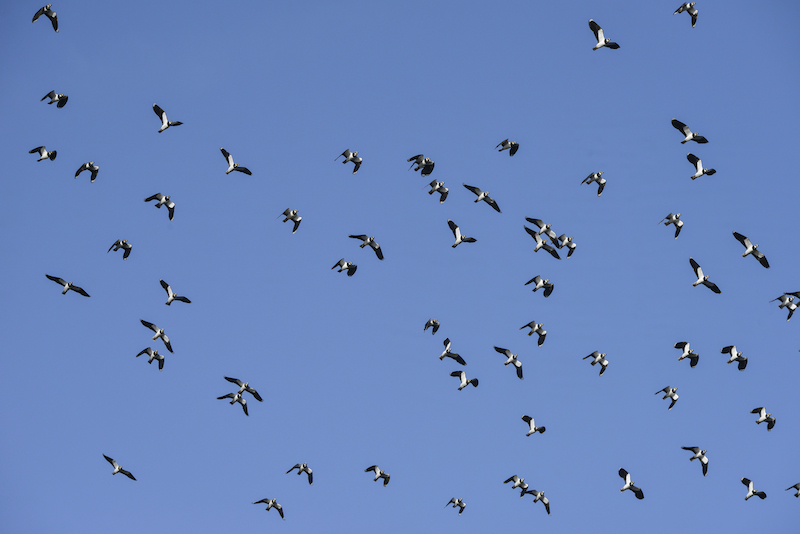 Animals that migrate north to breed are being put at risk by ongoing climate change and increasing human pressure, losing earlier advantages for migration, declining in numbers and faring much worse than their resident counterparts, according to the international research team, including scientists from the University of Bath.

The study was published in the journal Trends in Ecology and Evolution.

Many animals, including mammals, birds and insects migrate long distances north to breed, taking advantage of the seasonally plentiful food, fewer parasites and diseases, and the relative safety from predators.

However, the international research team, including scientists from the University of Bath, found changes in climate and increasing human pressure have eroded these benefits and in many cases led to lower reproductive success and higher mortality in migrating species.

The researchers warn that reduced advantages for long-distance migration have potentially serious consequences for the structure and function of ecosystems.

They highlighted 25 recent studies, describing how migration is becoming less profitable for various terrestrial animals, including caribou, shorebirds and Monarch butterflies, which migrate over 1000km during the summer to north temperate and arctic regions to breed, returning south in the winter.

Travelling such long distances is very costly in terms of energy but the benefits of food supply, fewer diseases and predators meant the benefits outweighed the cost, however, the researchers say this is no longer the case for many populations.

Whilst some animals might shift their breeding ranges slightly further north to compensate for the change in environmental conditions, migratory animals are hardwired to continue the dangerous trip each year to breed, despite the lack of benefit.

Dr Vojtch Kubelka, the leading author and former Visiting Researcher at the University of Bath's Milner Centre for Evolution, said, "These findings are alarming. We have lived with the notion that northern breeding grounds represent safe harbours for migratory animals.

"On the contrary, the numerous Arctic and North temperate sites may now represent ecological traps or even worse degraded environments for diverse migratory animals, including shorebirds, caribou or butterflies."

Food supplies and availability in the North may be climatically mismatched with the reproduction of migratory animals, incurring higher offspring mortality, as described for many migratory birds.

Also, new parasites and pathogens are emerging in the Arctic, creating new pressures, and top predators are increasingly preying on nests and eating eggs and chicks before they get a chance to fledge.

Dr Kubelka said, "Lemmings and voles used to be the main food source for predators such as foxes in the Arctic, however, the milder winters can cause rain to fall on snow and then re-freeze, preventing the lemmings from reaching their food."

"With fewer lemmings and voles to feed on, foxes eat the eggs and chicks of migratory birds instead.

"We've seen that rates of nest predation of Arctic migratory shorebirds has tripled over the last 70 years, in large part due to climate change."

Next to the concrete conservation measures, the authors propose a simple framework on how to map the stressors for migratory animals across the space and time, helping to distinguish among suitable, naturally improved or protected habitats on one hand and the ecological traps or degraded environments with reduced or eroded benefits for migratory behaviour on the other hand.

Dr Kubelka said, "The recognition of emerging threats and the proposed framework of migration profitability classification will help to identify the most endangered populations and regions, enabling the implementation of suitable conservation measures."

Professor Tamas Szekely, Royal Society Wolfson Research Merit Award holder at the University of Bath's Milner Centre for Evolution, said, "Animal migration from equatorial regions to the North temperate and the Arctic is one of the largest movements of biomass in the world. But with reduced profitability of migration behaviour and smaller number of offspring joining the population, the negative trend will continue and fewer and fewer individuals will be returning back to the North.

The Earth is a complex ecosystem -- changes in migration profitability affect populations of migrating animals which precipitate in alterations of species composition, trophic food webs as well as the whole ecosystem functioning.

"These patterns are particularly threatening for migratory animals as large numbers of those species are already negatively affected outside the breeding period, at their stopover sites and wintering grounds -- and many have formerly relied on the northern latitudes to provide relative safe breeding grounds," Szekely added.

Professor Rob Freckleton, from the School of Ecology and Evolutionary Biology at the University of Sheffield, said, "Our review highlights that there are possible threats to migratory species. There is a need for more research, and our article highlights solutions are really difficult because of the large areas involved."