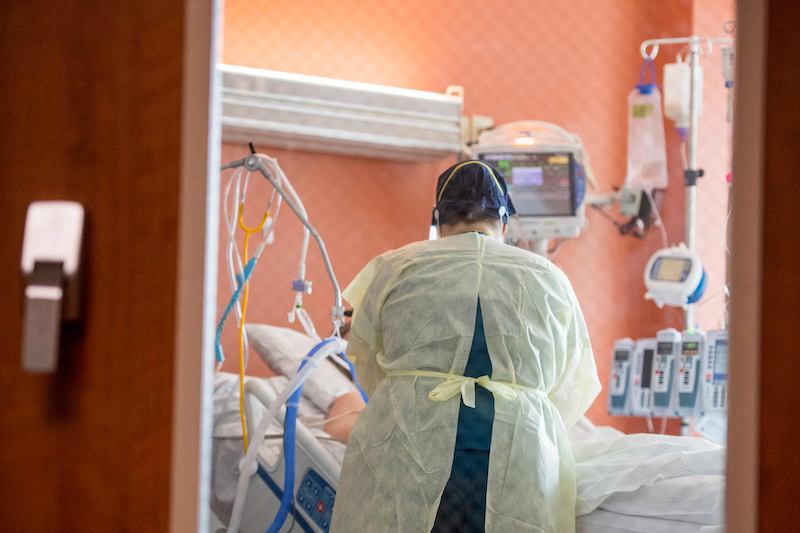 COVID-19 infection does not appear to affect the lung function of young adults, according to a recent study by clinical researchers.

These findings were recently presented at the virtual European Respiratory Society International Congress.

In the first study to investigate the impact of COVID-19 infection on lung function, researchers led by Dr Ida Mogensen, a post-doctoral fellow at the Karolinska Institute, Stockholm, Sweden, found that even patients with asthma did not show a statistically significant deterioration in lung function, although there was a trend towards slightly lower measurements for the amount of air they could exhale forcibly in one second - known as forced expiratory air volume in one second (FEV1), which is one of the measures of lung function.

A second study presented at the congress on Sunday showed that the lung function in children and adolescents was also unimpaired after COVID-19 infection, apart from those who experienced a severe infection.

Dr Mogensen said: "The COVID-19 pandemic has raised questions about if and how the lung is affected after clearance of the coronavirus infection, especially in young people from the general population with less severe disease. Until now, this has not been known."

Dr Mogensen and her colleagues gathered information from 661 young people with an average age of 22 years who were part of a large study that enrolled children born between 1994 and 1996 in Stockholm, and who have been followed by researchers ever since.

The most recent pre-pandemic clinical examination was carried out between 2016 and 2019. The examinations at the COVID-19 follow-up took place between October 2020 and May 2021. Collected data included measurements of lung function, inflammation, and white blood cells called eosinophils, which are part of the immune system.

Of the 661 participants, 178 (27 per cent) had antibodies against SARS-CoV-2 indicating they had been infected.

The researchers measured FEV1, FVC (forced vital capacity, which represents the volume of air in the lungs that can be exhaled after taking the deepest breath possible), and FEV1/FVC ratio, which is an indicator of narrowed airways.

They calculated the changes in lung function between the period before the pandemic and during the pandemic.

Then they compared the percentage change with participants who had not been infected.

"Our analysis showed similar lung function irrespective of COVID-19 history," said Dr Mogensen. "When we included 123 participants with asthma in the analysis, the 24 per cent who had had COVID-19 tended towards having a slightly lower lung function, but this was not statistically significant."

There was no difference in lung function among patients who had COVID-19 with respect to eosinophils, indicators of inflammation, allergy responses or use of inhaled corticosteroids.

"These results are reassuring for young adults. However, we will continue to analyse data from more people. In particular, we want to look more closely at people with asthma as the group in this study was fairly small. We are also curious as to whether the length of time after the infection is important, as well as the severity of disease and symptoms."

The second study, presented by Dr Anne Schlegtendal, a specialist in paediatric and adolescent medicine and paediatric pulmonology at University Children's Hospital, Ruhr-University-Bochum, Germany, looked at the long-term effects of COVID-19 infection between August 2020 and March 21 in 73 children and adolescents aged between five and 18 years.

Dr Schlegtendal said: "Although children and adolescents tend to suffer less severe symptoms from COVID-19 infection than adults, to date there is only preliminary evidence about long-term effects of COVID-19 on pulmonary function in children and adolescents. It's important to evaluate this given the fact that children worldwide will potentially get infected with SARS-CoV-2 as long as vaccines are predominantly reserved for adults and high-risk groups."

She and her colleagues carried out lung function tests between two weeks and six months following COVID-19 infection and compared the results with a control group of 45 children who had not been infected with the coronavirus but may have had some other infection.

The participants had different severity of the disease. An infection was considered severe if patients suffered breathlessness, a fever above 38.5 degrees Celsius for more than five days, bronchitis, pneumonia or stayed in the hospital for more than a day.

Nineteen children and adolescents in the COVID-19 group had persistent or new symptoms following SARS-CoV-2 infection; eight reported at least one respiratory symptom, six of whom suffered ongoing breathing problems and two had a persistent cough. Two of these eight patients showed abnormal lung function.

However, further analysis revealed a reduction in the volume of air in the lungs that can be exhaled after a deep breath - forced vital capacity - in patients who had suffered a severe infection, whether COVID-10 or some other infection," said Dr Schlegtendal.

"These findings should offer some reassurance to children, adolescents and their families. The severity of infection proved to be the only predictor for mild lung function changes and this is independent of a COVID-19 infection. The discrepancy between persistent breathing problems and normal lung function suggests there may be a different underlying cause, such as dysfunctional breathing, which is a problem that has also been identified in adults."

Limitations of the study include the small number of participants, the fact that they were recruited at a single hospital, that patients reported their symptoms, and a lack of information on long-term outcomes in the control group.

In addition, the COVID-19 group did not include those with severe breathing problems during the acute phase of the infection.

She said: "The findings from these two studies provide important reassurance about the impact of COVID infection on lung function in children and young adults. We know already that this group is less likely to suffer severe illness if they contract the virus, and these studies, which importantly include comparator groups without COVID-19, show that they are also less likely to suffer long-term consequences with respect to lung function.

"However, further research may shed more light on the effects for people with asthma or who suffer a severe respiratory infection, whether it's COVID-19 or due to another infective cause. These individuals may be more vulnerable to long-term effects on lung function and underline the importance for every eligible person to be vaccinated against COVID-19 to reduce overall spread of disease," she added.