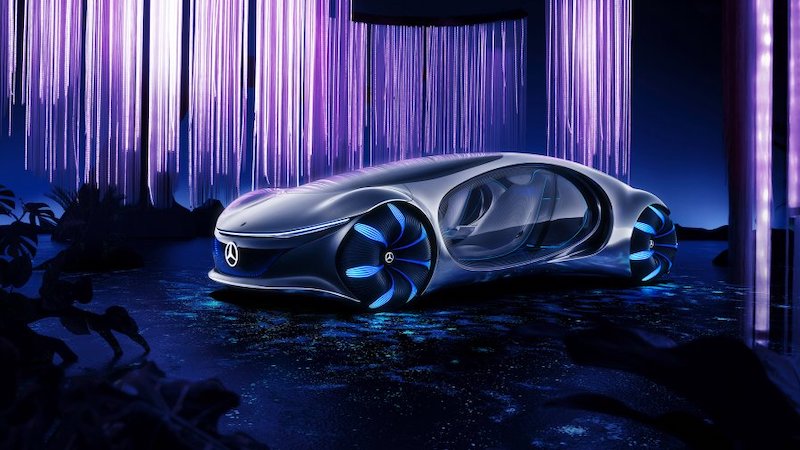 Automobile giant Mercedes-Benz, recently at the IAA Mobility 2021 show in Munich, Germany, displayed the next iteration of its Vision AVTR concept car, first shown at CES 2020.

According to Mashable, Mercedes-Benz has stated that the car now has tech that lets you perform certain tasks just by thinking about them.

It's based on visual perception. The car has light dots projected on the car's digital dashboard, and a BCI (brain-computer interface) device with wearable electrodes will be attached to the back of the user's head.

After a short calibration period, the device can record and measure brain activity, so when the user focuses on a specific light on a dashboard, the device can detect that and perform a certain task.

This is not something that is just theoretical as visitors of the IAA Mobility 2021 show could try the technology out for themselves by visiting the company's booth.

The Vision AVTR, a reference to the movie Avatar, in which the protagonists could establish a neural connection with the natural world on the moon of Pandora is Mercedes-Benz's most futuristic concept.

As per Mashable, the car has no steering wheel, has its back covered in scaly-looking "bionic flaps," and has wheels that can rotate far enough to allow the car to move sideways, among other futuristic technologies.