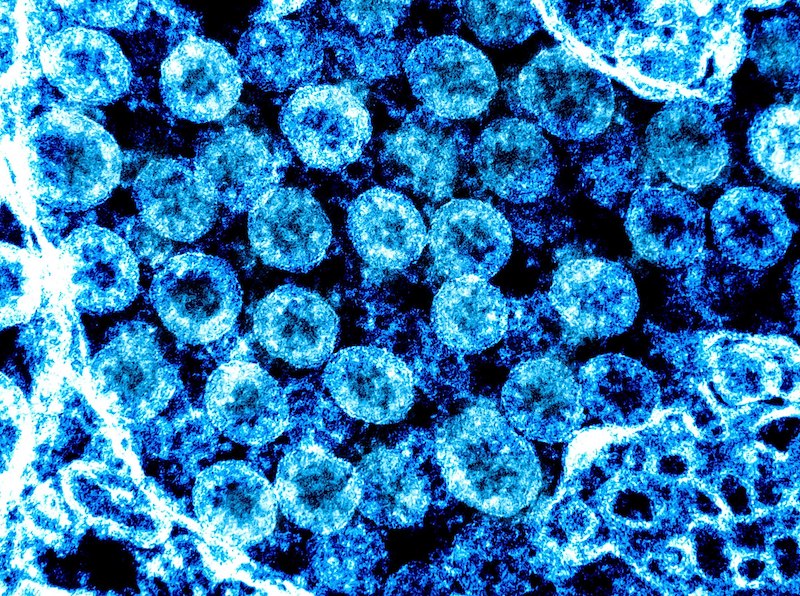 Since the beginning of the pandemic, researchers worldwide have been looking for ways to treat COVID-19. While the COVID-19 vaccines represent the best measure to prevent the disease, therapies for those who do get infected remain in short supply.

A new groundbreaking study from the University of Michigan (U-M) reveals several drug contenders already in use for other purposes--including one dietary supplement--that have been shown to block or reduce SARS-CoV2 infection in cells.

The study, published recently in the journal Proceedings of the National Academy of Science, uses artificial intelligence-powered image analysis of human cell lines during infection with the novel coronavirus.

The cells were treated with more than 1,400 individual FDA-approved drugs and compounds, either before or after viral infection, and screened, resulting in 17 potential hits. Ten of those hits were newly recognized, with seven identified in previous drug repurposing studies, including remdesivir, which is one of the few FDA-approved therapies for COVID-17 in hospitalized patients.

"Traditionally, the drug development process takes a decade--and we just don't have a decade," said Jonathan Sexton, Ph.D., Assistant Professor of Internal Medicine at the U-M Medical School and one of the senior authors on the paper. "The therapies we discovered are well-positioned for phase 2 clinical trials because their safety has already been established."

The team validated the 17 candidate compounds in several types of cells, including stem-cell-derived human lung cells in an effort to mimic SARS-CoV2 infection of the respiratory tract. Nine showed anti-viral activity at reasonable doses, including lactoferrin, a protein found in human breastmilk that is also available over the counter as a dietary supplement derived from cow's milk.

"We found lactoferrin had remarkable efficacy for preventing infection, working better than anything else we observed," Sexton said. He adds that early data suggest this efficacy extends even to newer variants of SARS-CoV2, including the highly transmissible Delta variant.

The team is soon launching clinical trials of the compound to examine its ability to reduce viral loads and inflammation in patients with SARS-CoV2 infection.

The trials are adding to the list of ongoing studies of promising repurposed drugs. Sexton noted that over the course of the pandemic, other drug repurposing studies have identified different compounds with potential efficacy against SARS-CoV2. "The results seem to be dependent on what cell system is used," he said.

"But there is an emerging consensus around a subset of drugs and those are the ones that have the highest priority for clinical translation. We fully expect that the majority of these won't work in human beings, but we anticipate there are some that will."

Remarkably, the U-M study also identified a class of compounds called MEK-inhibitors, typically prescribed to treat cancer, that appears to worsen SARS-CoV2 infection. The finding sheds light on how the virus spreads among cells.

"People going in for chemotherapy are at risk already due to a lowered immune response. We need to investigate whether some of these drugs worsen disease progression," said Sexton.

The next step, he noted, is to use electronic health records to see whether patients on these drugs have worse COVID-19 outcomes.

The work is one of the first major discoveries to come out of the new U-M Center for Drug Repurposing (CDR), which was established in November 2019, just as the pandemic began. The Michigan Institute for Clinical & Health Research (MICHR), with partners across campus, launched the Center with the goal of finding potential therapeutics for the thousands of human diseases for which there is no treatment.

"Repurposing existing therapeutic interventions in the clinical setting has many advantages that result in significantly less time from discovery to clinical use, including documented safety profiles, reduced regulatory burden, and substantial cost savings," said George A. Mashour, MD, PhD, co-director of MICHR and founder/executive sponsor of the CDR.