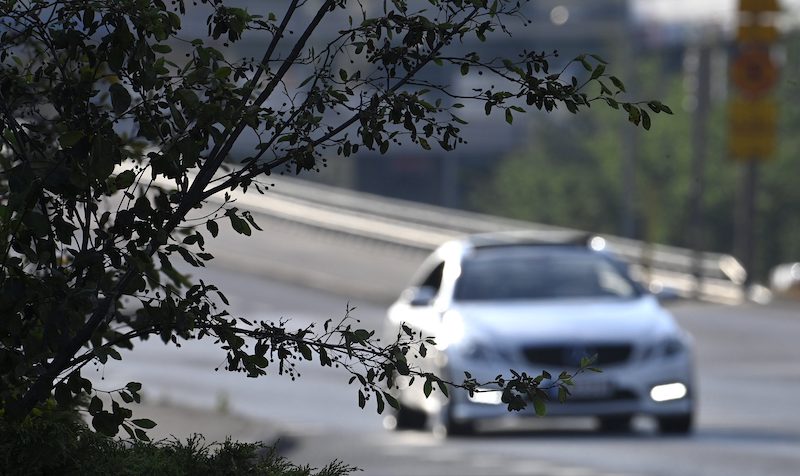 Reduced mobility induced by the COVID-19 restrictions had only minor influence on particulate pollution levels according to atmosphere studies in the Po Valley region of northern Italy. Eventually computer simulations indicated that the change in air quality led to an increase in secondary aerosol formation.

An international collaborative study led by University of Helsinki has conducted a holistic study to investigate the effects of COVID-19 restrictions on several air quality pollutants for the Po Valley region in northern Italy. The area is well known to have one of the worst air quality standards in Europe and is highly influenced by anthropogenic (human-led) activities. The study was done between research groups in Finland, Italy and Switzerland and the results were published in the journal Environmental Science: Atmospheres.

Scientists have combined air quality measurements and computer simulation data over several locations in the region. The resulting studies show that reduced emissions from traffic lead to a strong reduction of nitrogen oxides, while have had limited impact on aerosol concentrations, contributing to a better understanding of how air pollution is formed in the Po Valley.

Rethinking the sources of air pollution in the Po valley

The studies show that despite the large reduction in mobility of people and emissions from cars (which raise for instance nitrogen oxides concentrations), aerosols concentrations remained almost unchanged compared to previous years. Secondary formed pollutants like ozone, on the other hand, showed an increase in concentrations. These findings were confirmed by a computer model simulation that simulates the COVID-19 restriction on traffic, indicating that the increased overall oxidation capacity of the atmosphere might have enhanced the formation of new aerosols.

"You can think of the Po Valley region as a massive batch reactor with all sort of chemicals. Altering one of the "ingredients" can trigger non-linear responses in air pollutants concentrations", says Dr Federico Bianchi from the Institute for Atmospheric and Earth System Research (INAR) of University of Helsinki.

These studies shade new lights on the formation of air pollutants in the Po Valley region and on their sources. The conclusion is that the reduction in traffic emissions had little impact on particulate matter concentrations, possibly highlighting the importance of other emissions sources in the Po Valley area.

Carefully characterizing the evolution of such emission categories are of a vital importance to improve the understanding of the air pollution and to reduce the uncertainties in future air quality scenarios.