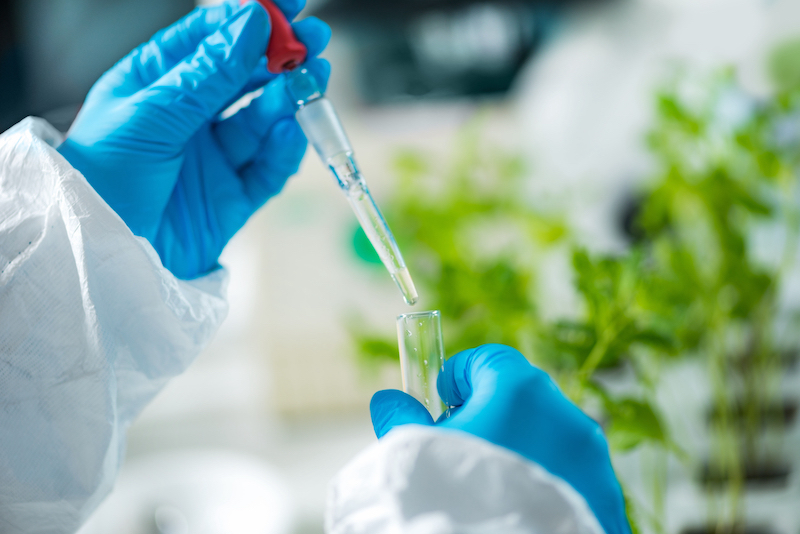 Slow Food is deeply alarmed by the European Commission's conclusions from the study on "new genomic techniques" which opens the door to the deregulation of new GMOs, ignoring the precautionary principle.

"Through the EU Green Deal and the Farm to Fork Strategy, the European Commission committed to accelerate the transition towards a truly sustainable food system.

By suggesting that EU GMO rules must be re-opened, the Commission is falling into the trap of pursuing techno-fixes rather than investing in and promoting agroecological systems that benefit farmers, local communities, and the wider environment," says Marta Messa, director of Slow Food Europe.

What does the Commission study say?

Today, the European Commission released its long-awaited study on new genomic techniques, which was requested by the Council of the EU in November 2019. The study concludes that:

- That to enable new GMOs to contribute to sustainability, "an appropriate mechanism to evaluate their benefits should be considered"

- Current EU GMOs rules are not fit for purpose.

The study then concludes that a new policy regulating new GMOs is needed. This is deeply alarming as it implies that the Commission is looking to weaken the rules currently regulating GMOs and gene editing. Commissioner Kyriakides, head of the EU Health department, states that "New Genomic Techniques can promote the sustainability of agricultural production, in line with the objectives of our Farm to Fork Strategy."

In 2018, the European court of Justice ruled that the exclusion of new GMOs from the EU GMO directive "would compromise the objective of protection pursued by the directive and would fail to respect the precautionary principle which it seeks to implement,". The European Commission is now dangerously contesting the ruling. If new GMOs will not undergo safety tests, will not be tracked, nor labelled, this will be bad news for European citizens onto whose plates new GMOs may make their way unnoticed and unlabelled, and for farmers and breeders, for whom guaranteeing new GM-free food will become increasingly difficult and costly.

- New GMOs wouldn't have to undergo a case-by-case risk assessment meaning that unsafe products could make their way onto EU supermarket shelves.

- No data would be available to track and trace the new GMO organisms and products that end up on the market as they would no longer need to be labelled.

- Severe damage to ecosystems and biodiversity could arise, as no measures could be taken against the uncontrolled spread of new GMO organisms in the environment. Agriculture and food production relying on GMO-free sources could no longer be protected.

"The Farm to Fork Strategy aims to provide consumers with better information so that citizens can make informed choices and contribute to the transition towards more sustainable food systems. Deregulating new GMOs would mean there would no longer be required to be labelled, in complete contradiction with the aims of the Farm to Fork Strategy. We urge the Member States to defend the precautionary principle, citizens safety, farmers' freedom of choice and biodiversity," Messa says

Genetic engineering technology has evolved since the introduction of the first genetically modified (GM) crops more than 20 years ago. A set of new GM techniques has emerged that scientists collectively call 'gene editing'. Gene editing allows genetic engineers to modify existing genes rather than adding genes from other species. These new technologies are also referred to as "New Breeding Techniques" (agro biotechnology industry), "novel genomic techniques" (Council of the EU) or "new genomic techniques" (European Commission). Slow Food calls these new techniques of genetic engineering "New GMOs" as, according to the ECJ ruling, these are legally and technically genetic modification techniques, and thus present the same risks.

In 2018, the European court of justice (ECJ) ruled that new GMOs must be regulated as GMO under EU regulations, following the precautionary principle. The ECJ ruling means that the new generation of GM crops and seeds should go through safety checks, an authorization process and be labelled before they can be placed on the market, to guarantee farmers, food producers and consumers the right to know whether a food product contains GM organisms or not.

Slow Food has a long-standing position against GMOs due to the risks they present to biodiversity, the threats they pose to small-scale farmers' livelihoods, and to the fact that they are incompatible with an agricultural system based on agroecology. In addition, products from genomic techniques are covered by patents owned by a handful of multinationals. Patents on seeds have negative economic consequences for the agricultural sector, including monopolization and concentration of the seed market. GM agriculture fosters the development of intensive monocultures, posing a growing threat to the survival of traditional seeds and rural communities themselves, who are increasingly deprived of their means of production and livelihoods.

The EU must fully implement the European Court of Justice's ruling of 2018 and ensure new GMOs are subject to basic safety checks and authorization requirements. A letter was sent to European Commission vice-president Timmermans on 30 March 2021 warning, among others, of the risks of deregulating new GMOs.