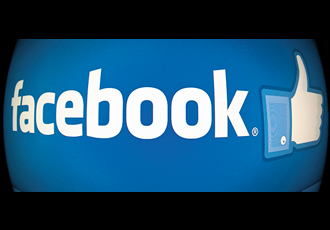 Clicking “like” on Facebook on pages for Wikipedia, hugs and R&B doesn’t seem like you’re giving away profound information that provides a window into your soul. How much can such benign stuff say about you anyway?

University of Cambridge and Stanford University researchers found that taking stock of an individual’s Facebook likes creates a strikingly-accurate personality assessment — even more accurate than an assessment done by friends and family. Their findings appear in a new study published on 12 January by the journal Proceedings of the National Academy of Sciences.

So they created a computer model that went through the Facebook “likes” of 86,220 volunteers who provided access to that data – including likes of pages, articles, musicians, books, statuses, you name it. Those volunteers also completed a 100-question surveys via the app myPersonality.

Researchers found certain likes correlated to particular traits. For instance, liking meditation and David Bowie correlated with liberal and artistic openness. Liking Lil’ Wayne and Mike “the Situation” Sorrentino went along with outgoing and active extraversion. Oh, and liking Wikipedia correlates with being shy and reserved; hugs with being cooperative; and R&B with being with well-organised. (You can try it yourself here. It may not work if you don’t have enough likes or if they are set to private).

MyPersonality users also had their personalities judged by friends and family on Facebook via a 10-question survey, and researchers also examined roughly 30 previous studies on how well humans judged others’ personalities.

Taking all of that data into account, the researchers found that their computer model more accurately predicted an individual’s personality than actual humans could.

“We were surprised to find that actually computers are beating us at something we excel at,” Kosinski said.

Husbands and wives seemed to know their partners best of all; the computer model needed 300 likes to outperform an individual’s spouse.

How is it that computers do so well in measuring traits that are so innately human? Part of the reason may be because the algorithm can analyse a lot of data all at once, and it doesn’t discriminate – it has a perfect memory, so to speak. “The more likes you give to the computer, the more accurate the picture becomes,” Kosinski said.

But people, well, we carry a lot of biases. We have a tendency to project traits we think are good onto those people we like, Kosinski said. We also have short-term memory; say you just hung out with your friend last week and had a great time. You may now rate him as outgoing because of your recent experience, regardless of things that may have happened in the past, Kosinski said.

While these researchers had previously found that Facebook likes can accurately predict certain psychological and demographic characteristics, the findings of this recent study could have some major implications for the use of hard data on everything from online dating to career recruitment.

“This is an emphatic demonstration of the ability of a person’s psychological traits to be discovered by an analysis of data, not requiring any person-to-person interaction,” the authors write. “It shows that machines can get to know us better than we’d previously thought, a crucial step in interactions between people and computers.”

“Emotionally-intelligent and socially skilled machines” could be features of the not-too-distant future, Co-lead author Wu Youyou of Cambridge said in a statement. “In this context, the human-computer interactions depicted in science fiction films such as ‘Her’ seem to be within our reach.”

Obviously, there are limitations; computer models won’t work on people without a public, digital footprint, and people may be much better equipped to judge certain traits in others.

While such a discovery may startle some, Kosinski said he isn’t a proponent of shutting down access to data, but rather providing users with the ability to control their privacy. “Companies should give users the choice if they don’t want to give you the (digital) footprint,” he said. Plus, he adds, phone and credit card companies already know so much more about you than Facebook does.

So, go ahead and like away on Facebook — just know that you may be revealing something profound in the process.