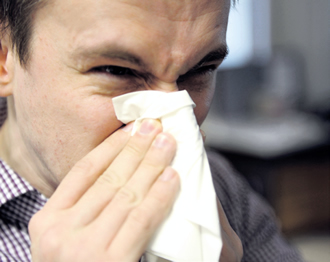 ResearcheRs at Yale University in the US have finally found an answer to why a cold often leads to the flu. When a nose cools down in lower temperatures, the immune system's ability to stop the virus from spreading decreases.

It has long been known that the most typical cause of mucous illness, rhinovirus, increases more quickly in a cold nose than in the warmth of the lungs, but it hasn't been known why.

Most studies have focused on determining the effect of cold air directly on the virus. Now, however, researchers have changed course and given attention to the nose's immunology.

Researchers compared the cell structure in the nose mucous membrane immune system against the rhinovirus in temperatures of 37 and 33. They found that in a cold environment, the immune system's ability to prevent the proliferation of the virus was clearly diminished.

It is because of this that the virus finds it easier to proliferate in a cold environment than in a warm one, which increases the risk of mucous illness.

The researchers found that the effect of the cold environment was linked particularly to the immune system, rather than linked to a higher efficiency.

The study helps to understand why people can get a mucous illness for example on a hike in Lapland, where they don't meet another person.

Proceedings of the National Academy of Sciences published the study.