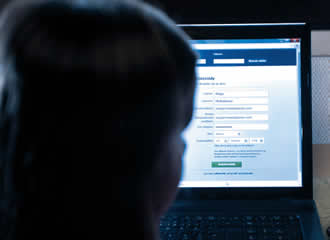 Children are increasingly exposed to hate messages, cyber bullying, pro-anorexia and self-harm sites but Finnish children and parents are generally more knowledgeable about online safety than those in other countries, revealed the EU Kids Online study published this November.

"A MATE once showed me a video about an execution. It was not fun, but insane. I got scared," explained one 15-year-old boy from Sweden to researchers who asked what bothers him online. This was one of the questions raised in the EU Kids Online project by European researchers from 33 countries, including Finland.

They have been studying the online behaviour of children aged 9-16 since 2006 and this latest study followed up on previous findings from 2010. It appears that since that time, children are now more likely to be exposed to hate messages (13-20 per cent), pro-anorexia sites (9-13 per cent), self-harm sites (7-11 per cent) and cyber bullying (7-12 per cent). Some 17 per cent of children also answered that they have been upset by something they've seen online in 2014, with pornography and violent content being their main concerns.

Despite this, the study also had some positive outcomes, with children now being less likely to make online contact with someone they don't know face to face. However, more are willing to meet an online contact offline.

Researchers divided participating countries into four parental categories: unprotected networkers; protected by restrictions; semi-supported risky gamers; and supported risky explorers. Finland is in the last category, as Finnish parents typically support their children and talk to them about online behaviour rather than setting restrictions.

Commenting on country-specific findings, researcher Annikka Suoninen said in an interview in the report that the main finding in Finland was that there were no significant findings and that children here are fairly educated on how to act online.

Although the situation is fairly good, there are still issues that need addressing in Finland. Lecturer and researcher at Tampere University, Reijo Kupiainen, explained that while the study focused on children aged 9-16, in Finland children regularly go online at the age of three. At this age, they do not have the same safety skills as older children.

These young children should go online with the help of parents or siblings, whose duty is to be aware of their internet usage and not use the internet as a "baby-sitter", which Kupiainen emphasises is usually the case.

The situation in Finland could be improved further by conducting better media education in schools and even at kindergartens, says Kupiainen. This would mean incorporating media education and pedagogical use of computers and other devices into the school curriculum. Kupiainen adds that media providers must also be aware of the risks on the Internet and offer young users strong safety settings.