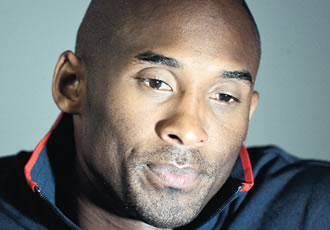 An international research team has looked into how the so-called Jennifer Aniston neurons work. The researchers found that these nerve cells do not respond to a visual stimulus as such but are seemingly programmed to fire only when a face is consciously recognised.

Some nerve cells in the region of the brain called the medial temporal lobe only become activated when they encounter a very specific stimulus. A cell may only fire when the person sees a picture of Hollywood actress Jennifer Aniston, while others respond selectively to images of Halle Berry, Kobe Bryant, the leaning tower of Pisa or the person's grandmother, which is why these neurons have also been dubbed grandmother cells.

The research team with members from the UK, the US and Germany studied the functioning of these cells by presenting volunteers with manipulated pictures of famous people. The images were amalgamations of the faces of two different celebrities, with the blended pictures featuring pairings such as Whoopi Goldberg/Bob Marley, Sylvester Stallone/Arnold Schwarzenegger, Uma Thurman/Nicole Kidman and Angelina Jolie/Halle Berry.

When neurologist Itzhak Fried discovered the Jennifer Aniston neuron in 2012, the find sparked a lot of speculation. Many scientists believed that the cell was the terminal point of a long chain of hierarchically organised cells, which all participated in the analysis of Aniston's facial features.

Under this hypothesis, neurons analyse separate features, such as the eyes, nose, chin, cheeks and smile, and only when the criteria set for recognising the face as Jennifer Aniston are met, the Jennifer Aniston cell fires up.

Fly in the face

The new study seems to fly in the face of this theory as the neurons did not respond to a visual stimulus, but only became active when the face was consciously recognised.

But does this mean that our brains contain separate cells for all objects and events we remember? This goes against our current understanding of memory formation, according to which individual memories are carried by groups of neurons and when we retrieve memories we always partly recreate them.

This could also mean that if our Jennifer Aniston cell was for some reason destroyed we would lose all our mental images of the actor.

Research team leader Professor Rodrigo Quian Quiroga from the University of Leicester proposed that these neurons are concept cells of some kind. Once the nerve cell has stored the abstract idea of Jennifer Aniston, our brain conjures up her image when we see her, regardless of the role she is playing, or even just hear or read her name.