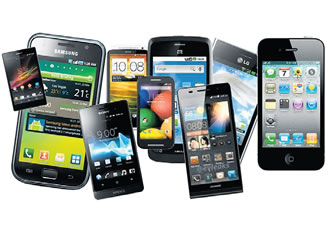 Phone models come and go and trends wax and wane but one thing remains the same: people are always talking about how long their phone battery lasts.

Professionals in the technology field strive to conduct their tests in a manner that allows comparison between them but no magazine or website has got the resources to study all the phones and models on the market.

But the Carat app, developed by UC Berkeley and the University of Helsinki, is up to the task. Once downloaded and installed, it takes measurements of the handset to monitor how quickly the phone runs out of juice.

If the battery charge drops from 90 per cent to 80 over an hour, and similar information is gleaned from other users' phones, it can be deduced that the battery will run out in ten hours on average.

Carat has now collected measurements from almost 770,000 users from around the world over the last two years. This is the first study on phones' battery lives published based on this data.

What do the results then reveal?

The batteries of these phones provide a good 16 hours of juice, and a whopping 19.5 hours in the case of the Samsung phone.

The top trio comprises some unusual devices as S4 Zoom is a cross between a smartphone and a compact camera, while Cat B15 is both water-proof and dust-proof.

Huawei Ascend G700, on the other hand, is a phablet, a smartphone with a large display, which also packs a lot of battery power.

Interestingly, the phones with the longest battery lives are not at the top end of the price spectrum nor do they figure among the latest models with the most extra features.

With the introduction of new models, Apple's phones are creeping up in the battery life standings as iPhone 3GS, the oldest Apple phone included in the test, ran out of juice already after 6 hours and 20 minutes.

Some models, such as iPhone 6 Plus, had to be excluded from the test as they have not been on the market long enough for a reliable comparison.

Nokia's Lumia phones are not included in the test as Carat is only compatible with Android and iPhone operating systems.

One factor that should be kept in mind when looking at the results is that Carat measures active phone usage and the results do not tell how long the battery would last if the phone was not being used at all.

The more users of a certain phone model have downloaded Carat on their handsets, the more reliable the results. If the results for the battery life had a margin of error wider than 10 per cent, the phone was dropped from the test.

In contrast to conventional battery drain tests where a standard test programme is run for all the phones, the results given by Carat can vary slightly between models. Playing games drains battery power and as cheap Android phones are not as likely to be used for playing as models with more high-spec functions, their battery performance may be artificially inflated in drain tests.

One interesting fact that emerges from the results is the importance of updating your smartphone operating system.

The operating system is software that runs all the phone's basic functions, including calls and internet connections. Updates for operating systems become available occasionally and by downloading them the user can gain new functions on their phone but the effect on the battery life is hardly ever systematically evaluated.

Data collected by Carat shows that 14 operating system updates have been made available for Samsung Galaxy S II, taking the system's version number from 2.3.3 to 4.4.2.

Phones using the oldest version of the operating system had a battery life of 6.5 hours while the later version could run almost an hour longer. In fact, version 4.3 packed the most battery power, only running out of juice after 9.5 hours.

A similar trend could be observed for Apple's phones. For iPhone 4S, operating system 5 lasted for 7 hours, while with the later version 7.0.6, the battery was able to push through more than 8 hours of use.

Based on these results, updating your operating system is not a waste of time, at least in respect to the phone's battery life.