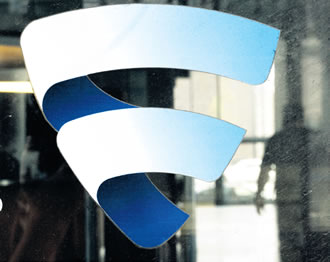 A number of Londoners unwittingly agreed to give up their first-born child in exchange for free Wi-Fi access, reported the British newspaper The Guardian recently.

The questionable terms and conditions people were asked to sign up to were part of an experiment carried out to study risks involved in the use of free Wi-Fi connections. Organised by the Cyber Security Research Institute, the experiment was sponsored by Finnish information security company F-Secure.

According to The Guardian, F-Secure were not planning to enforce the Herod clause of the term and conditions. "While terms and conditions are legally binding, it is contrary to public policy to sell children in return for free services, so the clause would not be enforceable in a court of law," the company said.

European law enforcement agency Europol had given its stamp of approval to the test organised in June. When people connected to a Wi-Fi hotspot set up for the test, they were promised free internet access but only if they "agreed to assign their first born child to us for the duration of eternity". Six people accepted the terms and conditions.

The idea of the test was to highlight the risks involved in Wi-Fi usage and raise public awareness of them.

According to The Guardian, a mobile hotspot device built for less than 200 euros using a Raspberry Pi computer the size of a credit card, a battery pack and Wi-Fi aerial was used for the experiment. The device was so small that hiding it in a public place was easy.

After the initial Herod clause experiment, the research continued without any terms and conditions being imposed. In Westminster, where 33 devices connected to the hotspot, the researchers were astounded to realise that the commonly used POP3 email protocol revealed passwords in plain text when used over Wi-Fi.

The vulnerability of the POP3 protocol has been known for 13 years now but no measures have been taken to fix the problem. F-Secure said to The Guardian that this was just one of the many ways malicious hackers can gain access to people's private data over Wi-Fi.

F-Secure said users are suffering because the usability of Wi-Fi networks has been given priority over security. People should be much more cautious about using public networks and never use unprotected Wi-Fi.