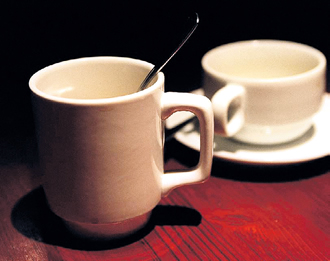 Coffee remains Finns' favourite beverage, despite studies showing that it is not beneficial to health. A large French medical study found that people consuming coffee have a significantly higher risk of dying from cardiovascular causes than people who do not drink coffee or tea.

Drinking tea, on the other hand, lowered the risk of death from non-cardiovascular reasons by 24 per cent, compared with not consuming tea or coffee.

The results were reported by the health news service MedicalXpress.

Coffee drinkers' risk of dying from cardiovascular diseases grew as the consumption increased, with the participants divided into groups based on whether they had one cup, two to four cups or more than four cups of coffee a day. Coffee drinkers were also more likely to smoke, which is known to increase the risk of cardiovascular disease. A contrasting trend was observed among tea drinkers.

"Tea drinking lowered the risk of non-cardiovascular death by 24 per cent and a trend towards lower mortality caused by cardiovascular disease was also seen," said Professor Nicholas Danchin while presenting the results in a medical conference.

According to Danchin, gender may also affect the mortality rate, with men drinking more coffee, while women are more likely than men to have tea.

Besides a person's sex and preference regarding a beverage, smoking may also play a role in the mortality rate. Danchin said that volunteers who drank coffee also smoked more often than people who did not consume coffee or tea.

The researchers followed more than 131,000 people from 2001 until 2008. All participants, between the ages of 18 and 95, reported no increased risk of cardiovascular disease before the study. Professor Danchin presented his team's results at the international ESC conference held in Paris at the end of August.