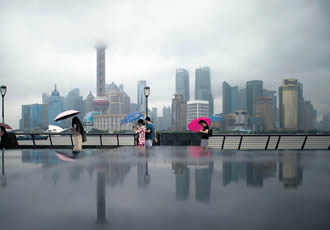 It will be several decades before we see a decline in the carbon dioxide emissions from power plants.

In a recent study, two American researchers calculated that the existing power plants will emit 300 billion tons of carbon dioxide into the atmosphere during their lifetimes. And that is without any new power plants being built.

The researchers from the University of California and Princeton University slam previous measurements for only factoring in the level of the current emissions. They based their calculations on the idea that emissions are linked to capital investments. Once an investment has been made and a power station built, the calculations must take into account the volume of carbon dioxide the power plant will emit during its whole life cycle, which the researchers estimated to be around 40 years.

Calculated on the basis of this principle, the fossil fuel power stations built in 2012 will produce emissions amounting to 19 billion tons during their lifetimes. The overall volume of carbon dioxide, 300 billion tons, produced by all the existing power plants, considerably exceeds the global emission limit, set to maintain the global warming below two degrees.

However, the last decade saw a higher number of new power stations being built than any other period in the history, while the number of old ones being closed down has been lagging behind.

"Instead of producing solutions to climate change, we are investing heavily in technology that contributes to the problem," says Davis. Things are looking up in the United States and Europe but China, India, Indonesia, Saudi Arabia and Iran have recently invested in new fossil fuel power stations.

The study was published in the journal Environmental Research Letters.