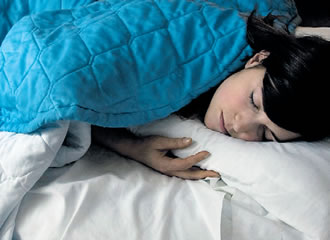 A new study has looked at a common, but often overlooked, reason behind sleep deprivation. The results showed that people fail to get a good night's rest simply because they keep putting off going to bed, a phenomenon the researchers dubbed bedtime procrastination.

The researchers were particularly interested in the psychological profile behind bedtime procrastination. Why do people not have an early night when they know it is good for them?

The researchers from Utrecht University have studied the link between procrastination and sleep deprivation before. In a recently published study they interviewed 200 volunteers on procrastination, self-discipline and general lifestyle. They found that people who lacked self-control in general also tended to put off going to bed at the time they had planned.

The result did not come as a total surprise as self-discipline has emerged as an important factor in many other health-related studies in the past. People with low self-regulation skills are more likely to succumb to the temptation of slouching on the sofa instead of going for a jog or find a piece of chocolate cake impossible to resist despite their decision to eat healthily.

The new study repeats the earlier research but with a much larger number of participants, with more than 2,000 volunteers between the ages of 16 and 93 interviewed. Besides filling in a questionnaire, the participants kept a sleep diary. None of them was diagnosed with a sleep disorder or had a job involving shift work.

The results again highlighted the link between self-discipline and sleep deprivation. People who reported getting the least sleep simply kept putting off going to bed until they failed to get sufficient rest. These people also found it difficult to stick to their decisions in other areas of their day-to-day lives.

The study could not decisively prove whether lack of self-discipline was the cause or consequence of insufficient rest as sleep deprivation may also lead to difficulties in self-regulation.

The study was published in the Journal of Health Psychology.