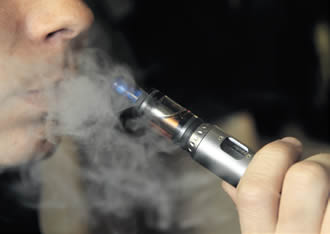 Contrary to common fears, electronic cigarettes do not cause nicotine addiction in non-smokers, reveals a British study. e-cigarettes may, however, affect the use of nicotine gum in nicotine replacement therapy.

Almost all e-cigarette users, or vapers, are people who either have smoked or are still smokers, with only about one per cent of Brits using e-cigarettes having never smoked, reports BBC, basing its news on a study published in March by the Action on Smoking and Health organisation.

The opponents of e-cigarettes have expressed concerns over e-cigarettes normalising smoking and leading to an increase in nicotine addiction. The new study, however, shows that the number of non-smokers trying out e-cigarettes is not growing.

In the UK, the popularity of e-cigarettes has tripled in two years, with the number of users totalling 2.1 million, 70 per cent of whom also smoke conventional cigarettes. Less than a third of vapers are ex-smokers.

Another recent study, the Smoking Toolkit Study, reveals that in the UK, e-cigarettes are rapidly replacing nicotine gum and other nicotine products as an aid to quitting smoking. Nicotine replacement products are steadily losing popularity in the UK.

Research team leader Professor Robert West told BBC that electronic cigarettes may be helping to reduce smoking as more people use them as an aid to quitting.

Hanna Ollila, an expert from the National Institute for Health and Welfare, says that in Finland e-cigarettes have not yet gained ground, even among smokers. Last year, only two per cent of adult Finns used electronic cigarettes. Of young e-cigarette users, only ten per cent had never smoked.

Ollila says that the conclusions of the effectiveness of e-cigarettes in quitting smoking are largely based on users' observations on the benefits of and reasons for using e-cigarettes.

"So far, we have no scientific evidence on the benefits of e-cigarettes in quitting smoking. Particularly young smokers don't seem to regard them as an aid to quitting. In Finland, young people who had the most experience in e-cigarettes were the least likely to be interested in giving up smoking."

Ollila says that according to the current care guidelines no recommendations can be made on use of e-cigarettes as research data on their effect and safety is lacking.